We all have Sharp Edges: How to Stop Hurting Other People. 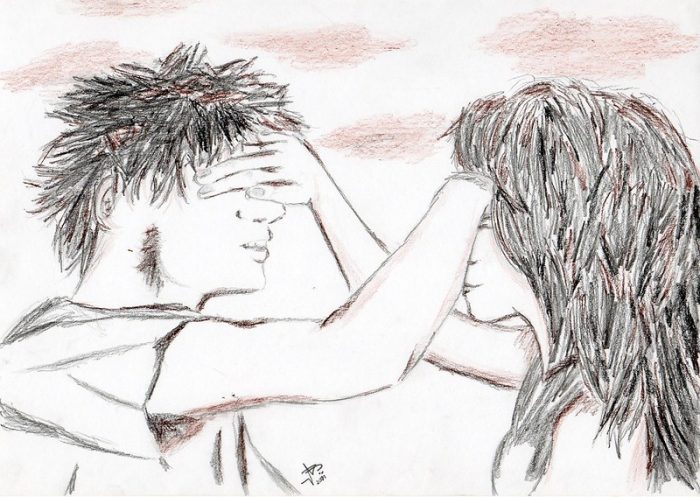 I’ve been observing the world from quarantine.

While watching the pain of others unfurl like ferns in spring, I can’t help but wonder, “If this is the pain we see, what about the pain that goes unseen?”—like my friends and family who can’t see their loved ones, and the not-so-distant strangers who have lost their job(s) or worse.

With life changing as much—and as quickly—as it has, how can we apply what we’re learning now to post-pandemic life? To how we interact and treat each other, and choose the right words for these interactions?

Because, at the end of the day, we all go through something even if we won’t admit it to ourselves, much less to anyone else. We all have unseen pain or “damages” that have a sneaky way of showing themselves to us, whether or not we’re in quarantine.

I like to call these sneaky bits “sharp edges” and, unbeknownst to most of us, we inadvertently bump into others with these edges that cause invisible scratches. Even the most well-intentioned act, when coming from a subconscious place of pain, can hurt others. Our “damages” can manifest in as many ways as there are people; one example is the oversharer.

Most of us have an “oversharer” in our circle. They like to share too much, be it information or things, as a way of connecting with others. This oversharing might have been a minor annoyance, something that we brush off because “they don’t mean anything with it.” But now, that “sharing” has manifested as intense attention and an overt need for external validation.

The sharer doesn’t set out to hurt anyone, to scratch someone with their sharp edge of need, but nonetheless, they do. That’s certainly not to say they’re a bad person—blame is not the name of this game—but I do believe that it’s a matter of self-awareness.

Now, think of the times you’ve overshared or lacked self-awareness. When you’ve “ear beaten” someone with something you just had to tell them (maybe they’ll get it), but the more you talk, the more you can feel them shutting down, and the more you wish you weren’t talking. You just scratched someone.

So, how do we stop unintentionally scratching people with our sharp edges? It’s the age-old question, one that’s built practices like mindfulness meditation and religions like Buddhism: how do we end suffering? How do we escape this circle of cause and effect? How do we, even when we aren’t aware of our sharp edges, mitigate the harm we unwittingly cause others?

Ultimately, I think we all need to try to be more self-aware because, at the end of the day, we’re all just trying our best. As humans, though, that means an imperfect result.

First, we need to change our language because it is powerful. “Damaged” is what we call things when they break. Let’s instead use words that befit human beings, not products off an assembly line.

Instead, let’s refer to the “damaged” as “people.” You’re a people, I’m a people, even your next door neighbor who bumps their bass at 2 a.m. is a people. We shouldn’t treat them like products that earn their worth in their ability to please others.

The words we use become our reality. And, as people, we’re all trying our best to not scratch others and to avoid being scratched ourselves.

However, recognizing that we’re all trying our best isn’t to say that when someone’s sharp edge comes up against ours, we brush it off like nothing has happened, or passively say as we do in the Midwest, “It’s fine!” when it really isn’t. It’s also not taking everything people say personally and internalizing their lapse of awareness, absorbing it into your “personal vault of hurts.”

In order to know you have an edge, it might take someone telling you you’ve hurt them for you to see it, and vice versa. Withholding that perspective from them in the name of being “polite,” not wanting to “rock the boat,” or being “strong” could be a disservice to us all—think of the next person they might end up scratching with that edge.

This is because we’re all connected; our actions affect ourselves, as well as others, and in often unwitting ways. And thus, we all need to be each other’s mirrors—either consciously or subconsciously reflecting portions of others back to them.

At first, you might feel compelled to reflect everything, starting with saying something to that 2 a.m.-bass-dropping-neighbor by whom you feel scratched. Pause before you start calling them out. Now is the perfect time to up your self-awareness game.

For example, when I feel scratched or triggered by someone else’s words or actions—by someone else’s edge—I take a moment to shift perspectives. The thought that “they’re so careless!” might come to mind, and I hold it there and examine it.

I often take this opportunity to also tune into my breath and body: am I taking shallow breaths? Are my shoulders tense? Then I ask myself: in what ways is this person reflecting one of my edges…how am I careless in areas of my life, or when have I had a lapse in self-awareness similar to this?

Awakening this inner mirror takes patience—for ourselves and others—and it might be clumsy, at first. As we try to polish our edges, our imperfect humanity meets someone else’s, but, in the end, our shared humanity will be all the better for it. 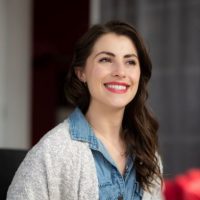 Meghan Meints is an RYT-200 yoga instructor that dabbles in herbalism. She’s also a marketing specialist by day, and writer by night, rekindling her passion for prose on… Read full bio

5 Ways being Self-Aware can Improve our Relationships. The Best Way to React when Someone Hurts Us. How Do I Stop Hurting?
See relevant Elephant Video