Your Protests Are Worse Than Useless. ~ Ben Ralston 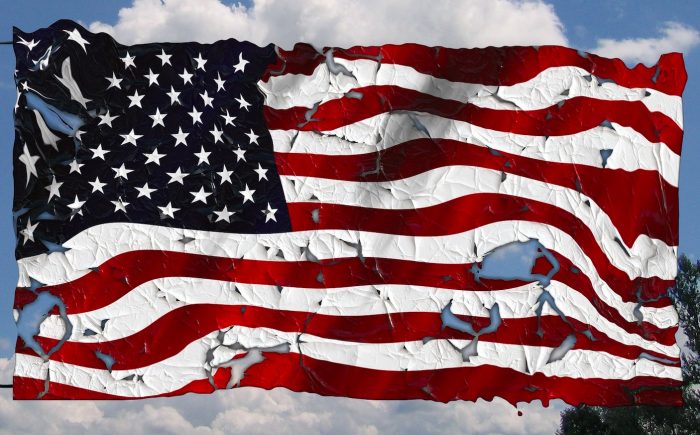 “Your Protests Are Worse Than Useless.” [Reader Opinion]

Editor’s note: we are all for dialogue, and debate, as long as respectful. Our “stance” is that peaceful protest, and anti-racism education, are vital. Riots are the language of the unheard, and many conservative, reckless forces have stirred up trouble. Further, police brutality as witnessed daily on our streets and on the front page of our papers and Reddit is horrifying, and must be curbed. All that said, we do not believe in merely preaching to the choir. We believe in reaching beyond it.

I’ve left several notes below, but feel free to comment with sources if you disagree—and can do so respectfully. Your respect may not be for this viewpoint, but please maintain it for yourself and this community. ~ Waylon Lewis, ed.

Here’s why these protests and riots are nothing more than a nail in the coffin of humanity:

In other words, you are playing right into the hands of those who we should oppose.

When the big tech social media and much of the “mainstream media” (completely owned—in every sense—by the ruling class) tell you to stay at home, you stay at home.

[editor’s note: actually, much of mainstream media has journalistic principles and is far better than Facebook/Instagram/Twitter fake news. Also, we stay at home, or did, because of science–to protect our fellow citizens, not because we’re merely obedient, though I have no ego issue with being compliant if it’s the right thing to do ~ Waylon]

[actually, I didn’t for quite some time until it became clear it was helpful for the vulnerable and senior citizens if I wore a mask when not maintaining distance ~ Waylon]

When they tell you to “protest,” you protest.

[Oh c’mon. No one told us to protest. We protest because we must wake up to the everyday brutality and injustice that our friends of color have endured]

You are a pawn in another’s game plan, and that’s never too clever, but in this case the game plan is to dumb you down in every conceivable way.

And all the while, the real problem goes unprotested and uncontested.

What is the real problem? We’ll come to that a little later.2. If you march, or riot, or peacefully protest and can simply be ignored, arrested, or dispersed, you are in no danger of changing anything, ever.

In 2003 a million people marched the streets of London in protest against the imminent illegal invasion of Iraq. Tony Blair considered that march merely “fatuous” and invaded Iraq anyway, using the lie of WMD as a cover.

So keep protesting, keep getting arrested, keep getting ignored—all you achieve is to signal to the ruling class that there is indeed no meaningful opposition to their plans, and it’s business as usual for them. 3. Yes, black lives matter, but the worst inequality is not on the streets of America. It’s in Africa.

That continent has been plundered, raped, and pillaged since white men first set foot there. And in Australia, where the British soldiers would bury aboriginal babies neck deep in the ground and then kick off their heads in front of their raped Mothers and chained Fathers.You rage against a drop of rain while you are drowning in an ocean of injustice.

Black lives matter, yes. But what of the millions murdered in the Middle East at the hands of Bush and Obama and Blair?The real inequality is between us (humanity) and they (the ruling class) who lost their humanity long ago.I am from England, and my Mother’s ancestors were Celts. Those Celtic tribes were destroyed thousands of years ago. Their lands were stolen, their medicine men and women were burnt at the stake.

Their names are forgotten—how many Celtic tribes can you name?

I rest my case. Their names, languages, and spiritual traditions have effectively been erased from history. Many of you protesting in the USA at the moment have Native American blood in your veins, and you don’t even know it. Why? Because your tribes are right now being effectively erased from history, relegated to reservations, and made increasingly irrelevant to mainstream society. Case in point: try finding out about your native ancestry from a regular DNA test. The result will most likely come back as “uncertain.” Why is that?You should be marching for your own rights. You should be recognising that you are a slave—a slave to a system that rapes, pillages and plunders your home, your Mother Earth, and has absolutely no regard for your life or for your rights.You should be marching against the ocean of inequality—the big picture of massive, global injustice. The fact that a child starves to death every 10 seconds when there is plenty of food to feed them. You should be marching against the fact that they didn’t lock down the global economy to change that—or to alter climate change, or any of the other myriad problems that affect you, right now.The real problem is not one isolated incident of injustice that happened to make it onto the television; it is an ongoing dystopian nightmare of corruption that surrounds and pervades every level of modern society and has done so for hundreds of years. And while you protest the latest media-induced frenzy, you turn a blind eye to your own institutionalised oppression.This system pollutes your water, your air, and your food.This system poisons your seas, your lands, your skies, and your minds.This system weakens your body, your mind, your heart and your soul.This system feeds upon humanity.You should be protesting for your life and the future of your children, not black lives, or cops, or them, or us.My life. My children. My Earth.Any other protest will not have the necessary fire behind it. And that’s what they want—weak, disempowered men, and weak, disempowered women, screaming into the wind.You sign “petitions,” and you go on marches, and you may even riot, and nothing will change. Nothing will change because you will still vote. You will still pay taxes. And you will still hand over your power and the responsibility for your life, and the lives of your children, to police, to doctors, to teachers, and to government.Why? Because you are so deeply disempowered—the result of feudalism and colonialism and 700 years of witch hunts.It is time for humanity to rise above those who have had their knees on our necks and their boots on our faces for hundreds of years. They have conquered and colonised and controlled every part of this Earth for too long, because we have let them.So I say to my brothers and sisters of all colours and all creeds in all corners of the Earth: we want the same thing, and we have the same enemy.Know yourself.Know your enemy.We are many. They are few.And this is our time.

10 Quotes on What it Means to be a Patriot. I am Black. This is what I Need (& what I Don’t) from White Allies. Dear Black Friends, I’m sorry I’m Racist.
See relevant Elephant Video