Pandora’s Box for a Woman of Color: Facing Racism Straight-On. 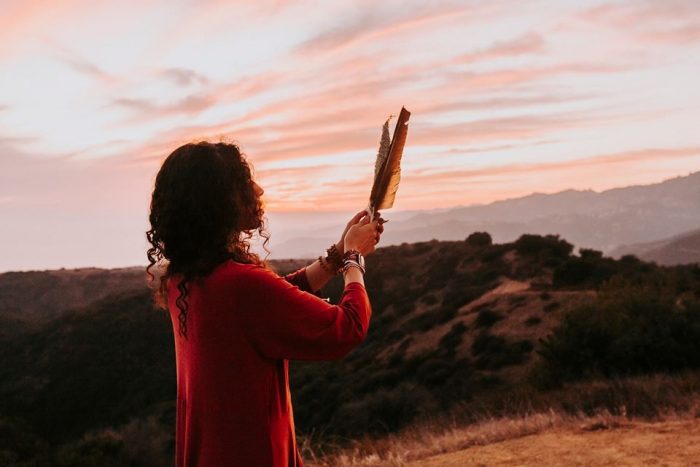 This is a deep dive.

A deeper dive than I feel equipped for, but I’m going to attempt to dive in anyway. If these last few weeks have been teaching anything, it’s to face this massive issue of race straight on by not turning away, no matter how uncomfortable.

The lid to my own Pandora’s box has been ripped open. All that’s been kept buried, yet in plain sight, has left no other option but to face the enabling of what has allowed racism and white supremacy to thrive. None of our hands are clean. None.

Raised on an island of hippies in the Northwest of Canada, in a 95 percent white community by a single, white Jewish father, left me little opportunity to identify as a person of color. While my sister and I were just white enough to get a pass into the arena of white privileges, my mother and older brother weren’t able to escape the overt racism that stifled them from moving freely in the world, simply because they were a few shades darker.

Although my sister and I were passable to not threaten the senses of our white community, we are also clearly not white, clearly of mixed heritage, and clearly able to recognize the slights and microaggressions aimed in our direction. This “othering” was often enough to be noticed.

When I was 18, two years after Apartheid was officially over in South Africa, I felt safe enough for the first time to visit my mother’s family in Cape Town. This is where my mother was born and raised as a “colored,” (a term used in South African law to identify you between “black” or “white” in origin).

In wanting to connect with my culture, my ancestors, and estranged family, I took myself to, what was still considered a dangerous country in the late 90s, to connect for the first time with my mother’s side of the family.

Little did I know South Africa at the time was still considered one of the most racist countries in the world.

I didn’t know the people from centuries past who were brought there to be enslaved had already lost links to their own cultural past after generations of brutal oppression and segregation. Little did I know the “colored” people in South Africa were already so demoralized for the color of their own skin, that it was shameful to consider themselves as having any African ancestors.

This is where I found my own family. Although clearly of mixed origin, there was a flat out denial that we had African roots.

Our Indian, Southeast Asian, Portuguese, Danish, Spanish, and German were acknowledged and even celebrated, but when asked about our African ancestry the answer was a simple yet clear, “No! That’s not us, we’re not going there. Case closed.”

I’ve recently done an ancestral DNA test, and it quite clearly shows we have East African roots—yet, this lineage is buried under centuries of brutality, enslavement, shaming, and denial.

I spent four years after my visit to South Africa determined to find linkages to my African roots; however, the more I dug into the past the more brutal the horror show and violence of my ancestors’ history became.

In all that research I never did get closer to my African ancestors. To touch their rituals, wear their clothing, hear their songs, taste their food, and experience their way of life. It was all buried under century upon century of brutality, shame, and oppression.

By the time I was 22, I had closed the lid to my own birthright. The search became too painful, and simply, I wasn’t equipped with the tools, network, or resources I needed to continue the search any further. Defeated and exhausted, much like the stance of my South African family, I turned away from that which was so profoundly uncomfortable. The big difference I was afforded, which my South African family didn’t have, was to hide within the comforts and privileges of my racialized white upbringing in Canada.

I wrapped myself inside a bubble of racial complacency. Possibly as a form of self-preservation, possibly because it was the easier way out.

I turned away from my past and the foundation of self, because to stare down the barrel of that gun was to face the fear of annihilation. The pain looking back at me, from the eyes of history, was simply too much to bear.

None of our hands are clean from facing racist origins. None.

Now here we are, in this momentous moment. Black, Indigenous, People of Color, and White. We are all facing down the barrel of a gun that threatens the perimeters of our comfort zone. To face the ugly truth of racism that has affected us all in some way.

This moment is giving us a profound opportunity to face this ugly truth. We are finally supported by this unique moment where the social norm is allowing us to speak about race. To finally address the sleeping giant in the room.

We have an opportunity, and frankly, a responsibility, to question our own racial biases. To work through the messiness of one’s own unquestioned privileges or lack thereof.

It’s pretty safe to say, anyone who has grown up in a colonialized country is being run by systemic racism in some way.

The focus needs to move away from defending and trying to convince one’s self and others that these racist tendencies don’t live within each one of us and gear instead toward digging out one’s own biases, so the healing can genuinely begin.

Find your networks. Do the work! The moment is ripe.

The lid to my Pandora’s box has been ripped open. I’m finally backtracking to that 18-year-old girl full of hope and curiosity. That she can meet me now, 20 years later, with tools in her tool belt, substantial resources, and a solid support system at her fingertips.

I pray the 18-year-old girl can reclaim that which is worthy, even through the prevailing supremacy that tries to tell her otherwise.

I pray I have the courage to reconnect with this part of myself, by holding my head up high and begin to heal that which is needing my full and undivided attention. To continue, again and again, to dive in deeply. 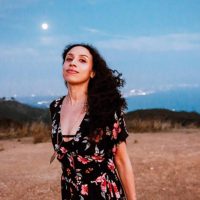 After traveling and living abroad for most of her adult life, Raven Chernovsky has moved back to her native home of British Columbia to explore the value of what growing roots… Read full bio

Image: Author's own by Siouxzen Kang

I am Black. This is what I Need (& what I Don’t) from White Allies. 35 Thoughts on the BLM Movement from a Person of Color. Racism in America: a Message for White People who “Don’t Know Where to Start.”
See relevant Elephant Video