3 Simple Life Lessons from “Animal Crossing” that Can Change our Lives.

A resident recently asked my advice. It seems they were taking a walk and came across a swashbuckling fellow washed up on the beach. What to do? My advice to them, and to all of you, is this… If you find someone on the beach, go talk to them, and see how you can help. pic.twitter.com/2i3pcNqlxP

I was suffering from a generalized anxiety condition, battling chronic depression, and medicating against these with a bottle of whisky for breakfast every day (served at 1 p.m.).

Whilst my internal world was crumbling under the weight of my repressed sexuality, childhood trauma, and addiction, my external experience was—to an average onlooker—a dream come true.

That year, my music act played a show to its biggest ever audience, 1,400 people. At that time, we were also getting national radio airtime and we had recently played at a few major music festivals.

The day of the show was perhaps the biggest swing in emotional states I’ve ever experienced. From the euphoric high of 1,400 voices cheering you on, to the crashing low of returning home to the same old, engulfing sense of dread.

I was in my music act with a friend who’d been by my side since we first started hosting jamming sessions in his mom’s living room after school. He is one of a small handful of people who always saw me as I was, and as such, when he saw me suffering he felt the need to do something about it.

For my 20th birthday he gifted me a copy of “Animal Crossing: City Folk” and my life was never the same again.

For those unaware of the highly acclaimed Nintendo franchise, the first iteration of Animal Crossing (known in Japan as “Dōbutsu no Mori” or “Animal Forest”) was released on the Nintendo 64 games console in 2001, and later localized and released on the Gamecube in North America in 2002.

Garnering critical acclaim from the start, this unique social simulation game offered players an opportunity to move into a quaint town, befriend anthropomorphic animals, and engage in a myriad of tasks from picking fruit to fishing. It broke a lot of long-standing gaming conventions by having no real goal, no enemies to fight, and what barely scraped by as a plot. The focus instead was on fostering a community and finding joy in the simplest of tasks.

By the time I was introduced to the series, it was already on its third installment, this time released on the Nintendo Wii. “Animal Crossing: City Folk” offered me a temporary escape from the stormy turmoil within me. Honestly, it warmed my very lonely heart—a celebration of series creator Katsuya Eguchi’s intention to create an experience representative of the loneliness of moving to a new town and the process of making the best of it.

The latest main series entry in the “Animal Crossing” franchise, “New Horizons,” came at a time when the world reeled under the weight of a burgeoning pandemic. Suddenly, we were all a little more prone to loneliness, isolation, and a sense of dread.

As such, “New Horizons” became an overnight cultural phenomenon. Beyond the debates as to who would win in a villager popularity contest (almost always Raymond) and whether or not farming is coming to our islands this fall (I hope so), there is something else at the core of why this series has resonated so profoundly at this time.

For me, it really comes down to three simple life lessons.

1. We can find joy in the monotonous—it’s just a matter of perspective.

If your elderly neighbour asked you to weed their garden, pick their fruit, and dig up fossils for them every single day, you’d probably tell them where to stick it (politely) and go back to playing “Animal Crossing.” In which you’d pick weeds, pick fruit, and dig for fossils every day.

The simplest of all lessons here is not that digitized versions of chores are less mundane than the real thing, but more that it is the turning of chores into a game that makes them fun.

I used to hate washing the dishes until I decided to see the drying rack as a modern art gallery and my dish placement as modern art. Sure, I’ve smashed a few plates in the process, but washing dishes has never been so fun.

Other chores I’ve successfully turned into games include attempting to clean my two guinea pigs’ cage without them noticing (I always fail, but it’s hilarious to try) and making my bed, which is now super fun because I try and lay out the pillows in a unique enough way that my partner notices that I did something different (my pillow arrangements largely go unnoticed unless I get really avant-garde).

You get the point—make chores into games and they start being fun.

2. Our surroundings impact us more than we think, so pay more attention to them.

It seems almost redundant to state that our surroundings impact us; we probably all know that our bedroom is more likely to make us smile than a packed public bus at rush hour.

What I’m more getting at here is how little most of us challenge the notions of what our surroundings could look like, and then go on to create something we love, rather than something we merely tolerate.

Now, if you are a celebrated interior designer or landscaper you can skip to the next point (literally one sentence away). But if not, can we all take a minute to realize that the loving energy we use to meticulously plan out every detail of our “New Horizons” island could also be used to introduce some joy into our own surroundings? Or, perhaps even better, the surroundings of those less fortunate than us?

According to a 2017 poll conducted by house and neighbourhood site Trulia, “Almost half of Americans have a regret about their current home.” Let’s change that!

Instead of merely tolerating the space you live in, make it into something to love.

3. We need to slow down and smell the roses.

I bet you’ve seen a T-shirt, Instagram post, or novelty mug that instructs you to slow down and smell the roses. I bet you’ve also never slowed down to smell roses.

You know some folks who do? Your villagers on “New Horizons!”

Spend enough time hanging out with your animal island dwellers and you’ll soon find that they partake in a myriad of chilled activities, including smelling roses. Now, I’m not suggesting that we all go down to the local florists and start smelling their inventory, but more that we can extract great health benefits from chilling the f*ck out every now and again. Be it through smelling roses, going for a walk, spending five minutes talking to a loved one, or playing “Animal Crossing” and watching one of our villagers smell roses.

We can all get better at appreciating what is already here.

I’ve always found that time in nature slows me down, and if not that, then a meaningful conversation does the trick.

For those struggling with an intensely busy schedule, learning how to stop multitasking and start focusing with intent on one thing at a time can also have the same desired effect.

Slow down, find small ways to enjoy life, and make time for the simplest of pleasures.

When it comes down to it, “Animal Crossing: New Horizons” taught us the value of going back to basics at a time when many of us were forced to.

As such, it helped many people find peace.

It reminded us of things we already knew when we were five years old that we’d long forgotten.

That, and it taught us that sea bass suuuuuck! 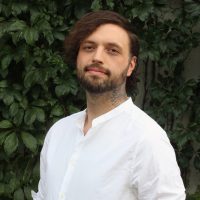