The Plight of Elephants in the time of COVID-19. 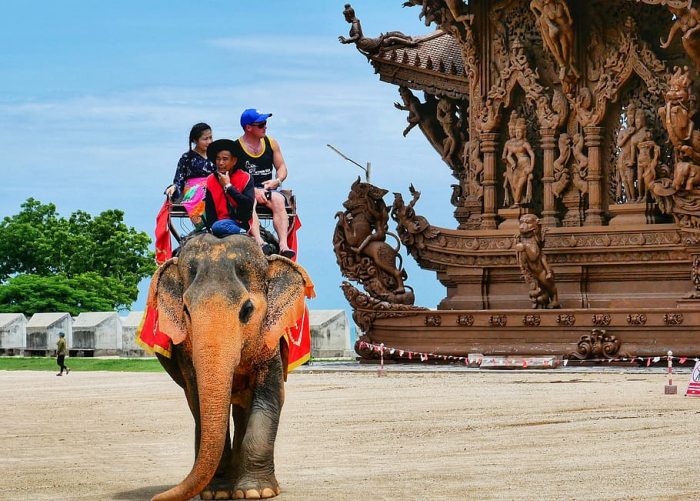 I think elephants are wonderful creatures.

I love the way they live in the wild in matriarchal families, care for their young and each other, and mourn their dead. But in this time of COVID-19, especially in Thailand, elephants are in trouble.

Elephants have played a large part in Thai history and customs. They are the national animal of Thailand. Wars in the region were fought from the backs of elephants as early as the 9th century, and this use of elephants as living tanks continued to some extent in Thailand until the 19th century.

One famous story about elephants at war took place in the 16th century when Ayutthaya was the capital of Thailand. There were several occasions on which Ayutthaya was attacked by neighboring Burma. On one of those, Queen Suriyothai rode into battle next to her husband the king, both mounted on the backs of elephants. As she saw her husband about to be attacked, she moved her elephant to intervene. She was killed, but her husband survived. She is revered as a heroine; there is a large monument to her in Ayutthaya and there is a movie about her life and this incident that was financed by the current Queen Mother.

Beyond ancient history, elephants were an important part of the country’s economy until the mid-1980s. They were used in the extensive logging industry in Thailand, especially to move the logs around and float them down rivers to be processed. In the mid-1970s when I lived in Thailand, I took a ride through the jungle on an elephant that normally was used for logging in a village where logging was the main source of income. But elephant tourism was not common back then.

In 1986, logging was banned in Thailand for ecological reasons. This put large numbers of elephants and their caretaker mahouts out of work and made it difficult for the mahouts to afford to feed their animals.

It has led to a number of unfortunate consequences. Elephants have been walked through cities begging for food, eating things that are not healthy for them. Camps for tourists to interact with captive elephants were established and thrived until the Coronavirus abruptly ended tourism.

In these camps, elephants typically suffer mistreatment. They are “broken” or trained to be ridden or to entertain spectators by performing tricks through what the nonprofit organization World Animal Protection calls severely cruel conditions. Young, captive-bred elephants are taken from their mothers and kept tightly chained and trained through sometimes painful and traumatic means. Adult elephants are kept chained standing on concrete floors when not working, often able to move less than three yards. Riding elephants as I did in the 1970s is now frowned upon by many conservation and wildlife organizations, for good reason.

On the better side, there are also elephant sanctuaries run by various nonprofit organizations where tourists are encouraged to watch and, in some places, interact with the elephants in a more appropriate way. In the sanctuaries, elephants live in a proper habitat, are fed a nutritious diet, and are given veterinary care.

As COVID-19 hit in early 2020, international travel essentially stopped. Thailand closed its borders to foreign tourism and remains closed as of August, 2020. This means that both the camps for captive elephants and the sanctuaries have little or no source of revenue.

Elephants eat a lot, about 400 to 800 pounds of grass, leaves, vegetables, and fruit a day for an adult elephant. For each elephant, that costs anywhere from $200 to as high as $1,000 a month. And each elephant needs its own mahout who cares for it, who also has to be paid. Without the tourist dollars, there is not sufficient money for the elephants’ food, and many are going hungry, getting sick, or even starving.

By some counts, Thailand has more than 3,800 captive elephants. About 2,500 have been employed in the commercial riding camps and tourist attractions, mostly in Northern Thailand. Other elephants live in the sanctuaries. Most of these animals have been bred in captivity, and are accustomed to humans feeding, bathing, and otherwise caring for them. They can’t just be released into forests or jungles to fend for themselves. Someone has to pay for and be responsible for their upkeep.

To add to the problem, Northern Thailand has been experiencing a drought. Elephants who have been brought by their owners to wild areas to forage have not been able to find enough to eat. Some mahouts are taking their elephants to their home villages where they hope they might find more to eat, but they have to be careful to avoid the fields and orchards of other residents. In a case in mid-April, for example, a female elephant was taken from a tourist park to forage outside Chiang Mai. The elephant was tied to a tree but escaped and trampled a farmer to death in his garden. I imagine that hunger will make the nicest of animals act in their own self-interest to find food.

Owners of elephant parks have asked the Thai government for assistance in feeding their animals. Whether or not that is forthcoming, some people hope that the current experience will lead to lasting change in the treatment of elephants in Thailand.

Entertaining tourists with shows in which captive elephants paint pictures or play soccer—as well as training them with cruel means and keeping them chained for long periods—may finally come to be viewed as a bad, unsustainable idea, just as logging was. Maybe more tourists can be channeled into visiting elephants in sanctuaries in a more appropriate way. Already, sanctuaries report that a significant number of elephants who formerly were in riding attractions or tourist entertainment camps have been delivered to them for care.

The most prominent organization in Thailand that runs elephant sanctuaries and advocates for better government policies is the Save Elephant Foundation. I have donated to them, and they really need donations now to help feed all the additional elephants that are coming to their sanctuaries. You can learn about their work and donate here.

I’m not a wildlife expert, but there may be things that can be done for the longer-term welfare of elephants in Thailand. One possibility would be a government ban or limit on breeding elephants in captivity, so there would not be an ever-growing captive population. And better conservation efforts to protect the 2,500 to 3,000 Thai elephants still living in the wild from habitat encroachment are needed.

Perhaps these two actions could over time reduce the population of captive elephants in favor of wild ones. 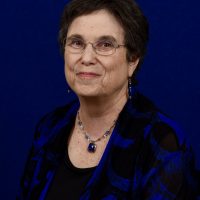 Iris Mitlin Lav grew up in the Hyde Park neighborhood of Chicago, Illinois. She moved to Washington, D.C., with her husband in 1969, where they raised three children. She is r… Read full bio

Raising my Voice for Elephants: What I learned from Volunteering in Thailand. What An Elephant’s Passing Showed Me About Love & Grief. {Video} I Visited the First Ethical Elephant Sanctuary in Phuket & it was Life-Changing. ~ Marques Wyatt
See relevant Elephant Video