How to Celebrate the Loss of a Parent who’s Still Alive.

“One of the hardest things you’ll ever have to do my dear, is grieve the loss of a person who is still alive.” ~ Jeannette Walls, The Glass Castle

Growing up, I was a “daddy’s girl,” but not in the typical sense.

When I think of a “daddy’s girl,” I think of a girl that is adored by her father, freely showered with love and affection, and is shown a prime example of how a man should ultimately treat her.

My relationship with my father was different.

I learned early on that his moods could shift quickly, so I tailored my actions and what I said to tiptoe around him. I played my part beautifully. I was the model child in a traditional sense: I tried hard in school and got good grades, I didn’t do drugs, and I didn’t mess with boys.

My dad would exclaim at times that he was proud of me and I’d feel euphoric; at other times, I would get yelled at for seemingly no reason, not understanding what I had done.

The truth was, I hadn’t done anything.

But I learned to believe that his lack of control over his emotions was somehow my fault.

I continued to play my part over the years, never taking risks, never drawing outside the lines, tailoring many of my actions solely for his approval, or simply so I wouldn’t get yelled at.

The years came and went. I got married and then got divorced. But this wasn’t a “daddy’s girl” sort of thing to do, and neither was what happened after that divorce.

Pakistani-Muslim girls don’t divorce. Correction, they do, but not often.

Societally, it is frowned upon, but religiously it’s allowed. To make matters “worse,” shortly after I finalized my divorce, my now-husband and I decided to get married.

Now, to tell my father.

Divorce is one thing. Getting married to a non-Muslim “white” guy? Now, that’s considered a sin in every way.

I invited my dad to an IHOP one morning for breakfast. It took me weeks to mentally prepare for this meeting. I thought of every possible scenario, reaction, and response.

When I told him that I was getting married, he looked at me and said, “Then this will be the last time you see me.” And, I honestly felt okay.

I had prepared for this. I was ready for that response, and no matter what his response was, I was going to do what I wanted to do. We said our goodbyes and even as I drove home, I felt peaceful. I knew somehow I’d make it through life without him.

What I didn’t know at the time is how long it would take to grieve that loss.

We all get rejected at some point in our lives—by employers, friends, boyfriends, girlfriends, spouses. But I discovered that rejection by a parent is a whole new level of pain.

I didn’t realize that every Father’s Day for years I’d be heartbroken and cry.

I didn’t realize that every milestone I went through from that point on, I’d feel the hole that my father left.

I’m crying as I write this now, despite years having passed; it still hurts to think about it.

This is the reason people don’t always go against the grain, make big changes in their lives, or move toward living a life they want for themselves—fear of loss and dealing with the pain. Truthfully, it’s not for everyone.

Not only did I lose my father, but nearly his entire family wiped me out of their lives at the same time. Hundreds of people gone almost instantly.

Sometimes it’s just easier to continue living as you are, even though it’s not what you really want, rather than make big changes and dealing with the loss and pain that can sometimes accompany it.

Now I look back on the loss of my father and his family with a different perspective.

I realize that letting them go made space for me to grow and become a better, more authentic version of myself.

In having been completely removed from my former loved ones and their environment, I learned to surround myself with people who actually uplifted me.

I learned that I needed to take a more conscious approach to parenting. It would be up to me to break the cycle of generations of unhealthy behavior and not repeat what I learned in my childhood.

My son, I decided, would not go through what I went through. And so, what seemed like a loss at the time was God actually saving me. 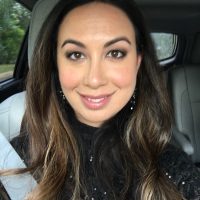 Sara Jacobson is an infinite being of love and light, having a human experience. Through exposure to a multitude of challenging human experiences, she’s actively worked … Read full bio

Grieving the Loss of Someone still Alive. The 5 Step Guide to Choosing your Authentic Self. Getting Over the Fear of Abandonment—A Letter to Those who’ve Been Left. I Grieved the Loss of a Parent who is still Living.
See relevant Elephant Video