The World Needs Women to Support Women, Now more than Ever. 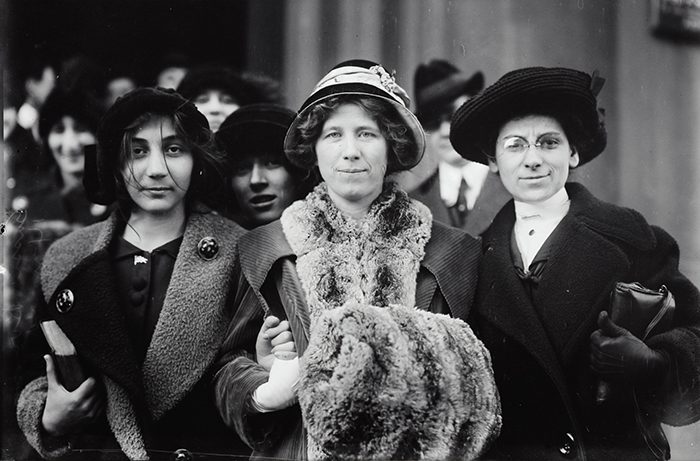 “I do not believe that women are better than men. We have not wrecked railroads, nor corrupted legislature, nor done many unholy things that men have done; but then we must remember that we have not had the chance.” ~ Jane Addams

August 26, 1920: the day women in the United States were granted the right to vote.

It dawned on me that only 30 years before I was born were women allowed to vote. This blows my mind.

I’ve been reflecting on the gutsy women who fought for years and years for women’s rights as well as the right for women to vote in the United States. I’ve come to realize how little I know about these women—the ones responsible for the 19th Amendment.

I’ve also learned that there were many women who opposed the vote and that there was an anti-vote group—the National Association Opposed to Woman Suffrage.

What!? I was shocked again. How could that be?

Some women feared that women having the vote would break up their home life, that it would make them less powerful, that it was so “unladylike.”

Some believed that having the vote could cause an increase in divorce rates and force women into the labor market.

And then I thought, well maybe all of this resistance is not that surprising.

There were only 17 women Marines on the base at that time.

To me, it was a no-brainer. I assumed that these women could use help in supporting each other and have a place to be able to talk about the challenges of being a woman in a man’s world. I thought, if we could bring these women together, we could support them in being better Marines, so that they could lead in more solid and powerful ways.

I was surprised that the Gunnery Sergeant, a strong male leader, was open and wanted the female Marines to have this empowerment group as a support.

The resistance was huge.

The female Marines did not want to participate, and they loudly protested that they didn’t need the group. They said it was a waste of their time. The Gunnery Sergeant mandated that they attend weekly.

My colleague and I were nervous about this order as we wanted the women to fully participate and come to the group on their own.

From the first meeting, we heard the women themselves say that they didn’t trust anyone, much less each other.

There was gossip, backstabbing, mistrust all around, and vicious rumors began even before a new female Marine arrived on the base.

I remember walking into the room that first day. They were all there, waiting, not talking to each other, just texting on their phones.

I remember thinking, “They’re so awkward with each other. They don’t know how to interact or make eye contact.”

These women carry weapons—big ones, I thought to myself. They live in a man’s world with men’s rules. They’re tough and they can whip your butt in a heartbeat. They’re complex and can be snide, backstabbing, mean…

And yet I found them to be likeable, committed, and dedicated to their jobs. I wondered if my theory about women would hold true here: that women can support each other.

Would they trust each other enough to share their challenges, frustrations, and feelings in a group?

The empowerment group was set up to help them be able to function in a healthier manner despite experiencing traumas earlier in life and sometimes not being wanted or valued on the base by some of the male Marines. My co-leader and I wanted them to be able to support each other as they navigated a world made for male Marines.

The goal for these women was for each of them to recognize their power and their unique contribution as female Marines.

My colleague and I ran this group for two years. On the last day of the group, I remember writing these words in my journal:

I’m drained. Regina is too. But we know that we’ve created something for these women that’s powerful and sustainable. They can take this forward and teach other female Marines.

These women did indeed eventually trust each other enough to tell their stories, and they naturally empathized and supported each other… just as I had seen so many times before in other women’s groups. I want to stay with them, guide them, hear their stories, support them, mentor them, but most of all, I want to be in that circle. That incredibly powerful circle of women.

I didn’t want to leave but it was time to go. This was my legacy. I gave so much to them and yet I realized that I was the one who gained everything.

The strength of women:

I learned that the suffragettes—women like Susan B. Anthony, Alice Paul, Elizabeth Cady Stanton, Lucy Stone, and Ida B. Wells—did not always agree with one another and had to deal constantly with other women who fought against them. But each of these women was committed to women’s rights.

I wonder how they dealt with the division, how they overcame the resistance of other women, and the backstabbing and fighting amongst themselves.

How did they manage to keep going with all the obstacles against them, especially other women?

What about those women who resisted in the anti-vote? Did they eventually see the power of women together? Did they change their minds?

What I do know is that I am grateful for these incredible women who were bold and gutsy so that I could have the right to vote. I know now that these women were focused, dedicated, and that they worked together somehow to get the 19th Amendment passed.

They never gave up. They were imprisoned, they marched, they sacrificed so that I could vote—a woman born 30 years after their efforts. They fought for my granddaughters to be able to become whatever they wanted. They fought for all women.

And what about those female Marines?

I’m beyond grateful for them. They taught me what it means to have courage in the face of trauma and working and living deeply in a man’s world. They taught how you stand together, allow yourself to be vulnerable, and trust other women.

This, to me, is true power.

Today’s world is a disaster.

Women, now more than ever, are needed to come together—to raise our voices to help solve the problems in our own unique ways.

I want to live in a world where women’s voices are heard, valued, and respected.

I want women to know that there is power when we come together and that we need to let go of fighting against each other. Because the feminine knows different ways than the masculine.

We need both the feminine and the masculine, which complement each other. One is not better than the other, but they must be balanced.

The Dalai Lama said it is the Western women who will save the world. I do believe he was right. We cannot do this if we don’t vote.

We must vote with our hearts, with our minds, as if our lives depend on it and to make sure that women’s strengths are used for this world that has fallen apart.

We need women who are brave and not afraid of each other’s strengths.

Ask yourselves these questions:

>> How will you use your precious vote to make a difference?
>> How will you pay this privilege forward?
>> What woman in your life needs support?
>> What do you value the most about your unique strengths?
>> How are you using your feminine power to help solve the problems of the world?
>> What will be your legacy for yourself, your grandchildren?

Take out your journal now and spend time with these questions, designed to help you pause and reflect on your own power.

Because the world needs women supporting women now more than ever. 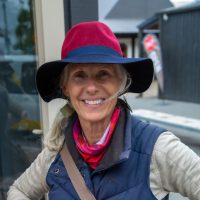 Jo Hatcher is a Retreat Leader, Life Coach, and Therapist with 27 years experience, committed to helping women live their best lives. Find out more about me. … Read full bio

10 Things Feminism Is and Isn’t. I grew up a Good Girl & why the Good Woman Myth is Bullsh*t. Why Women Need to Stop Trash-Talking Other Women.
See relevant Elephant Video