What I Wish I’d Known when my Mom got Dementia. 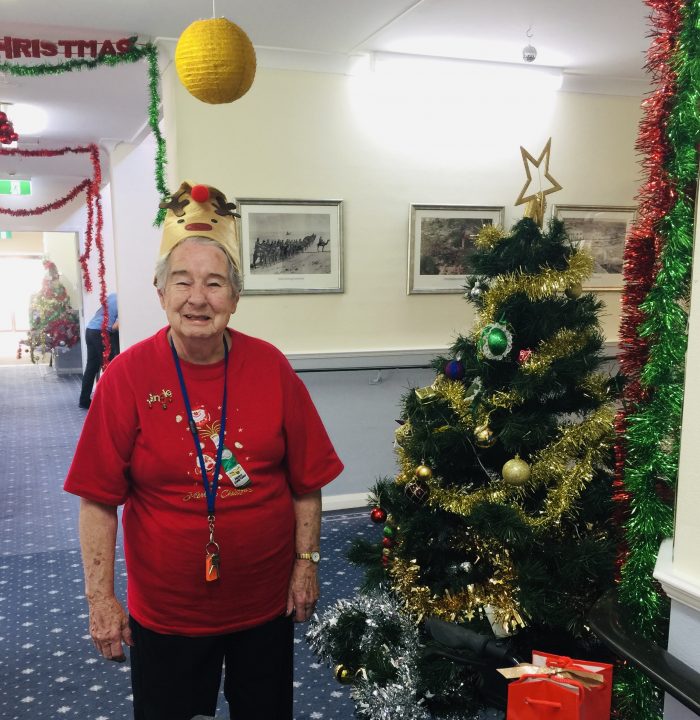 It was around 5 p.m. when I suggested I walk Mom to dinner.

She was adamant it was lunch, so I let that be, and we did the whole jacket, umbrella, rain, and keys thing. We went to the dining room (aka bowling club in Mom’s mind), and we started down the hall.

As we brushed arms, I gave her a hug and straightened the walker so she wouldn’t bang her hand on the rail in the hallway. She was shuffling and dragging her feet along the carpet, her back bent over, and moving slowly. She didn’t seem to want to go to dinner and was reluctant on the journey.

I wondered if she should have stayed in her room to eat, but the company always seemed beneficial. On the way, we diverted to reception with a request, and Mom waited sitting on the walker. When I came out, she didn’t remember where we were going and immediately headed for the door to leave.

I said, “No Mom, we are going to the dining room.” She was confused and stood there looking at me as I said “dinner” and directed her back to the hallway.

As we walked to the eating area, she said, “Are you having dinner, too?” I replied, “Not this time. I have to go home, but your friends will be there.”

She didn’t look too enthused, and I didn’t feel I was selling it well. I often had dinner with Mom and her resident friends, but that night I could not.

When we got to the table, I parked the walker and she insisted I take the fourth chair (the only vacant one). I said, “No, it’s for you.” She replied, “But where will you sit?”

Discombobulated, she eventually sat down. Then, the woman who would never make a fuss loudly said, “No, no, no, I don’t like pumpkin soup.” The offensive orange liquid in the bowl in front of her was pushed to one side rather aggressively. There was complete silence from the friends at the table. I started rambling on, and with a bit of a diversion, I gently pushed it back to Mom and she started to happily eat it.

With that, I declared my exit, and Mom told me, “You have not had your soup.” No, I guess I didn’t. I waved to them, and on my way out, the receptionist reminded the nurse that Mom needed help finding her room after dinner.

The cold wind that blew that afternoon was now a night chill and it bit at my face as I walked down to the car park. The wind blew my scarf into my hair, so I couldn’t find the key to the car, and I cursed at it and at the cold wind. The whole thing ticked me off; literally all of it: the weather, the situation, my efforts to explain things to people who just don’t get stuff, and people expecting from me what they won’t give themselves.

I got in the car and felt defeated. I wished someone would know what to say, or maybe remind me that it’s normal to feel completely broken and watch my mom drift off into space, to a place where I can’t find her.

I needed someone to tell me that I didn’t need to feel guilty if I didn’t go all the time, even though I go nearly every day. It just never feels like enough when she doesn’t remember. Mostly, though, I wanted to tell the world to f*ck off, that this is too hard, and that I want out of this awful dementia thing.

The long goodbye is heartbreaking. Those who have been here have a silent code of understanding, like the kinship to folks who have been through similar times. It’s unlike anything I have known—it’s a thief, a taunter, a demon, a punishment. It’s watching all of this cruel stuff unfold and effect someone you love dearly.

We need to find a cure or preventative measures to dementia, as there are far too many patients with this insidious disease and far too many families that are dealing with this every day. Initially, I had an idea of what I thought would help Mom with this disease, and it was not at all what I perceived.

Doing the washing, buying goodies, and taking her out were all important, but I eventually became a safety zone: someone to let her know that she was okay, particularly in the scary area in-between where she knew things were not right, yet had some idea of what was going on. As time went by and her mind lied to her, she would revert to me for her “truth.” In such a taunted state of mind, I was privileged to be the “safety zone captain.”

Although, at times, it was so tough. Mom would often say to people, “Ask Michelle” or “I’m not taking any medication till you call Michelle and ask if it’s okay.” For all sorts of reckoning, I was her “reality” as her mind became a foe.

What I know now is that non-reality, given it doesn’t hurt anyone, is totally okay. It’s easier, kinder, and less stressful. I tried to keep Mom in the here and now and update her on what she had mixed up. I think it was unnecessary, and, perhaps it was me in denial and along the lines of, “the less Mom gets wrong, the less ill she is.”

That was selfish, but at the time, I guess it was me trying to adjust.

My advice now for anyone in a caring role for a dementia patient is to enjoy the company of who you are caring for, enjoy the laughs around the kookiness, and find a reason to make light. Since they are so confused, it is a support to have someone kind, even if they don’t remember who you are by name (although I’m completely sure their heart knows).

For me, the journey of caring for Mom was a heartfelt connection of love and opportunity to provide comfort to someone I adored. It had some really difficult challenges, and at the time, I thought it was one of the hardest things I had been through, but in hindsight, if you ask me what the hardest thing was, I would say it was realising that I could have leaned into it a bit more and laughed a lot more.

They were Mom’s last years, and I could have been more fun, taken the lighter road, not tried to be the organizer, and just let it be.

Truth be told, Mom was quite happy, and knowing what was real or not was not all that important to her. 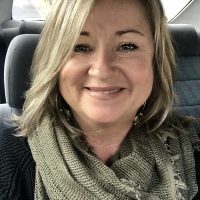 Life’s moments are quirky, funny, sad and heartfelt and need to be shared…I love sharing it and writing about it all and hope that my stories may resonate with you, th… Read full bio

Dear Dementia: F*ck You Very Much. {Adult Language} A Dance With Dementia: How Spiritual Discipline Helps the Process of Losing Who We Are. 5 Things I’ve Learned from my Mom’s Dementia (& Eckhart Tolle). The Heartbreak of Dementia: Finding Gratitude in Grief.
See relevant Elephant Video