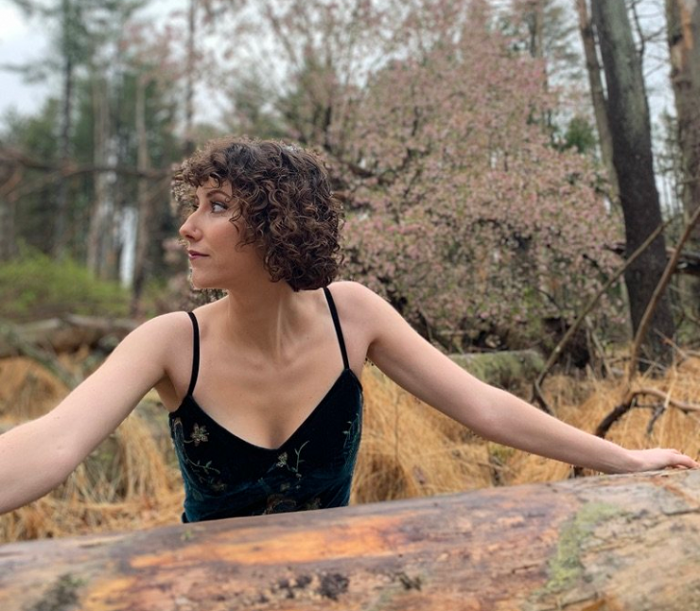 It’s not a good look to diminish the importance of any aspect of someone’s identity that they have decided to bring to the table.

Also, my Lyme disease—my chronic illness—isn’t a freckly cheek dimple that I’ve brought to your attention. It’s a big, fat, bummer disease because of an unlucky bug bite.

You don’t get to decide how central someone’s illness is for them at any given moment. There might be days, months, or years where we never talk about it. We might rearrange our life’s passions as a result. You can choose to meet us where we’re at in that journey, but it gets harder to open up to someone when they’ve been dismissive about the sizable impact our illness has had on our life.

I’m not a problem to be solved; I’m a person with a story.

This one is multi-layered. There are some problems related to chronic illness that could use attention—a medical system that fails certain demographics is definitely one.

But people with chronic illness sometimes struggle with the feeling that their health challenges are a massive burden to those around us. Our relationships might get strained. We might retreat within ourselves. One thing you can always do to offer support is show up.

By minimizing the illness or saying that it’s “only one small piece” of the person you love, you’re not giving them the option to invite you into the story that feels true to them.

Living in survival mode is exhausting. Add insensitivity from anyone who is asking harmful questions, and it’s tempting to lash out.

There’s this thing called Lyme Rage. It’s an actual symptom that people with Lyme disease experience. But maybe there needs to be a term called Lyme Rage-plus, targeted at strangers who least expect it, for those moments when an unassuming person (who is probably very kind, with a cute dog at home) does or says something that threatens to send our day into a tailspin. For example, “Hey, smell this!” to a person with chemical sensitivity, or “Look at this thing on my phone” for a pal with electromagnetic field sensitivity (EMF).

There was a point early in my journey with Lyme where people frequently asked, “Are you okay?” Because, well, I didn’t look okay. And I can tell you definitively: I was, in fact, not okay. Be kind to yourself if you snap every now and again. And maybe listen to a podcast or read an article about genuine apologies; I did for this very reason.

It undercuts the contrasting truths living within us.

For all the years I’ve spent loving improv acting, it’s funny how long it’s taken me to realize how “yes, and” applies to chronic illness.

You can be fiercely independent and need the support of other people who get it. You can be highly motivated and need unpredictable naps. You can adhere to strict doctors’ orders in many moments and give yourself a treat without viewing it as “cheating.”

Our public face and the price tag on our treatments often disagree.

Even if someone is living a life without a public trace of chronic illness, their bank account often tells its own tale. Read that part with an imagined spooky pirate voice for dramatic effect.

It’s true that many treatments are not covered by insurance. The impact of chronic illness can be financially devastating, and some are faced with continuously difficult decisions about whether they can afford treatment in the larger picture of their budget. And there’s often a lot of trial and error to find a protocol that offers physical improvement.

Leave the minimizing to the medical professionals.

I’m being cheeky, but it is true that many people with chronic illness have had a slew of negative encounters with doctors. There might also be a doctor (or team of them) who has saved our life.

It’s all complicated, but if someone you know has chronic illness and doesn’t want to go to the hospital or has some trust issues with doctors, recognize that this checks out. They could’ve been gaslit or given a treatment that didn’t help at all, made things worse, or became traumatic. There is often pain behind their response.

Here’s a poem from my collection, Not If, When: Lyme Disease in Verse, for you to check out:

not for their fight
which I cannot imagine

but for the response of the masses

What’s the magic password?
Cancer.
Violà!
a fridge full of food, a secret Facebook page, an army of tightly
gripping hands and stoic shoulders to sponge up tears

Lyme opens doors to
“Are you sure?”
“That’s not so bad”
“My friend had that and she’s fine”
or worse yet
“That’s not real”
“You’re imagining things”
there is no vaccine, acknowledged treatment, or cure 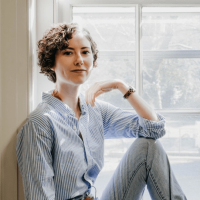 Gail Tierney wrote Not If, When: Lyme Disease in Verse (She Writes Press, August 25, 2020) as a love letter to others with Lyme disease. She is currently attending grad sch… Read full bio

It’s not Easy: My Personal Ode to Lyme Disease. Niceness Kills: the Link between Chronic Illness & People-Pleasing. 5 Things Never to say to Someone who is Struggling.
See relevant Elephant Video