2 Changes we can Make to (maybe) Slow the Progression of Parkinson’s. 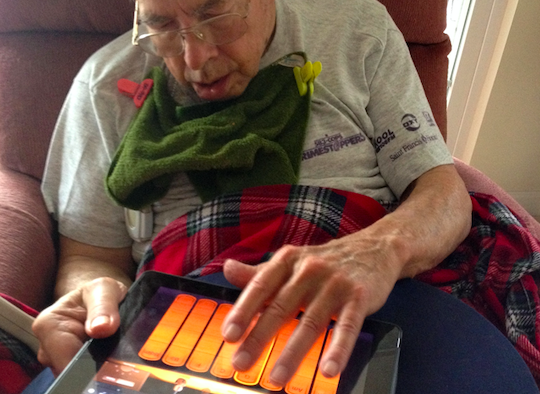 This is excerpted from the book Brain Fables. Get the ebook here.

“Being mortal is about the struggle to cope with the constraints of our biology, with the limits set by genes and cells and flesh and bone. Medical science has given us remarkable power to push against these limits, and the potential value of this power was a central reason I became a doctor. But again and again, I have seen the damage we in medicine do when we fail to acknowledge that such power is finite and always will be.

We’ve been wrong about what our job is in medicine. We think our job is to ensure health and survival. But really it is larger than that. It is to enable well-being. And well-being is about the reasons one wishes to be alive. Those reasons matter not just at the end of life, or when debility comes, but all along the way. Whenever serious sickness or injury strikes and your body or mind breaks down, the vital questions are the same: What is your understanding of the situation and its potential outcomes? What are your fears and what are your hopes? What are the trade-offs you are willing to make and not willing to make? And what is the course of action that best serves this understanding?”

~ Atul Gawande, Being Mortal: Medicine and What Matters in the End

The changes outlined in the chapters above, while necessary, are unlikely to be adopted quickly.

Which leads to one rather unsettling conclusion: medical science will not have a solution to these diseases ready within a timeframe relevant to most who are already diagnosed. And, if that wasn’t bad enough, the prevalence of these diseases is growing quickly, the number of people expected to be diagnosed with Parkinson’s alone is set to double over the next 20 years.

So, what are patients to do while we wait for the field to sort itself out? How can we keep ourselves healthy enough to actually be able to benefit from any disease-modifying therapy of the future?

Along the way I have met a handful of patients described dismissively by some neurologists as “outliers.” These are individuals who managed to significantly reverse their symptoms or at least halt progression. The common theme among these individuals is simple: diet and exercise, taken not in moderation, but to the extreme.

This is not exactly earth-shattering news. Exercise and a healthy lifestyle have long been known to be associated with better outcomes for people with Parkinson’s. But what is the optimal “dose?” How much ramping up of exercise is needed to get the most benefit? What kind of exercise is best? Which foods should people be eating? Which should they avoid?

Unfortunately, the studies have not been done. They are difficult to do, and there isn’t exactly the same kind of incentive for doing trials on exercise as there are for a drug that could be put on pharmacy shelves. But we can still look to those outliers for lessons.

One such individual is Dr. Karen Raphael, clinical scientist at NYU and a person living with Parkinson’s. During an interview I asked her to describe her story:

I need to start by saying that I am a case study. As a research scientist, I’d say that an individual’s experience offers a tool for hypothesis generation, but itself is not proof of anything. I was diagnosed about eight years ago. The first thing I do whenever I have a question about virtually anything is look to the primary research literature. At that time, research in neuroprotective strategies pointed to the idea of rodents running on a treadmill for a very long time having some effect on neuroplasticity, so I started with that.

Then I found a movement disorder specialist who said to me that, “There is no such thing as too much exercise for a person with PD”. That doctor, like myself, is very involved in clinical research, so she understood the cognitive and physical demands that my job placed on me. When I met her I had three years left on a grant from the NIH, and she told me that, given my symptoms at the time, I should expect that to be my last grant. But, here I am, eight years later, really doing quite well and still getting funded.

I had never been an athlete, but I am relatively assertive, and from college until today (I’m now 63), I have always been physically active. I actually had my first clear symptom when I froze (a common mid-stage symptom of the disease) on a trek to Everest base camp. So, I was already fit. It was probably less difficult for me than it might be for some others to step it up to the next level of fitness. However, when I was diagnosed at 55, my PD was probably more advanced than most who first get diagnosed. I had to take far more than the normal amount of levodopa to get myself back to an acceptable level. Once it was clear what was happening to me, my family and I moved to a building with an elevator to prepare for the possibility that I was not going to be ambulatory for much longer. We also made sure the building had a gym so I could get up at 4:30 a.m. and exercise after walking my dogs.

After about two years of exercising every single day, which included at least 90 minutes of running on a treadmill at a pretty intense pace, I started noticing a decrease in my “off” periods. With the blessing of my neurologist, I reduced the amount of levodopa I was taking. Now, another 18 months later, I don’t get off periods anymore. Even if I skip a dose or two, I am okay, and I no longer have any tremor or rigidity.

I have heard several stories similar to Karen’s along the way. But, as she mentioned, these individual stories are proof of nothing, though told collectively they start to leave a trail of breadcrumbs.

Another source of these breadcrumbs for me has been the European Parkinson’s Therapy Center in Northern Italy. On two separate occasions I have spent two weeks at the foot of the Italian Alps receiving intensive daily physiotherapy specially designed for the movement abnormalities associated with Parkinson’s disease.

The center was built by Alex Reed, an Englishman who moved to Italy for work in his 30s, stayed, got married, had kids, and was living the good life until he was diagnosed with Parkinson’s disease. He soon realized that what was needed were dedicated neurotherapy centers where people with Parkinson’s could go to receive the personalized care they need to properly manage their condition.

Each time I have gone I have seen the marked improvements patients can make in just a couple weeks of intensive therapy. Men and women who came limping in on canes left able to walk unassisted, others who could barely get up from their chairs felt confident enough by the end to get in taxis by themselves.

I bet that a network of these centers designed to optimize everything we know about brain health and apply the lessons learned from all the outliers out there would help more people than any of the disease-modifying therapies currently in development.

This is excerpted from the book Brain Fables. Get the ebook here. 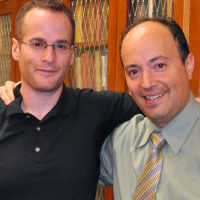 Yoga for People Living with Parkinson’s Disease. ~ Catherine Genzler Dementia takes us Piece by Piece, but this is the Last Piece to Go. The (sometimes) Traumatic Consequences of Loving Someone with Dementia.
See relevant Elephant Video