A Cup Full Of Holes 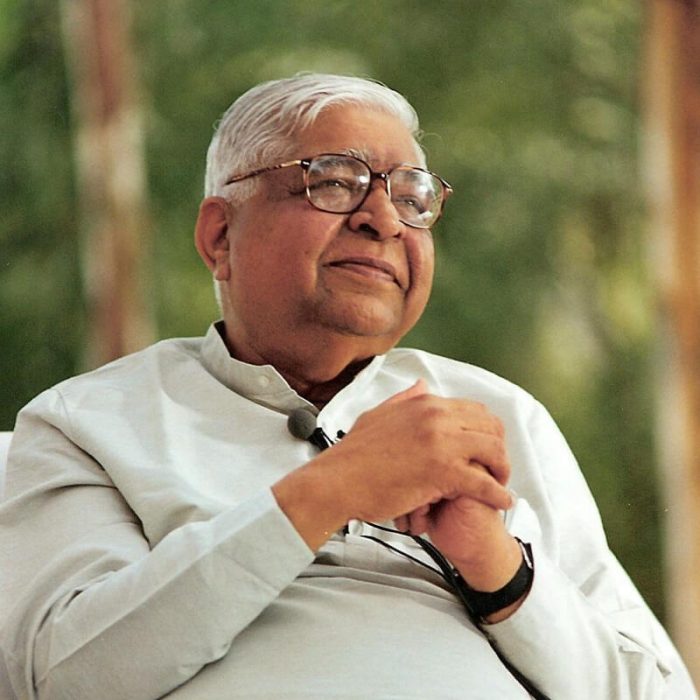 A CUP FULL OF HOLES

(Reji Varghese remembers SN Goenka the man who brought Vipassana to the world, on his on the 7th death anniversary )

That was my response six year ago to a friend of mine who was talking to me to about SN Goenka, the man responsible for popularising Vipassana world over.

Satyanarayana Goenka sure didn’t sound like the name of a meditation guru. There were no prefixes to his name like Sadguru or Maharishi, and no suffixes either. Goenkananda would’ve definitely sounded better for someone in the meditation business, I thought.

Intrigued, I checked out S.N Goenka on YouTube and my worst fears were confirmed. Here was a short haired, rolypoly man in an ordinary shirt – no robes, no beads, no beard, no long matted hair. He looked like an ordinary, everyday person, with no trappings of a spiritual leader. But yet when he spoke, I completely forgot about how ordinary he looked and was spellbound by how extraordinarily concise, clear and commonsensical he was.

“A teacher should not be made an idol, like a god. He is a teacher. If you want to get any help, you practice what is being taught, that’s all”, Goenka says.

That one quote explains why even though over 3 million people have undergone his ten day Vipassana meditation retreats across the world, Goenka’s name still remains pretty unknown.

SN Goenka did not start out to be a meditation guru nor was he enlightened in some cave in the Himalayas. He was a businessman in Burma, who in 1955 started experiencing severe, debilitating headaches. When Allopathic medicines could not cure him, a friend of his suggested he try Vipassana and Goenka came out of his first ten day meditation course completely cured of his migraine. He continued practising Vipassana with his teacher Sayagi U Ba Khin for over 14 years and in 1969 he came to India to teach the technique to his ailing mother.

The late 60’s and 70’s saw many Westerners come to India in search of spirituality and some of them stumbled upon Goenka and Vipassana meditation. Some of these early foreign students later went on to become well known meditation and spiritual teachers in the west.

In one ten day retreat led by Goenka in January 1971, in Bodh Gaya, India, there were six Americans who would go on to become influential meditation teachers – Sharon Salzberg, Ram Dass, Krishna Das, Joseph Goldstein, Mirabai Bush and Daniel Goleman.

When these initial Western meditators returned home from India, the demand for courses started to come from nearly every corner of the world.

Vipassana traces it’s origins over 2500 years, to the Buddha. For centuries this technique was taught only to ordained monks in the seclusion of monasteries but all that changed when the British invaded Burma in the late nineteenth century and Christian missionaries began converting the locals.

Fearing that their priceless meditation techniques would be lost forever, Buddhist monks began to teach laypeople the practices of the monasteries. One monk in particular, Ledi Sayadaw, travelled the country, encouraging people to try Vipassana for themselves and he created a pared-down version for the masses, which is the ten day Vipassana course currently being offered worldwide.

Today, Sep 29th, is Goenka’s 7th death anniversary. Goenka’s great legacy was that he demystified the process of meditation without enriching himself or making himself into a cult figure. He stripped Vipassana of all “ism’s”, including Buddhism, insisting that Buddha was just a man and not God. In fact the very idea that meditation could be practised in a non-sectarian, non-religious and secular way owes a lot to Goenka himself. Goenka, an agnostic rationalist, emphasized that meditation was not religion, but just a set of techniques for upgrading and optimizing the mind.

Goenka also made the retreats accessible to the poorest of the poor by offering it completely free of cost. There are no charges for boarding, lodging, food and instructions for a ten day Vipassana retreat. All instructors work on an honorary basis without any remuneration, ensuring that the technique is available to anyone who’s willing to take ten days off to learn the technique.

Which brings me to the small matter of my cup full of holes. During my first Vipassana retreat, on day six in the evening’s video taped discourse, Goenka described the mechanics of craving. He says the process of craving can never be satiated by getting the object you are craving for because the mind at its deepest level is not craving for that external object.

Once you get what you want the satisfaction derived from that object diminishes and you start craving for the next thing – and this process goes on and on because thats the way the mind works.

That realisation hit me like a ton of bricks. I realised I’ve been running around all my life trying to fill my cup with water – achievements, money, reputation, affection, possessions – but each time I brought the cup to my lips the cup was empty, leaving me thirsting for more.

For the first time in my life I stopped looking outside for solutions and took a long hard look at the cup I was drinking from…..…..….and I was shocked to see that it was full of holes. 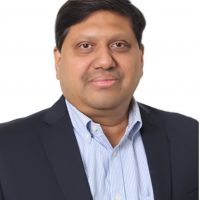 Reji Varghese is a journalist and  guest writer for a number of leading newspapers and magazines in India. He is the Managing Director of Forms and Gears, an Engineering comp… Read full bio