From Me to You. 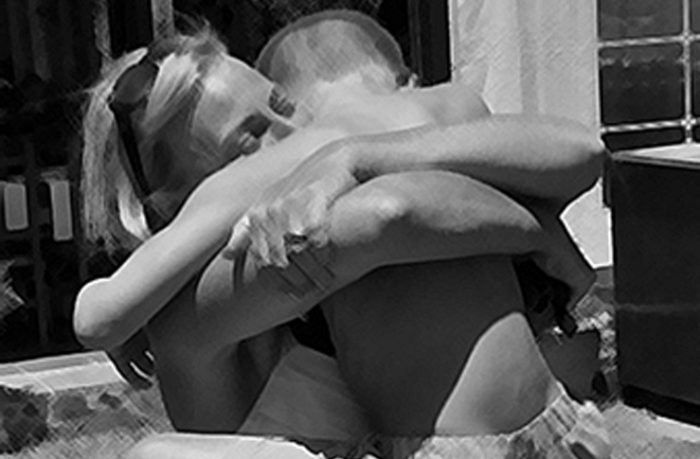 As I remind my son to brush his teeth for the umpteenth time that morning it dawns on me that one day, in the not too distant future, I will hand my boy over to you, the lady who will become his world and the cuddles and hugs he once bestowed upon me will become yours.

At the moment I fear he is incomplete, a rudimentary unfinished project that requires a little bit of tweaking and a major overhaul in other areas. And as much as I try, I cannot promise you that he will ever be a truly polished product, the whole enchilada so to speak, and you may have to continue where I left off and shape and smooth out any rough edges.

The toilet seat positioning plug-in for example still requires some work whilst I will encourage you to buy a decent mop for post showering moments as closing the screen door just seems to be an inherent glitch in the memory. I have re-programmed the fart joke section and I have re-installed the words ‘excuse me’ into his vocabulary folder and although I have uploaded the anti-boobie obsession installation several times, on meeting you that may well return to default settings.

At the moment he is just 12 years old and so thankfully I have a few years to spare and with some perseverance I believe I can send you, the lady who will one day steal his heart, an improved and upgraded model which I hope will be well-rounded and discerning enough to do the job he has undertaken as your partner or husband.

Those generous kisses he gave me as a five year old will instead be lavished upon you. His promise at eight years old that he would “never ever, ever leave me and live with me forever” will be forgotten as he does in fact leave me to stand by your side. His linked arm walk with me until we reach the school gates at 10 years of age will be exchanged for hand holding and a cheeky bottom maneuver as he steers and guides you into his life.

I often wonder why the antiquated tradition of fathers handing over their daughters to their future husband has not changed or been updated in the world of weddings to also include mothers who hand over their sons to their future wives. For we have played our part. Quite a lot actually.

As his mother I have led him to this place, to your door and his choice of partner and quite frankly I not only deserve the job of handing him over to you, but a medal for the sheer fact he has actually survived to this point.

Because until you are a mother you will be unaware of the endless hours spent feeding this boy, sleepless nights nurturing him, mopping up sick and teaching him to pee or wipe his own bottom.  You’ll have no idea of the tears I cuddled away when he fell over or the hours spent in hospitals healing damaged limbs. The time spent teaching him how to ride his bike or play bat and ball and ice-skate, in fact with regards to the latter, quite simply never attempt this, he’s never going to master it.

You won’t know about the hours I’ve spent sat in the wind and rain watching him score his first goal or the endless kilometres clocked up transporting him to sporting competitions. You won’t yet know how it aches to feel guilty about skipping work to watch crap school plays or feel guilty about not skipping work to not watch crap school plays or spend your evenings sewing up holes in clothing or adding knee patches to worn out trousers and I won’t go into the cost of trainers and how long they don’t last.

You won’t yet appreciate the patience spent listening to jokes about bottoms and bogies or searching the shops for swords and  football cards or time spent on my hands and knees looking under the sofa for lost Lego pieces. Or the hours spent teaching him not to hit his sister, punch the wall or kick the cat. Not to pull wings off insects or stamp on ants.

The hoarse voice from shouting to stop him running into the road or advising him through gritted teeth that perhaps kicking a football in the house isn’t such a good idea, much like climbing onto the roof or trying to set the dog’s tail on fire. Advising him on how to deal with bullies at school, how to be confident but not cocky and how to be funny but not the class clown. How to utilize his abundance of energy without hurting himself, how to swim out further and further without drowning and how to run even faster without falling.

I, as his mother, will hand over my future young man in the hope that he will have finally grasped the idea that personal hygiene is not such a bad thing and that he will come with a fully automated desire to brush his teeth, use soap when showering , make his bed and hopefully changing his socks will be a given.

I sincerely hope he will come to you trained in using the laundry basket rather than the bedroom floor, able to wash up dishes (without flooding the kitchen floor) and that there are other household appliances in the home to operate other than the television, that he’ll be able to make a pasta dish and knock up a pudding and that the world does not just revolve around a PlayStation console.

Most importantly I hope my child comes to you as a well-rounded, competent and considerate adult. I hope beyond hope that he will know how to treat you with respect. I plan to send him to you with manners and some etiquette. I hope he learns through time the ability to manage and control his emotions correctly. To understand you and your highs and lows, how to shower you with affection, to appreciate you and admire you, to laugh with you or just hug you when you are down.  To enable you to be whoever you want to be, to support and assist you, to love you and care for you.

I can’t promise you’ll get a perfect man but I do hope he has the ability to treat you with the utmost appreciation for the woman and mother that you will become and then you yourself will be entrusted with a similar task and so the cycle continues.

All I ask in return is that you treat him with the same respect, because one day when I hand over my boy into your hands all I can possibly hope for is that you will love him, just as much as I do. 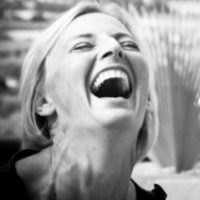 Karen Southall is swimming through life in Spanish waters with steamed up goggles, juggling work and motherhood to 2 teens. Writes full time for a B2B magazine and blogs for f… Read full bio