Teen Suicide: What we Need to Know & How to Prevent it. 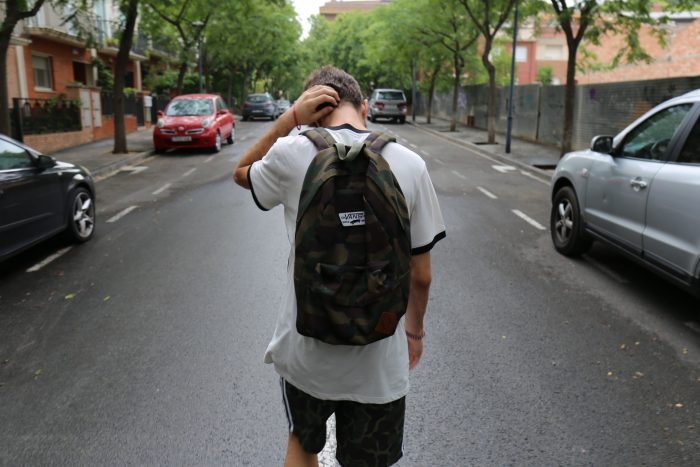 A deep sense of sadness sets in whenever I hear that a young life was lost.

But when we hear it’s a suicide, our sadness turns into something more haunting.

A young boy I knew chose to end his life today. I did not know this boy well enough to develop feelings for him. However, I do remember his playful smile, his obsession with going abroad to university, and his passion for adventures, as well as his faith in God.

I wondered why his death had such a huge impact on me that I needed to write about it badly.

The pain reflected in the face of his mother was so photographic, if captured on a camera, it would hold the essence of our human existence. Love and grief waltz to the melody of life, but they are equally captivating, mesmerizing, and moving together freely and seductively.

At his funeral, confusion marked every face—young and old alike. Battles raged within, and questions were raised.

Death does that to us—it makes us feel guilty and ashamed.

How good are we to those we love? Did I tell him I loved him before he left? Did it hurt when he committed suicide? How much time do we take out of our submersion into daily nonsense, and instead connect with our souls and not with our eyes? If only I spent more time with him…

Our society teaches us emotional control. Coming from an underdeveloped country, the cultural values ingrain this idea even deeper. We learn to build a house that symbolizes strength—and it’s made of pretense—so we stuff our insecurities, guilt, shame, and anger.

On the outside, we grow gardens of beauty that are watered with deceit.

“Stop crying,” shouts the disgruntled mom to her toddler.

“No one likes a sissy,” says the macho father to his son.

All these constructs of how we are “supposed” to behave have left us dysfunctional, hollow, and empty. Some adults have the emotional immaturity of a teenager, and they’re getting married. Similarly, teenagers with mature bodies are acting as women. The balance has somewhat been lost.

Working in a high school, I interact with over a hundred kids daily. Once I establish trust with these young ones, they let me into their world.

Recent research has shown that the brain of an adolescent is far different from that of a matured adult. Hence, emotional management is difficult at that age. I always encourage parents to speak softly to their children and never chastise them in public.

Teenagers are highly sensitive creatures. The most mature and stable ones I have seen are those who have exemplary trustful relationships with their parents.

“I tell my mom everything,” claims a 16-year-old girl to her friend. The latter looks back in disdain, “Ugh,” she groans, “I cannot even imagine telling that woman anything about my life.”

This simple conversation I caught in the hallway vividly reflects the dynamics of parenting. Friendship is important between parents and their children—it leaves less room for secrecy and deceit.

Fathers tend to pressure their sons into meeting the standards of a life that they, themselves, have never led. Parents shove their personal dreams and aspirations down the throats of their children and reprimand them when they are unable to meet them.

Where I come from (a third world country that is still dominantly influenced by religion and traditions), therapy and counseling is taboo—they’re for the weak or mentally unstable.

Techniques such as emotional management and coping mechanisms are unheard of in a society that continues to beat its women into the ground, murders its children for falling in love, and makes a mockery of a man who chooses to honor his marriage.

It seems as though all these emotionally unstable people walk around, establishing friendships and dysfunctional relationships, and we tend to deem it a norm.

In my country, the society has prevented people from being themselves. Persons in the LGBTQ community stay in their heterosexual relationships, as well as consent for marriage, because they cannot even begin to fathom being brought out of the closet—this would bring great shame to their families and the communities they live in.

So they get married only to later expose themselves to their partners and ultimately divorce and/or indulge in dangerous self-destructive habits.

Women who were sexually active before marriage hide these relationships from their marital partner because it would be catastrophic for them to know.

Globally, our governments need to start pushing funds into awareness on mental health, creating more accessible and cheap methods for individuals in need of help.

In many countries, there are no suicide prevention hotlines, and professional care is expensive—something preserved for the rich. A lot of responsibility for the mental health of our children lies on the academic system. Psychological counselors need to be present in every school, and teachers need to start paying more attention to the behavior of their students—not only their academics.

We need to run awareness campaigns on a monthly basis so we can see these vital issues as a normal aspect that everyone goes through instead of deeming it as “abnormal behavior.” Similarly, parents and guardians should check in with their teens regularly and involve themselves in their lives—they can approach them from the perspective of a “friend” or a “trustee.”

More than often, teens who feel emotionally suppressed turn toward harmful outlets in search of satisfaction. I cannot stress enough on the fact that it is up to us, as teachers, parents, caregivers, grandparents, sisters, and brothers to shelter our young ones and provide them with a safe haven.

When a young person chooses to end their life, something flawed in the systems of the universe surfaces. A hefty responsibility lies in our hands to function as loving caregivers to our young ones—their behaviors need to be caught well in time.

A simple chat, a loving hug, and a drive out for ice-cream can be the remedy to so much damage, and they can promote wholesome, well-rounded individuals with prodigious mental strength. 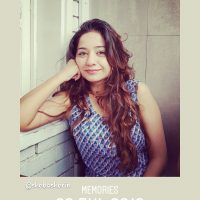 Sheba Sherin is a humanitarian worker with a degree in psychology and a commitment to working with the youth and underprivileged people. … Read full bio

Suicide: the Struggle, the Truth, the Light. Ask Me Anything: Mental Illness Questions about Suicide & Patient-Doctor Tension. ~ Gabe Howard How to Lead our Children away from Suicide.
See relevant Elephant Video