What it Feels Like to be Back to the Minefield of Dating & Healing. 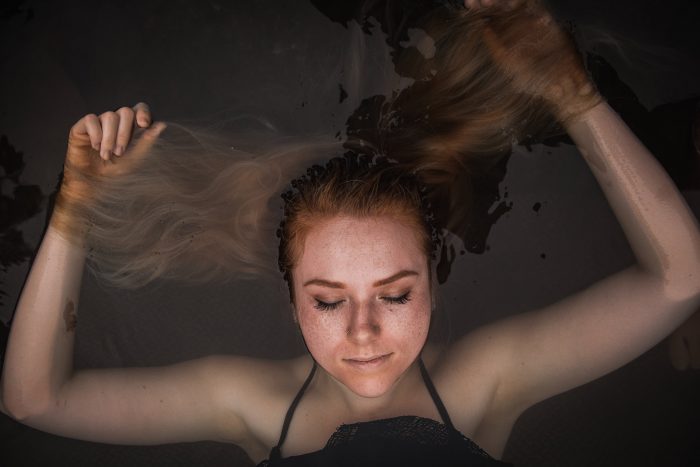 I did it—I jumped back in the dating pool.

Mostly, I just needed the distraction. I knew I still had a long way to go with my recovery from the psychological damage inflicted from the narcissistic relationship I had been involved in.

I needed to also heal from my past trauma and abuse, which had reduced my self-worth to about zero. But mostly, I needed to start moving on from that relationship and stop reliving it and thinking about him so goddamn much.

This time around, I decided I needed to take things a bit slower and not show all my cards at once. I am an open person and have a tendency to overshare and show all my vulnerabilities before I really get to know someone.

If that person happens to be a charming narcissist (as in my last relationship), well, I’d be like gold to them—a literal treasure trove that has just been laid at their feet and that is gleefully stored away for ammunition to psychologically manipulate me via my emotional wounds in the future.

I signed up to online dating and so ensued: the awkward online messages; some were inappropriate and uninviting pictures; a couple of crazy, aggressive types who made it apparent why they were single; a few coffee dates that were pleasant but not going to be repeated; the confusion when a date expressed interest at seeing me again after our first meeting, which seemed to go so well, only to ghost me after that; the absolute good-time guy who I had massive fun with and could have a one-nighter if I needed some physical connection, but I knew I would never see him again unless I wanted to smash a few bottles of wine and paint the town red; the one who I had a few dates with and had a bit of potential but then drifted into oblivion.

And then, just when I was going to throw in the towel, came the one with some subtlety and realness.

Three weeks of dating, dinners, breakfasts, intimacy growing, making plans, and deciding that we would only date exclusively, and then it hit: a problem, a massive misunderstanding, the first roadblock.

And there it was, the unknown test I was thrown to see how much I progressed along the path of realising my value and self-worth, while navigating a relationship hurdle that required two participants to work through.

It was a mixed result.

I panicked, I felt anxious, and I immediately went into my “fix it” mode. After a lifetime of being made to feel responsible for the emotionally manipulative people’s happiness and their unconditional love being so conditional and withdrawn as a control technique, my role was established early of taking responsibility and needing to fix everything and make it right.

So I jumped into that mode. I sent several text messages explaining and justifying myself and begging him to realise how the misunderstanding had occurred and to give us a chance.

I’m embarrassed that, yet again, I seemed to beg someone to be with me (I actually used the word “beg” in a message). It makes me simultaneously cringe and my eyes well up just thinking about that again and writing it down: I begged and I pleaded with him to please understand and believe me, to give us a chance, to get to know me better.

F*ck! Why can I not be one of those people who can literally flip the bird with a “F*ck you! I know my truth, and I know who I am? Your loss, dude, you have just given up the chance to be with an amazing, warm, smart, compassionate, loving, and giving woman,” and then move on without a second thought.

That was the worst part.

This time, I could answer myself back with, “F*ck that, you deserve a great relationship, respect, and someone who understands you, believes you, and is willing to talk and work through things—you are a great person and deserve a great partner to match with.”

Then I sent an email after a couple of days and hoped that he would have had time to reconsider things. But my gut was that he wouldn’t respond—and he didn’t…stubborn man.

So faced with an endless weekend ahead, which we had originally planned on spending together, I picked up one of the books my therapist had recommended that I hadn’t got to yet—Love Me Don’t Leave Me: Overcoming Fear of Abandonment & Building Lasting Loving Relationships by Michelle Skeen.

Saturday morning coffee in bed—cat and dog keeping me company—and I opened it up. Yes, my period was due in five days, and I tend to get a bit emotional leading up to that, but I didn’t even get through the first page of the foreword without bursting into tears.

Having battled severe anorexia and bulimia in my late teens and early 20s and going to therapy on and off over the years, I was well aware of the words and concepts summarised as being the key features of my relational way of being for a long time, however, here it was wrapped up so succinctly of how I felt and had behaved through most of my adult life.

“The intensely, emotional distress…can produce for some, unbearable feelings of abandonment, betrayal, manipulation, and emotional deprivation. The feelings can shift into problematic and self-defeating coping behaviours, such as unremitting self-blame, intractable subjugation of your own needs and rights, ruminations about repair, and at worst, intense states of depression, anxiety, or possible self-harm.”

“This is especially challenging for those who have also endured a childhood and long-standing history fraught with experiences of loss, neglect, or abuse as well as feeling unlovable, undesirable, or just not good enough. The coping style—often constructed early in our development, when critical emotional needs are unmet–can become embedded in our brain’s survival systems, acting as automatic navigators when faced with perceived threat. Under certain conditions, like being cast aside by a partner, those once upon a time intolerable feelings of loneliness, shame, inadequacy, abandonment, rejection, and mistrust can get triggered. This can result in the rapid activation of coping styles that, although perhaps somewhat helpful in early life, are now ironically self-defeating.”  Excerpt from Love Me Don’t Leave Me ⁓ Michelle Skeen

It was quite confronting that even though I had only been seeing this person for such a short period of time, the judgement from someone who didn’t really know the true me, and the slap of rejection I felt because he wasn’t prepared to work on resolving a misunderstanding, still created such intense feelings of inadequacy in myself—aspects of those old patterns for external validation also immediately sprung up like a jack-in-the-box.

I can cling tight to the fact that I know the truth, that I can recognise my self-defeating behaviours, and that I notice when I am engaging in negative ways of self-soothing. And even though I’ve probably had a few too many tears over someone who wasn’t worth it, I can also see that my self-worth is slowly growing to believe that I deserve more and will find the right person who is receptive to healthy, open communication and wants to grow and evolve with me.

But holy hell, it is tough some days knowing how much more of a journey I have to heal fully and questioning whether the day will ever come that I feel completely accepting of myself.

For today though, I will pick my book back up and try and make it through chapter one. 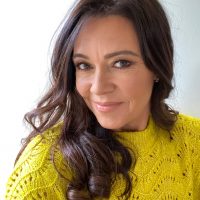 The 10 Commandments of Dating (if we’re looking for a Relationship & not Just Sex). The Dating Wounds we Carry after years of Being Single. Why a Year of No Dating was the Best Thing I ever did for Myself.
See relevant Elephant Video