Bring the Swagger: How Wakesurfing Taught me to Own my Identity. 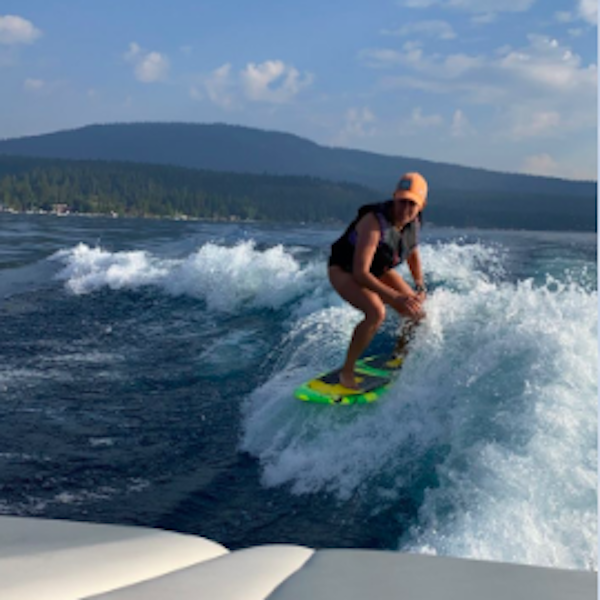 I’ve been reading a lot of things lately that talk about identity.

How important identity is to who you are and how you choose to show up in the world.

According to James Clear, identity is a critical component to how you establish and break habits. Just identifying as a nonsmoker by saying, “I am not a smoker” will lead to way better results when kicking the nicotine habit.

It has a powerful hold over women in particular. We are often choosing between our identities; mom, friend, partner, or colleague. Or more likely than not, someone else is choosing our identity for us.

I learned a lot about how identity can manifest within women this summer. I had the great fortune of teaching a number of women how to wakesurf. Maybe you’ve seen the instagrams of P!NK, Danica Patrick, and even the Kardashians wakesurfing this summer. If you haven’t and you don’t know what it is, picture a boat with big speakers cranking out tunes, going about 10 mph with a giant wave behind it. The wave is, in fact, so big you can surf it endlessly without even holding onto a rope.

It is truly one of life’s biggest joys to toss that rope back into the boat and surf your heart out to a perfectly curated selection of songs. We created a terrific atmosphere for women to learn how to surf. The boat was typically full of a crowd of supportive cheerleaders who championed positivity, zero judgement, and one heck of a playlist.

When I first learned, I struggled to find the sweet spot and finally throw the damn rope back into the damn boat. At first, I was timid and a little embarrassed that everyone on the boat had to watch me suck so bad. I was not a surfer, and I had zero swagger. But eventually, after a lot of great coaching, I got it. I became a surfer.

Now I surf with ridiculous swagger, even though I know there are many who surf way better than I do. But with that swagger, I push myself to get better every time I go out there. And is there really anything better than enjoying the mastery of something?

It was usually pretty easy to see how the surf session was going to go from the start. The women who showed up with swagger always got it. They charged the water, standing aggressively on the board—ready to surf. Maybe they didn’t let go of the rope on their first day, but they got up and felt the force of the wave underneath them. By the end of the day, they were surfers. They had swagger.

The ones without the swagger usually struggled. While eager and willing to learn, they held a sense of trepidation about it.

“I’ll just give it a couple of tries and then someone who really knows how to surf can go.”

“I can’t believe I am even attempting this—I am not a surfer.”

It was almost as if they were apologizing for attempting to even be in this space. And the thing is, it is really hard to learn to surf if you don’t show up with some swagger. Turns out, being timid and apologetic usually coincides with a more upright position with you back on your heels, waiting for the inevitable to happen as you fall off the board. If you don’t show up ready to get in an aggressive stance and own it, you are going to have a hard time.

To them and to all of you I say, who the f*ck cares if you don’t know how to surf. If you want to learn and you get in the water, you are a surfer. And if you identify as something, you can bring the swagger. “Yeah, I surf. Watch me.”

Who cares if it took five attempts just to stand up on the board. Who cares if you lost the wave every damn time you tried to let go of that rope. Who cares if you still aren’t confident which foot you should be putting forward. You are out there. You are surfing. Bring the swagger.

With that swagger, you will find the sweet spot on the wave and eventually toss that rope back to the boat. “Here, I don’t need this anymore. I am a surfer.” Swagger.

To me, identity is deciding to show up with swagger in whatever space you want to.

What holds us back from our swagger? I think it is our fear of looking like a fool, or even worse, like an imposter.

I have never identified as someone who does yoga. For years, I never went to a yoga class because I was sure I was not someone who did yoga. I didn’t have fancy leggings, a yoga mat, or an appreciation for the word namaste. Finally, a friend dragged me to a class, and it turned out that yoga is really just stretching with some fancy terms and fancy spandex. That first class, I was the girl on the surf boat with no swagger. I stumbled through most of the poses, giggled about my inabilities, and basically showed up as a person who does not do yoga. But guess what? I love stretching. So now I do yoga. I may not have the best tree pose or fully understand why anyone would want to stand on their head, but I show up with a little more swagger now because yeah, I am a person who does yoga.

Women are often victims of imposter syndrome. They find themselves in a position they don’t believe they rightly deserve to be in. They live in fear that they will be found out. They have no swagger. Next time you feel this, own the identity of whatever you are trying to do and bring the swagger—in a yoga class or the board room. Don’t let the boundaries of an identity keep you embracing your swagger. Don’t excuse your insecurities with giggles and avoidance of that identity.

Stop telling yourself, and usually anyone who will listen, “It’s okay if I suck at this because this is not who I am.” Stop with the excuses. Stop denying the identity that is yours for the taking.

Go out there and own it. Bring the swagger. 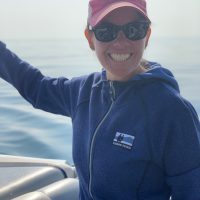 Amy Berry is a nonprofit executive living in Lake Tahoe. She loves to drag her friends up ridiculously steep hikes and her daughter out of bed early on powder days. She can ne… Read full bio