We have Become the United States of Prostitutes. 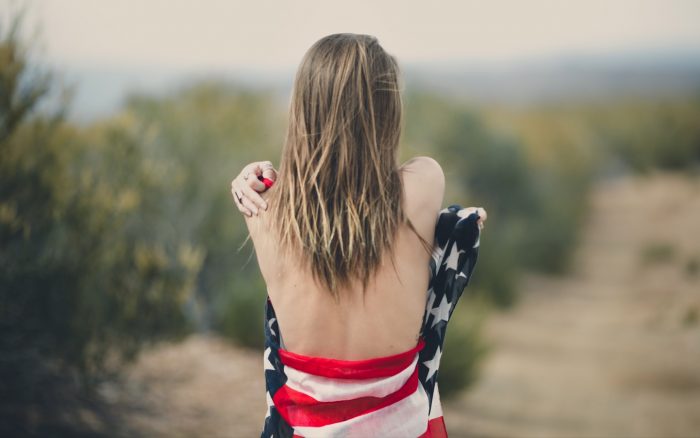 If I could pick one word for my feelings about 2020, that would definitely be at the top of the list. Wild and “wylin,” collectively, we have been experiencing disruption after disruption this year.

Regardless of who you vote for, you are not making a choice; you are making a compromise.

Let’s be clear—I am not going to tell you who to vote for. That is not what my article is about. I am going to show you why your choice feels so bad (on both sides of the divide).

I like to think of them as programs that come pre-downloaded on our human operating software. In order to overcome these “factory settings,” we have to acknowledge an archetypal program is running in the first place.

We can then start making choices to override the automatic responses and choices that the programming compels us to make. (Yes, I said compel. Archetypal patterns are strong and persistent.)

The first experience I had with understanding archetypes was when I was sitting in an Al-Anon meeting. I was listening to the stories of other people in the room, and I just kept thinking, “These people are living my life.”

It was a quick snap into the reality that I wasn’t special, my addiction wasn’t special, and neither was anyone else in that room. We were simply making choices and decisions based on an “Enabler” archetype. We were, essentially, living the same lives.

Archetypes may seem like a negative thing, but I like to think of them as roadmaps that help us identify which patterns we are stuck with. Within those patterns are the solutions to overcome them.

The Enabler archetype seeks to teach us about empowering others and honoring their journeys without the need to intervene. The Addict archetype is about healing the self and personal empowerment.

Each archetype is a coin with a “shadow” side and a “light” side. The shadow side keeps us trapped within the same paradigm; the light side empowers us to break the cycle and make new choices.

There are hundreds of archetypal programs we could be dealing with at any given time, but the specific one we need to talk about is the “Prostitute” archetype.

Who is the Prostitute?

The prostitute isn’t about sex for money (although that’s probably what you thought of when you clicked on this article). The prostitute archetype is about compromise—specifically the compromise of personal values and merit.

The Prostitute is a shifty lady. She barks about empowerment and liberation, but, in the shadows, she is constantly compromising her sense of self, her moral compass, and her core values. To be blunt, the Prostitute has a price; she can be bought.

Right now, the Prostitute archetype is rampant in the spirit of the American people. The price? Fear.

As I scroll through my social media, I see a lot of “support” for one side or the other that actually isn’t support at all. It’s a smear campaign against the other candidate. We are not rallying behind a candidate because his values and messages align with us; we are rallying behind him simply because he’s not the other guy.

And the whole thing feels awful.

Why are we so passionate about these smear campaigns?

Because our choice feels bad.

Most Americans are not making a choice in this election. They are selling their personal values and merit for the low cost of fear. And because we are sellouts of fear, we are creating in ourselves a deep sense of loss and dilution of our own identities. We are, by making these huge compromises and justifications, diluting our very sense of self. What happens when our sense of self is lost? We begin to feel powerless.

And when people feel powerless, things get loud.

Everyone is talking about “the other side.” Everyone is hoping that they won’t be called out on their own moral discrepancies, which only amplifies their fear, morphing it into anger, judgment, and, worst of all, indifference.

We cannot be indifferent about our fear right now (or the fear of others). We must come from a space that recognizes how “Ted from down the street” is just as afraid as we are. And he feels just as icky about the major compromises he’s making. He knows, just like you know, something is fundamentally and divinely wrong with the corner we’ve all been back into.

The worst thing we can do right now is to negotiate that our moral compromises as better or more justified than somebody else’s. We are all in the same boat (and it is sinking, my friend).

First, we have got to decide who we are and what we stand for within ourselves. Propaganda is strong, and it is effective. Actual studies from the 1920s prove that intense and ongoing propaganda campaigns will rally entire cultures behind wars, acts of violence, and degradation of personal moral values. You might not even know who you are or what you stand for at this point. Figure it out.

Have conversations with people who may not be on the same page, seek to understand their fear, and meet it with compassion instead of indifference. Educate and allow yourself to be educated on what’s important to your community, your families, and your children’s futures.

Once you’ve identified your own moral non-negotiables, Do. Not. Compromise. Them.

I know you’re scared, me too. But we can’t look to anyone outside ourselves to ease our fears.

We must start by empowering ourselves, advocating for our rights and the rights of others, and stop buying tickets to the sh*t show. 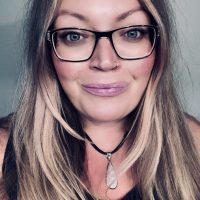 Lindsay Crowther is a sage of spirit and science. She couples metaphysical healing systems with modern research-backed science to identify misalignment in the mind, body, and… Read full bio