Trump May Now Be at His Weakest. 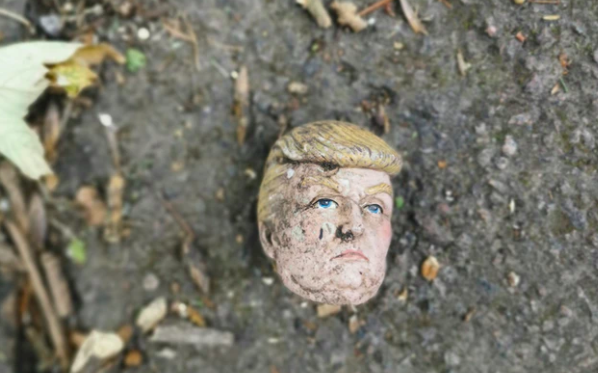 And it is the one offense his base can’t stomach.

Trump may be unlikely to die of the Coronavirus, but that which does not kill us seldom makes us stronger—and it usually leaves us traumatized.

In the case of the Coronavirus, it typically leaves its victims gasping for breath and struggling to think clearly. It almost always leaves them weaker—and there is nothing fascists disdain so much as weakness.

Fascism seeks to bolster the identities of ethnic majorities through brutal attacks on the weak and marginalized. Its abusiveness led the literary light of early 20th-century antifascism to sum it up in a single word: a fascist, according to George Orwell, is simply a “bully.” And yet, like schoolyard bullies the world over, the bluster of fascists is a facade hiding weakness. Fascists seek to strengthen their own weak identities through participation in a cult of personality centered around a strongman bully.

Hence, there is nothing more dangerous to a fascist leader than looking weak.

Yet, Trump was never the titan he claimed to be. He had a weak mind and an even weaker character. He lacked discipline, order, dignity, and integrity. And his skin was so thin that normal criticism sometimes seemed to rub it right off. But this just made him more endearing to his followers who suffered the same weaknesses.

Trump’s supporters lacked the ability to cope in a complex multicultural society. They did not understand it, and they lacked the ability to adapt to it. What Trump showed them was how to cover up their weaknesses through ruthless attacks on the marginalized. And this is why he can break any norm, assault any institution—but the one thing he can’t do is let his weakness show. Because the one thing fascists hate most is weakness—and all the more so, because like classic bullies, deep down inside, they know they are weak.

But the Coronavirus has just shined a spotlight on Trump’s vulnerabilities. Suddenly, his corporeal existence matters, and it isn’t pretty. Trump is an obese, elderly man who eats garbage, and is addicted to adrenaline, and he just loaded up on a cocktail of treatments, which medical experts tell us is suggestive of a serious condition that could quickly spiral. If the experts are to be believed, leaving the hospital was a reckless act, endangering himself and others.

Yet, Trump was weak and he had to hide it—so much so that he endangered the lives of Secret Service members, by going for a ride to wave at crowds, in the middle of his treatment. Now, he is returning to a White House whose inhabitants will be further endangered, much like the audience at the last debate, which was subjected to the arrogant disdain of his entourage, who broke the rules and removed their masks. Perhaps they just didn’t give a damn, but it is likely they too wanted to appear strong after years of kissing up to a hateful and ugly tyrant.

And herein lies the rub. Trump is far behind in the polls. He is arguably the most despised president in at least a century, and he is an international laughingstock. According to his own advisors, he has the intelligence of a fifth-grader, and he looks like an aged Mussolini with bad hair. Meanwhile, he has made a shambles of the country, which is experiencing the worst pandemic since 1918, the worst unemployment since 1933, the worst racial tensions since 1968, and the worst leadership since the country was started.

All this makes Trump look weak, but he can’t afford to look weak, because if there is one thing that his base will not accept, it is a weak leader.

Hence, we should expect that as Trump gets weaker he will lash out all the more intensely in a desperate bid to look strong. Yet, it will be hard to lash out if the virus saps his mental and physical strength, and it will be even harder to look strong if Democrats press their advantage. Like bullies the world over, Republicans want to see Trump beat down his opponents. This is why they got on board the clown train in the first place—and it is why fascist movements almost never last after their leaders are defeated.

Hitler swallowed cyanide after losing the support of the German people, and the Nazis disappeared from public view for generations. Mussolini was hung from a lamppost by a mob, and his image never recovered. When fascist leaders cease to be popular, opponents within their own parties come out of the woodworks to tear them apart. The people who they bullied rise up in rebellion—and as their popularity nosedives, the rats jump ship.

It is always possible Trump will recover with little ill-effect—possible but not probable. And wouldn’t it be fitting if the best talker, with the biggest hands, who loves to brag about his greatness, would be brought down by the tiniest of viruses? It was so small it escaped his notice, and yet it was the only thing, really, that he needed to master. It was the thing that mattered most, but with this, like so much else in his presidency, he failed miserably—because deep down inside both he and his supporters know he is too erratic to be effective, and too narcissistic to be strong.

The Trumpian Nightmare was Destined to End in Disaster. A Non-American’s Take on Trump Testing Positive for COVID-19. October Surprise: Donald Trump Tests Positive for the Coronavirus—Here’s the Scary Part. I Refuse to Spiritually Bypass my feelings about Trump’s COVID-19 Diagnosis.
See relevant Elephant Video