“Don’t Talk to the Black Kid”—What it means to Face the Unpleasant Parts of our Generational Prejudice. 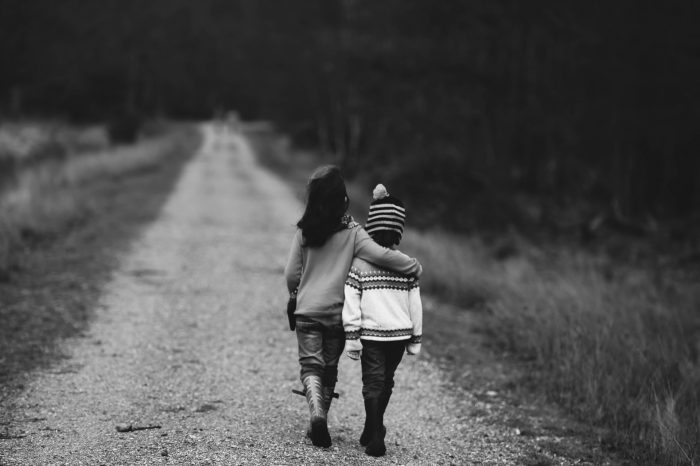 My close friend and colleague of nearly 10 years, Peter, is a person of color from a middle-class Jamaican family who emigrated to Queens, New York, just before he was born. As more police shootings of young Black men were in the news, I found myself increasingly worried about Peter’s safety.

I was struck by the injustice of it all, intuitively knowing that he would be safer walking the streets beside me—a white woman in my 30s—than as a single Black man walking alone.

I thought that he would be less likely to get arrested or shot down by virtue of my presence beside him; that this kind, gentle, hardworking, law-abiding, and decent Black man could be shot down and simply written off as just another “thug.”

The social movement in this country on race relations takes me back nearly 30 years to a burgeoning friendship between myself and a young Black girl living across the street from my father’s house.

At this point in time, the neighborhood was nearly all white, middle-class with both Jewish and Italian residents. People took notice when a family of color moved into the area.

So at the age of eight, this became the first time that race had presented itself in my life in a discernible fashion and in a manner that labeled the “other” in a bid to protect and shield the “self.”

Being a Jewish kid from Brooklyn, I was thrilled to be exposed to the fun and excitement of an Easter egg hunt with my Black Christian neighbors. The exuberance and excitement of the day still fills me with joy, especially the brightly-colored eggs and the gooey sweetness of those sugar-coated marshmallow rabbits.

As far as I was concerned, the entire day was thrilling. This memory stands out because it was a happy moment amidst a dark period.

My parents were newly divorced, and I was being dragged back and forth between my mom and dad’s house. My childhood experience could be described as chaotic at best. At the tender age of eight, neither one of my parents paid much attention to me as they were consumed by their own emotional challenges at the time. Neither set up playdates or after-school activities, and so I spent much of my time alone; loneliness is still an emotion that plagues me deeply.

But having had a friend across the street was having an entire world opened to me. My friend’s family life was stable and nurturing, whereas I was often alone. But, within this new plotline, I got to spend time with a bona fide family.

That is until my father got wind of this increasingly intimate relationship and decided that I had become too close and enmeshed with my Black friend and her family. My dad decided that action was needed to protect me—or, at least, that was what he’d say. As you may have guessed, the friendship was terminated, and my dad sent me to live by my mother for the majority of the time.

Here’s a bit about my dad. He was the child of two Holocaust survivors and immigrated to the United States from Hungary at the age of 11. My dad grew up in a world where all of his grandparents, cousins, aunts, and uncles were slain at the hands of a society that turned homicidal on its own people. This familial history laid the groundwork for a world perspective that saw anyone who was not Jewish as a possible threat.

But there was something about Black people that challenged my father. Although he would deny that, it seemed like he had a visceral reaction. Why? Because of his exposure to another incident of anti-Semitism.

While in the army, my dad was attacked by a group of Black men for being Jewish. They woke him up in the middle of the night, shouting anti-Semitic slurs while beating him mercilessly. Till the day my father died, the slightest touch while asleep would cause him to scream and jolt awake.

Then there was me: the grandchild of four Holocaust survivors, growing up with a more liberal and inclusive-minded mother in both a new country and generation from that of my predecessors. What did I know of existential threats and genocide at the age of eight? I was a gregarious and outgoing girl who giggled a lot and befriended the other kids in my neighborhood. My group of friends became increasingly diverse as the racial makeup began to change.

At some point, we all need to come to terms with the humanity of our parents as flawed, fragile beings (some more than others). My father and I did not see eye to eye on a number of topics. He had experienced a chain of events that impacted his world view—that the “other” was something to be feared. He did not feel safe in his world. But, as his child, I have been gifted with the friendly over the hostile, the similarities over the differences, and connection over separation.

Moving beyond stereotypes and snap judgement is about getting familiar with something on a granular level. The subtle and overt messages that I heard growing up were that I shouldn’t get too close to a person of color.

But, as I developed the courage to look at even the unpleasant elements of my lineage, I was able to choose my response to old storylines of prejudice. I reconnected to the child within myself who had the ability to play with all the kids across the street (both literally and metaphorically). And, as an adult, I’ve experienced being deeply connected to someone with whom I was told that it was not possible.

Let’s not oversimplify a complex matter, but there are many folks and different narratives that tend to be judged with broad strokes. However, by refining these distant and umbrella categorical groupings of people into the story of the individual, it concretizes who we are fighting to love.

By doing so, we can all make the decision to advocate on behalf of peace, harmony, justice, and a sense of fairness and dignity in the face of all that would dare to threaten their existence. 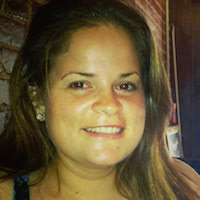 Alyssa Gross, born and raised in Brooklyn, New York, is a thirsty soul looking to help create and sustain spirituality, mindfulness, and positivity within community. She invi… Read full bio