How I talked to the Animals 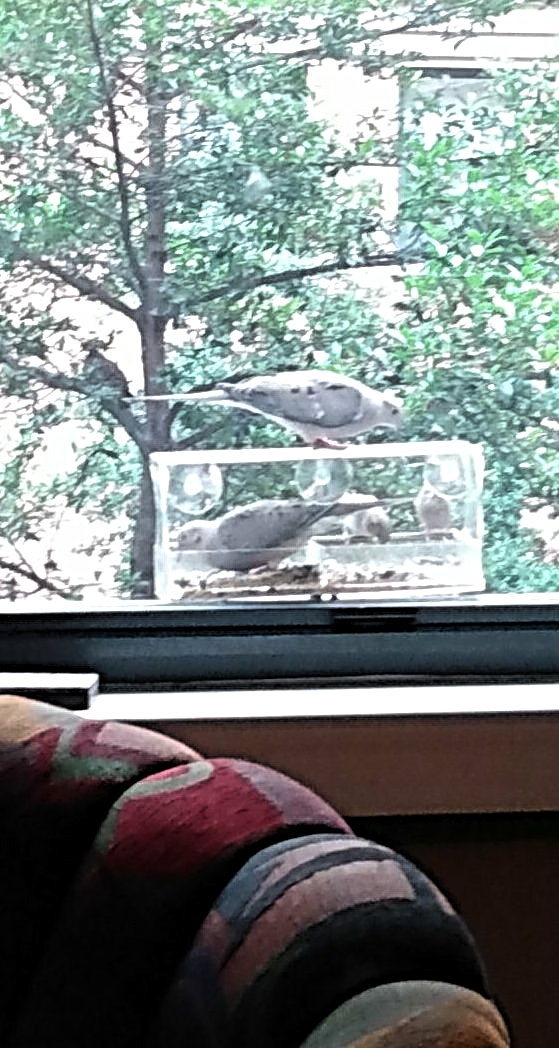 I’ve always been a rational and follow the rules type. My rigid thinking used to drive my mother batty. I can remember being about four or five and she’d introduce me to people as ‘this is Antonia, MY mother’. It did get me thinking.

Mum has an intuitive mind I increasingly appreciated. Recently I’ve been tapping into that part of me, a part I didn’t think was there yet turned out simply to be dormant. It all started when I took up yoga in my forties to keep my body humming and the next thing I knew, I was meditating and doing affirmations. I ended up finishing up my yoga teacher training when I turned 50. My mind is being blown and expanded daily. But that’s yoga for you.

I’ve just started Kundalini Yoga Teacher Training. I’d been more and more drawn to Kundalini style yoga, which I practice online with Brett Larkin. It’s a powerful energy shifter and really is designed to create awareness, so you can come home to your true self. It’s about energy and growth, and expanding your consciousness baby. It is also incredibly challenging physically.

Predictably what happened next is that Brett Larkin announced that she was starting a Kundalini Teacher Training. The timing was, of course, just right.

I’m just beginning the teacher training and my energy is already shifting in a profound way. You know when something seismic happens and you’ll never be the same again? That’s what I’m experiencing. I’m moving differently and holding myself differently but most important is that the vibes I’m sending out are in a different league.

The Mourning Doves are Back

We live in a condo, a couple of stories above the courtyard. A while back, we suction cupped a perspex bird feeder onto the window. We mostly got Mourning Doves and Sparrows that lived in the courtyard. The Mourning Doves were chill – laid back and relaxed. The sparrows, well let’s just say there was always some drama.

I got to know the birds – we could see them through the perspex and they were used to us, so I could get really close. I’d have long chats with them. Sometimes they engaged, sometimes they were busy eating. There was even a shy fledgling who, like a proud mum, I watched slowly became more confident.

Then came the day we had to take it down because the building rules didn’t allow bird feeders. I was crushed. We’d been in lockdown with Covid for a couple of months and the birds had become friends who perked up my day. I’d come down in the morning – looking to see who was there and enjoy them right through to their dusk feed. The sad part was that they kept coming and I had to tell them I couldn’t give them any more food. I came close to breaking my heart.

Eventually they left. I would hear the birds in the courtyard, but months went by without a single visitor. Then I started my Kundalini yoga teacher training. I knew things were happening inside me that I couldn’t describe or even pinpoint as I was working through the practical modules and listening to the lectures. One dawn I did my pranayama / breathwork practice. It’s called the Basic Breath Series but there’s nothing basic about this whole half hour practice.

I took my shower afterwards, feeling amazingly grounded and open. I came back downstairs, smiling that the sun was up. As my eyes enjoyed looking out over the courtyard, they stopped. There was a Mourning Dove, standing on the window sill, looking at me. Now, with Sparrows you always know what they’re thinking and how they feel, the little drama birds. Mourning Doves are more impenetrable. It’s hard to know what’s on their mind. I made my way over to the bird, ‘hello, sweetheart, it’s so good to see you – I haven’t seen you in ages’.

As I reached the window, in quick succession, one, two, three other Mourning Doves landed – joining my original visitor. I’m rarely at a loss for words, but I stood there for a moment, basking in this unexpected treat. Then we had all a good chinwag before they flew off a few minutes later.

Yoga is this powerful, especially Kundalini yoga. We’re all familiar with the physical aspects of yoga – yet originally that was developed as a vehicle for the internal work. In Kundalini yoga, the intense physical practice is specifically to move energy and expand your consciousness. Imperceptibly it changes you from the inside as well as the outside.

A few days later, when I did the Kundalini Basic Breath Series again, I got another Mourning Dove visit. My energy is lifting and expanding – I can feel it reaching out and becoming more focussed at the same time. It even reaches up into the sky to touch the birds. 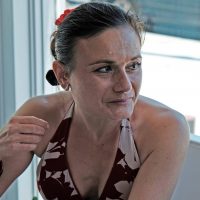 New chapters seem to abound in life, and Antonia Balazs’ yoga journey started as she was approaching midlife. In fact, she was finishing up her yoga teacher training in … Read full bio