America, we Must be Better. 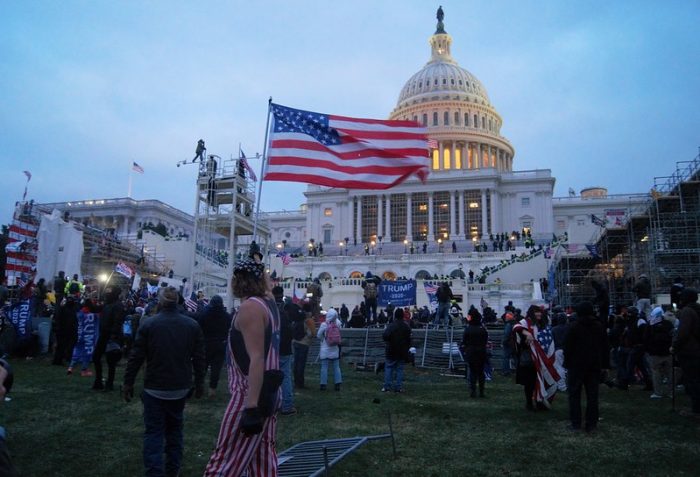 Donald Trump is an egotistical, insufferable, delusional lunatic, but his wild support among half the nation is merely a symptom of a much deeper and concerning condition.

A condition that we should work to examine from all angles.

From the beginning, Trump has abused his position in power for political and financial personal benefit—he was even impeached for doing so. He has defended white nationalists and attacked minorities. He has shown admiration for brutal dictators and destroyed United States alliances. He has presided over the loss of 375,000-plus American lives from COVID-19, many of which were considered preventable. He has recurrently incited violence and welcomed attacks on our elections and democracy. He has demonized journalists, lied without consequence, fueled paranoia, and thrown reality itself into doubt. Unfortunately, this is not an exhaustive list.

Trump has made a convincing case that he is the worst, most incompetent president in American history. And yet, in November 2020, more than 74 million Americans filled out their mail-in ballots, or strolled to their local polling stations, and actively cast their votes for Trump to continue dragging American democracy into the fiery depths of Hell for another grueling four years.

As we know, many Americans voted for Trump because he challenged the status quo—and because they aren’t paying attention. Some suggest that white working-class and middle-class Americans are motivated by deep rage and bitterness, inspired by a creeping economic crisis and a belief that Democrats have failed rural America. Broken primaries, crooked campaign finance rules, the Electoral College, and the two-party system have further ushered us into these dire circumstances.

What we are facing today is also a reflection of decades of deep-seated racist and unjust policies. A reflection that we have already seen—many times before. The same privilege that welcomed illegally armed white nationalists onto federal property and took photos with insurgents inside the Capitol of the United States of America on January 6, 2021, is the same privilege that benefits all white Americans. We are witnessing, in real time, white America’s decisive failure to change, yet again.

Early on in the Trump administration, we watched as white supremacists began reasserting themselves into American politics, emboldened by Trump’s appeals to white identity. America can no longer turn a blind eye. We can no longer pretend that these people do not exist, or that they represent only a fringe minority. We have been handed glaring evidence that these same people are our own current and retired public servants and elected officials.

Many have challenged those saying, “this is not America.” I’ll try not to belabor the point, but I agree. Half of American voters voted for Trump just two short months ago. The insurrection we witnessed in our nation’s capital was organized and executed by Americans. Immediately following this national tragedy, which was incited by our own government’s unrelenting rejection of what election officials have deemed the “most secure [election] in American history,” eight American senators and 139 American members of Congress stood before the American people and voted to overturn a free and fair election.

Unfortunately, as it is, this is legitimately us.

We should recognize that this is us because it is very clearly part of us, but we should also acknowledge that it isn’t all of us.

Contrary to some of what we’ve seen in recent years, we do have sincere and good-hearted public servants in office who are striving to do right by the American people. Those who are having honest and uncomfortable conversations with each other and with their constituents; who are standing up to hate, evil, and corruption; who are not afraid to speak their minds in the face of injustice; and who are fighting every day for a better, healthier, more equitable country.

We also have an incredible arsenal of activists, leaders, and concerned global citizens standing up for Black Lives Matter, immigrants, LGBTQ+ communities, feminism, climate change, human rights, and more. With protests, petitions, donations, grassroot movements, and civic engagement, we have shown over and over again that the power is in the people. We have the power to change racist and unjust policies and radically transform American standards and principles, but we have to do the work. And the work will be hard. And we have to rest. And we have to elect officials who will do the work. And we have to do the work.

Trump’s presidency was not the beginning of the erosion of democracy, but it did thrust it to a dangerous tipping point, one that we can still pull back from—together. Perhaps reaching this point was what America needed in order to take a long hard look in the mirror, again. For us to see the dangers, ugliness, and lies for what they are so we can strive to make them different. For us to reimagine what we want America to be.

As Eddie S. Glaude Jr. so promisingly puts it, “Whatever happens next will be up to us.” 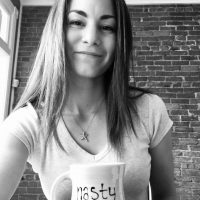 Amanda Laverty is a scientist and analyst working in Washington, D.C. She is a conservationist, humanist, and concerned global citizen. In her spare time, she finds happiness… Read full bio