Two years after you left us, the war staggered to a halt. It wasn’t how we’d imagined it, but something came along that looked like peace.

There were purges, of course. The victors always have their way with the vanquished. But at least there were no more sad and random deaths in battle. There was only torture and murder, and the settling of old scores.

I have nothing else to report. Nothing that would surprise you. The world kept orbiting and turning as it always does. Since you’ve been gone, it’s just been more wars and more lies. More wars. More lies.

But you don’t need me to confirm this, do you?  If you’d had any hope I’m sure you’d still be here, like the rest of us, hoping for a better world.

I’ll never forget the last time I saw you. From the window of my friend’s old Citroen as we sped down the hill to cross the bridge over the Yarra. It was the fag end of a rainy day in winter. The sky was darkening fast with evening coming on.

I caught a glimpse of you at an intersection. Propelling yourself on a pair of wooden crutches to the safety of the pavement as the traffic snarled back into life. I swung around in my seat but you were dissolving in the drizzly distance. A crippled apparition. An old man, at twenty-one.

I discovered—much later—we were born in the same middle month of the same mid-century year. It didn’t surprise me. I’d always thought you were my doppelganger. My almost identical twin. With your long blond hair and your deep blue eyes. Your clumsy shy ways. You were just like me at seventeen …

Sitting there, mumbling. Hunched over the plain wooden table. Reciting your poems in a dusky alcove of the small, candle-lit theatre. Your voice barely audible above the crackling of the log fire.

We listen in rapt attention—your fellow poets. Our heads bowed in reverence. The smoke from our cigarettes drifts in slow spirals toward the ceiling. Our glasses of cheap red wine stand neglected for the moment.

And, there I am: a schoolboy who has found his promised land. I drift away on your words while secretly scanning the unexplored depths of women’s eyes.

Do you remember? We thought it was the dawning of a new era. The beginning of all beginnings. We dreamt of revolution, and by that very dreaming, we would fight and win. And poetry—sweet poetry—would heal our wounds.

Yet, we were wrong. It was the last gasp of Romanticism. They who came after us—the philistines—they murdered poetry. They stripped off the flesh, dismembered the bones and sucked out the marrow. You wouldn’t recognise it anymore.

We intersected here and there, now and then, as we all did well in those crazy days. But we never met. Then—suddenly—on an ice-cold night we were walking together through the midnight streets with my mate, Phil, to the squat where he lived on Queensberry Street.

Phil, himself, was on the run for things he’d said and things he’d done. He was full of beans and having fun in the vanguard of the revolution.

He’d promised us somewhere to lay our heads but it was not quite what he’d promised. The building was huge. But when he pushed open a creaky side door there was only the tiny antechamber which he’d dared to call his room. By the feeble beam thrown from a streetlight across the road, it was clear we’d be sleeping on the bare boards.

Phil curled up in his stolen blanket and nodded off. You wrapped yourself tightly in your navy-blue jacket and I in my torn fur coat. We talked by the light of our last cigarettes then fell into a fitful sleep.

We woke to Phil’s snoring and a bright chilly day. There was a door leading inwards. We set off to explore. We found ourselves in a foyer and then a large hall.

The rays of the sun were slanting through a row of tall arched windows facing east. It reminded me of a Methodist church in the Yorkshire Dales where I’d once gone, as a child, to a harvest festival. The autumnal light fell upon the cornucopia at the altar. On the sheaves of wheat, and the shiny apples, the ripening pumpkins. Everything was bathed in gold. And here, it was like that again. It was a blessing. An annunciation.

You found an old volleyball and the net to go with it. Taking one end each we strung it up as best we could and began to play. We pushed the ball through the dusty air between us. Back and forth, back and forth. We did not speak. In the grace of that shimmering morning, and of each other’s presence, we had nothing to say.

Phil was still sleeping when at last we stepped out onto the streets of North Melbourne to walk into the city. It was strangely warm and we stopped off at a workers’ pub to slake our thirst. Elbow to elbow with our fellow men, we sat together at the bar.

Somewhere, on a busy street, we said our goodbyes and I sought out my father where he was working on a multistorey construction site. I scrounged my tram fare home.

That was our one and only chance at friendship. Our paths diverged, and that was that. I was never so close to you again. But I never left you, Charles.

I was still by your side, two years later, when you fell ill. I guided you in your electro-shocked stupor along the same drab linoleum corridors I’d walked with my brother many years before. They destroyed his mind, and they destroyed yours too. They knew no better then.

I was with you on that late-spring afternoon when you returned to the refuge of your parents’ farm. I rode with you on the long train journey out of town, watching the suburbs slipping by. Together, we strolled the last few miles from the station along the undulating dirt road. The blood-red fruit was ripe in the cherry orchards along the way.

I went out with you in the early hours of the morning when—resolved—you grabbed a box of matches, walked down to the dam and built a small fire. I sat alongside you as you burned all your poems, one by one.

I returned with you, hand in hand, to your bungalow. I watched you close the door on the world, prop yourself up on the pillows of your childhood bed, press the barrel of the shotgun to the roof of your mouth and pull the trigger.

I never left you, Charles. 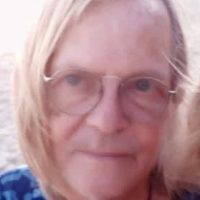 Michael Linden is a mid-century child and still going strong. He has been a writer of poetry, fiction, and non-fiction, from time immemorial. Welcome to his Universe. … Read full bio