After 30 Years, I went to Say Goodbye to my Father in the ICU. 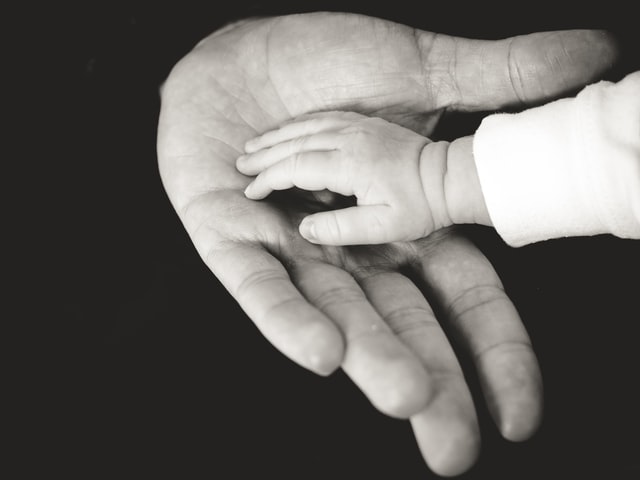 Today, I held the hand of a man who I’ve been estranged from for the better part of 30 years.

I looked directly into his eyes and told him I was tired of the hurt and the pain and all I wanted was peace.

This man—my father—who has been the single greatest source of ache and pain in my life and whose love I chased for the majority of my childhood, lay intubated in the ICU at Shands Hospital in Gainesville, Florida.

My sister pulled into my driveway at 6 a.m. with my mom beside her in the passenger seat. We were about to take a rather long journey into the unknown, literally. We drove five hours, not knowing if he would still be alive when we arrived. My sister got the call yesterday that he was in the ICU and was dying. She was still listed on his records as his health surrogate, though he hadn’t spoken to her in 14 years, by his choosing.

There are so many layers of pain and suffering that have come from our relationship with him. We were two daughters with completely different stories who both needed closure and needed to see him one last time. When she called me yesterday, I asked her how she felt, what she would do, what could I do for her? Then Alan, my husband, asked me why I wasn’t asking myself those same questions? So what if I was the first one wiped from his life. She and I suffered the same loss, the same empty hole in our hearts that comes from a father who doesn’t want a daughter.

My dad was funny, smart, charming even, and the guy who would be there for you in a crisis. He also made me feel small, insecure, and mostly unloved for as long as I can remember. He was often demanding and unforgiving, but he was still the only father I’ll ever have.

When we walked into the room this morning, my knees buckled. I had two reasons for going today. One was to do something healing with my sister. I knew that my being there with her today could perhaps wash away some of the torment that has been the consequence of a long, complicated relationship with a father who chose not to be in each of our lives or to be a grandfather to our children, without so much as an explanation.

The other motivation was that I felt seeing him old and weak might help to fade some of the negative memories I have of him that remain so black and white in my mind. He was the man who chose not to be in my life, not to meet the man I would marry, or walk his daughter down the aisle at her wedding. The same man who chose not to meet my children, even after my then five-year-old, Dylan, wrote him a letter asking to be his friend.

I have seen him twice since college for an hour each time and both meetings were by chance—if you believe in such a thing.

We walked into his room and there he was: an old man with white hair and tubes coming out of everywhere. He was on a ventilator and it was more than I could have prepared myself for. I went in with no expectations, but to think anyone is prepared for such a situation is pure delusion.

My situation is emotionally charged on so many levels that I knew I would have to be willing to open doors to darkness and perhaps walk through them. I have tried not to hate this man for so many years and yet, hate is what I felt and fought for most of my childhood. We walked in and he was asleep, nonresponsive—whatever you call it when a machine breathes for you and you are unaware that your two daughters and ex-wife have just entered your room and your life in hopes of finding some peace or, in our case, making it.

We each talked to him for a few minutes and then his eyes opened. They didn’t lock on anyone, just stared straight out trying to find the sound. Did he hear us? Did he understand? I told him I didn’t want anything from him. I just wanted to be with him. I wanted him to rest and I wanted all the hurt and pain to go away and just have us be.

That’s when I saw a tear roll out of his eye. They saw it too.

He was intubated and agitated and I was afraid our being there was possibly more invasive than the tubes up his nose or the one down his throat. Would he want our goodwill? Would he resent our being there? That was my major concern going in. I couldn’t honestly tell, but at some point he squeezed my sister’s hand, and later when I was telling him about Dylan and Eliza and how I just wanted to see him again, he was crying.

I took great comfort in knowing he could not hurt me as he had done so often in the past. That tube inserted to breathe for him was a safety net for me. It allowed me to feel safe enough to be there, to say what I wanted to say, and for once, have it be on my terms. I knew he couldn’t twist my words or throw them back in my face, and as I looked into his eyes, I think I saw his soul for the first time in my life. I am certain that some layer of his being accepted my offering in a way that he could not or would not have, had he not been so vulnerable.

Fifteen hours later, I sit here after a five-hour ride home and little moments start to whisper to my heart. Today was a day that required more than the gown and gloves they asked us to wear to protect us from him and his disease. I might have been better off wearing a suit of armor to protect my heart, which I served him on a silver platter.

Today was about this 53-year-old little girl being in the moment, about letting go, and about being more generous of spirit than I have ever been in all my life. As he struggles to survive multi-system organ failure and a massive heart attack, I realize we both have “broken hearts”—his physical and mine more of the emotional kind.

I went there today, for me, to have one last exchange, even though I wasn’t even sure I wanted to walk into the room or see his face. What transpired was a daughter reaching out in pure kindness to a father whose ghost she was tired of dragging around.

Today, I relinquished his hold on me, I spoke from the light in my heart, and I expected nothing in return. That is love.