Bomb shelters, Dictators, Us & Them: Reflections on a Sh*tshow. 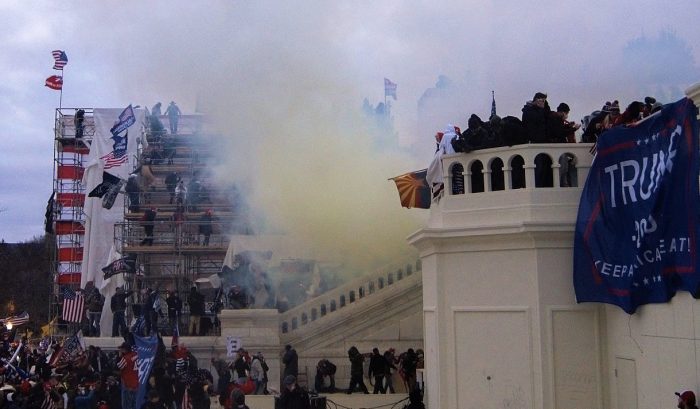 Bad relationship. Pharmaceuticals. Lots of therapy. The overwhelming feeling that my life and struggles were trite.

Two years in the woods—I’d tell you I saw all of it coming, and it wouldn’t change a thing—I am afraid that the GOP is going to let Trump off the hook.

Having spent a fair bit of time in Washington D.C., I can tell you definitively that some *sshole conservative Congressman is saying, “Let the news cycle take care of it—the public will soon forget about January 6th.”

The massively reduced attention span of the American people nearly guarantees that this will happens. That imperils the rest of us—that tiny, dwindling minority of people who have working brain cells and a shred of decency left.

I realize that this kind of statement puts me in the us versus them camp, which I am warned off of by my better angel(s), but…there is an us and a them.

The last time the guy in the White House starting churning out executive orders to counteract the work of his predecessor, a belligerent national security council member I spoke to said that the United States and China would fight a war within the next 10 years over the Spratly islands, and said, “There’s no doubt about it. The U.S. will be in another major war in the Middle East, with Iran in all probability.”

These things have not come to pass yet.

These are just a few of the predictions made four years ago by Steve Bannon, who was then chief strategist at the White House and the second highest ranking member of the National Security Council (NSC). Today, Bannon is a pardoned felon—a them.

Them smiling, smacking their thin lips, and whacking each other on the back. Ignoring climate change, income inequality, and that COVID-19 did not need to get this bad, while loosely tolerating riotous morons and conspiracy theorists—them.

Meanwhile, the ever erstwhile, politically correct Democrats have taken on correcting and or canceling thems world, are worried about who gets in or out, and heralding the coming of the great feminine—that’s fine.

Maybe the Goddess will emerge from the mushroom cloud and bust some heads.

In 2016, when I wrote a piece entitled, “Why I applied to be an Astronaut,” 3,200 people read it. On the other hand, when I wrote this piece, it took folks the first five lines to brand me a fascist propagandist.

I had the temerity to suggest at the time that Der Duffus, Herr Dumbkoff, das dear leader would skirt the law until he found a way to get others to break it.

And the orange guy did just that. I was right, and it is not nearly as satisfying as I imagined it to be. I’d be lying to you if I didn’t admit that the public’s limited attention span and penchant for bullsh*t cease to amaze me.

“Avoid the news” is the one sage piece of advice given to me by a Thai Buddhist monk some 30 years ago when I asked, “How do you live in this world?”

I was asking about how a monk lives, not how I should live—it doesn’t matter; the same advice applies for both.

Perpetual awe at the state of the world and men’s penchant for stupidity and violence isn’t new. It’s old and ornery. Rich people starting hiding their sh*t in the mattress, monks head for the hills, and people get weird.

Everyone feels something vague, something awful out there. Erm Ma God is just a click away—on a mouse or handgun.

There is a film about an Estonian farmer who once harbored two wounded combatants in his house in the mountains, a Chechen and a Georgian—Tangerines.

He teases the young men. They call him grandpa. He takes their weapons, and when they argue, he says, “Your mother is death,”—he is corrected by the Georgian who’d respond, “No grandpa, our father is death.”

You might give some credence to those misguided feminists who say that the problems of the world have got a lot to do with men’s egos—hard to avoid the truth of that one.

I am waiting for someone to ask simple questions.

>> What is it about violence that captivates people? Haven’t they seen enough footage on the History Channel?

>> What about January 6th doesn’t smell like absolute sh*t?

>> How is Trump not a f*cking wanna-be dictator and his followers not terrorists?

No answers—build a bomb shelter.

Back to reality—it is negative eight degrees outside right now.

A mug of hot coffee sits in my lap, and a hand-rolled cigarette waits; one of the dogs is rustling around, snuffling up corn snow—it’s f*cking cold.

I went down the local coop to get some milk, and the guy working the till said to me, without blinking an eye, “Funny thing having a political analyst around here. Is that what you do?” I replied, “Yuht.” Word gets around small towns quicker than a bad email campaign.

He paused, took a sip of his coffee, and asked, “You think we oughta starting building bomb shelters again with all that is going on?” He didn’t blink, and his eyes reddened.

I notice the newspaper tucked under the crossword puzzle book he seems to be working on endlessly. He kept his hand on it as if there was a six-gun under there.

“That might not be a bad idea. I’m thinking about buying a gun. I wouldn’t blame anyone for wanting to be armed these days,” was my reply.

And onward—toward reason, toward a winter sun, toward something else, toward the dog in the snow, the hand-rolled cigarette, the coffee cup, the woodshed—just someplace reasonable and rules-oriented.

If you are old enough to remember these lines by Sting, “In Europe and America, there’s a growing feeling of hysteria,”—that song is ringing in my head as of late.

Neither side realizes that the bulk beans that they bought at Walmart might come to good use and sooner than their expiration date. 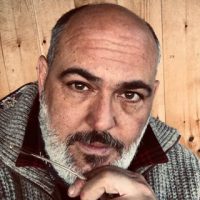 Louis Prowe is a novelist, and essayist. He has been practicing Zen Buddhism for nearly two decades. He lives in rural Vermont. … Read full bio