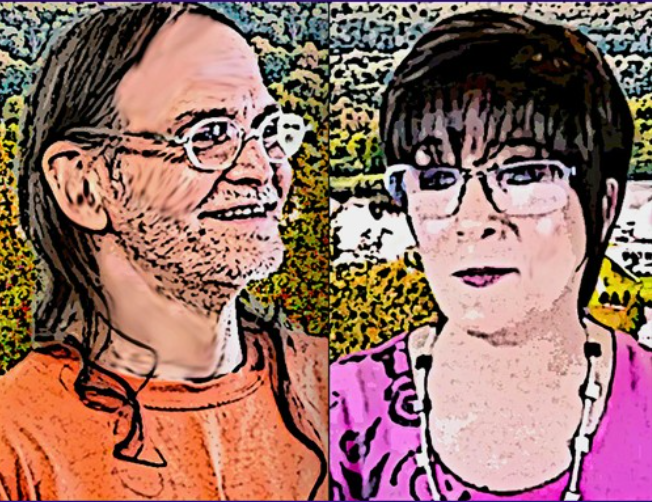 “Two Old Fogey Yogis”: the title of the podcast is catchy and hard to forget.

Let’s face it, we live in a busy world. This just may be the reason that podcasts have become so popular—not only are they convenient, it’s easy to multitask while we listen, and ideal during the pandemic!

But, that’s not what really drew me to the podcast series that I recently tuned into. First, I was intrigued by the name: “Two Old Fogey Yogis.” I’m a yogi and well, I’m pretty old—so the calendar tells me. Perhaps this podcast would be something I could really relate to? I mean, I have seen videos of young yogis twisting into positions I can only reminisce about, but what might yogis around my age (70+) be talking about? And, would anyone be interested?

The title of the podcast is catchy and hard to forget, yet I’m not a fan of ageism and wondered if it might be a bit off-putting to some? I am sensitive to how, traditionally, our American culture has celebrated youth, beauty, and current accomplishments, while its older members are often “put out to pasture.”

I looked up “fogies” in the dictionary and found terms such as stiffness, rigidity, and dullness, but Yoga practices—diligently applied—unfailingly foster physical flexibility, youthfulness in both appearance and attitude, enhanced energy, and mental clarity.

I’m mostly retired now (former federal bank examiner), and I feel content with my contributions in that world. Yet, as my involvement in that world has diminished, thanks to Yoga, my inner life has only expanded and become an increasing source of joy and renewal.

It seems that is the two yogis’ experience as well, so I would think “Two Maturing Know-ey Yogis” might have been a more fitting title for their podcast. Yes, I know, that’s kinda awkward, and not as catchy, plus I’m sure their humility would have precluded its use, recognizing that, after all, until fully enlightened, what do we really know? Still, that title would seem more apt, in my humble opinion.

Soon enough, however, I realized what any listener will quickly recognize: the title reflects some good-humored self-deprecation by two senior citizen yogis. Both have practiced Yoga virtually all their adult lives, and continue to do so.

As I tuned into the introductory episode of the series, I was thinking it might offer hints of how to adapt one’s Yoga posture practice for the “golden years,” which could be useful, though not my top interest. But I soon discovered that this podcast was not mainly about asanas/postures. The podcasters discussed—not in a judgy, but a more informational way—how the exclusive practice of asanas, leaving out all else associated with the classical Yoga traditions, could be called “postural Yoga.” Their focus is much broader than that.

You may have noticed that I capitalize “Yoga.” Why? Because for me, it’s a sign of respect for a classical tradition that is more of a philosophy, lifestyle, and spiritual path than just a “postural” practice. And that’s what I encountered right away listening to my fellow old fogey yogis: a deep dive into the rich and multifaceted tradition of classical Yoga. That really appealed to me.

That, plus the humorous and interesting way these two yogis really get into some deep exploration and self-revelatory discussions on a range of subjects—from their own personal Yoga journeys to their struggles and strategies to maintain steady Yoga practices, to demystifying enlightenment, and even to how Yoga can help our interpersonal relationships and communication.

Their reflections on the wisdom of the traditional, sacred Yoga texts such as the Bhagavad Gita and Yoga Sutras of Patanjali, and their own real-life experiences applying Yoga, helped me remember what can be the positive side of getting older: the wisdom gleaned over time.

Even in my younger days, Yoga was never just one thing for me. It’s not just a practice I try to do daily (fewer postures now, more Yoga Nidra, pranayama, meditation) but it’s also living a life in alignment with the principles and precepts of Yoga (yama and niyama).

It’s about truly living Yoga—the cliched but true “taking Yoga off the mat” and into every moment of my life. Isn’t that the point of any meaningful spiritual practice? For me, yes! And, the two yogis reminded me of what drew me to Yoga in the first place and what has kept me sticking to the practices and to a lifestyle that includes being vegetarian, valuing inner peace, treating myself and others with compassion, recognizing we are all one in spirit, and so on.

Also, in the process of listening to the wisdom of these two yogis, I picked up some helpful tips for my Hatha and meditation practice, inspiration for better understanding foundational Yoga literature, and appreciation for having fellow travelers on the path who so openly and transparently share the ups and downs of their own spiritual journeys. Plus, I’m grateful to them for helping this senior yogi reflect on his own life, spiritual journey, and the wisdom uncovered in the process.

Oh, and I should mention that the “Two Old Fogey Yogis” of this podcast are Swami Asokananda and Rev. Prem, two of the most senior members of Integral Yoga. One of the oldest Yoga organizations in America, Integral Yoga was founded in 1966 by Swami Satchidananda, affectionately referred to as the “Woodstock Guru,” because he was flown in by helicopter (due to the festival traffic jam) at the last minute to try and set a peaceful vibe at what was quickly becoming an unmanageable crowd swelling to “half a million strong” (as the Joni Mitchell song goes!). Swami Asokananda, president of the Integral Yoga Institute of New York, is a monk and master teacher in the Integral Yoga lineage. Rev. Prem has been the editor of Integral Yoga Magazine (founded by Swami Satchidananda in 1969) since 2003, having previously served as Swami Satchidananda’s personal and traveling assistant for 24 years.

Leaving the catchy, hard-to-forget title of the podcast aside, these two yogis amply personify the qualities of Yoga while neither abandon their own personalities in the process. Rev. Prem seems more of an “extroverted-introvert,” while the Swami seems more of a “dyed in the wool” introvert, but opposites attract and they find their yin-yang balance quite naturally.

I’m enjoying the entertaining way they provide a behind-the-scenes, sort of “insider access,” to both their Yoga world and the larger Yoga world. I’m struck by the really transparent way these highly influential, totally dedicated, but very different yogis share so candidly about their lives—discussing what inspires them, what they have personally struggled with, and offering spiritual suggestions and insights meant to be useful and instructive to their listeners.

As I reflect on my own life as an “okay boomer,” I recognize just how quickly time has flown. I and my 60s generation sisters and brothers may not be as physically spry as we once were, yet as the days somehow turned into decades, a major observable effect of the inexorable process of Yoga for me has been in an even more meaningful area: a gentle mellowing, a rounding, and smoothing of sharper edges. 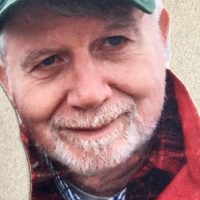 Larry J. Barker, aka Prem Anjali was born and raised in Virginia, where he continues to live easefully and peacefully in the Shenandoah Valley’s foothills of the Blue Ridge … Read full bio