The Pandemic has Undone Years for Women’s Rights—it’s Time to Rewrite the Rules. 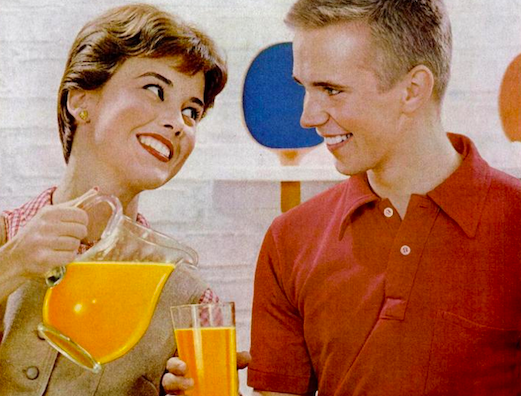 When the pandemic first hit in early 2020, my thriving party rental company came to a complete standstill.

I was hopeful that it was a temporary setback as I followed news headlines. I refunded my customers. I waited and waited. I refunded some more. Schools shut down for months and as a mom to a grade one, I was responsible to pick up the slack.

I was one of the lucky ones. Even with a closed business, I was able to at least focus on my son without the pressure of an employer breathing down my neck. Meanwhile, one woman reports losing her job because she couldn’t control her children during a work Zoom call. Oy vey.

Women have been disproportionately impacted by the pandemic, undoing years of progress in the workforce. School closures have forced women to work from home—some losing their jobs, others having to quit, and others like myself having to liquidate an otherwise successful business. We have been forced back into the 1950s era, with women resuming unpaid labor as primary caregivers at home.

And yet, as much as we have recently lost, how far did we really come? Women still only made 63-82 cents on the dollar to our male counterparts. And despite it being illegal, it is still common practice.

So what’s a woman to do in the post-pandemic world?

If we’re being honest and as far as we’ve come, we were still stuck underneath the glass ceiling in a man’s world.

I think it’s time we women rewrite the rules. Time to pick up a new playbook. I am not even talking about smashing the patriarchy (although, if you have any ideas, I’m down).

I believe it needs to start with our young women. When I was in high school, we had a cosmetology program in-house where you could graduate with a license to cut hair.

I had it all planned out. I was going to pursue my hairdressing license, take a fifth year in high school to get my academic credits, and be able to pay my way through university while doing hair, in order to avoid racking up student debt.

I shared this plan with my school guidance counselor. She said, “The program is getting shut down. It won’t be around by the time you graduate. I really, wouldn’t, Sarah…”

So, I unenrolled in the program later that day.

I was an unusual teen. I spent a lot of time planning out my future and spoke with a lot of guidance counselors over the years. Even though it wasn’t obvious to me at the time, I was an entrepreneur in the making. But there was never any discussion, encouragement, or exploration about going into business or becoming an entrepreneur.

Heck, I was even discouraged from going to college. It was seen as the lesser choice to its university counterpart.

These schools of thought and systems are in place early on. We are encouraged to follow the traditional path in order to build our career: graduate secondary school, go to university, get a job, work our way up. Or, if you are one of the connected and privileged: graduate university, leverage your connections, get a great job off the hop.

Cool, so that doesn’t work for most women.

And for many of us, we leave university with student loans hanging over our heads, now stuck in some entry-level position with little-to-no benefits, needing to put years of service in for any meaningful promotion…only to make 63-82 cents on the dollar when we finally have a position worth keeping.

Honestly, it’s total garbage. The system is stacked against us (and people of color, and other marginalized communities, too). And we should all really reconsider if we want to play any part in it.

University is a privilege. Don’t get me wrong—I loved every minute of it. All 45k worth. But, if you have to put it on credit, it’s a trap.

Instead, we need to be encouraged to lead with our intuition and create our own opportunities. I really dislike the expression: if it’s meant to be. My preference, something my business mentor once shared with me: if it’s meant to be, it’s up to me.

When I was in high school, I allowed that guidance counselor and many others like her, to derail me of what my intuition was telling me, which was that there was a better way to build my career.

By neglecting to do so, I ended up with a ton of student debt and stress that followed me for many years afterward.

I am anti-poverty. We can move toward encouraging young women to make their own way, and we can throw out the traditional playbook that doesn’t really serve us.

Remember back in the day, when teachers were savage and would pick two team captains to pick their teams? By process of elimination, one by one, they would choose the most athletic or popular kids and only one would be left standing?

That’s the world we live in. Women are playing in a man’s world. There are team captains and we are playing by their rules. So, we need to rewrite the rules. Flip the script. Create our own way. A more feminine way. Less competition, more collaboration. Women supporting women in business.

We keep hearing how work-life balance is so important. But also, it’s also kind of a fairy tale. In modern times, we are expected to do it all (be strong), know it all (living in the information age), have it all (be healthy, be fit, be mindful, have mental wellness).

When the pandemic hit, I lost my business. But something else grew in its place. I realized that I was able to pivot and focus on the marketing aspect of my business that I loved and had used to scale my previous business quickly and profitably. I dove right in.

Conventionally speaking, I might’ve been told you need to go back to university and get a marketing degree. But I disagree. And so do the results of my campaigns.

We need to move beyond the conventional wisdom that you can’t do anything, be anything, build anything without a specialized or fancy degree. We don’t need anyone else’s permission to try something new.

As Nike says, just do it.

Women, we can be the authors of our own financial future simply by taking action and creating our own opportunities. 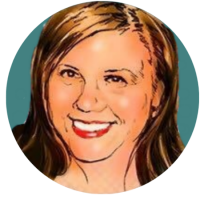