I was an Alien Baby left on my Parents’ Doorstep. 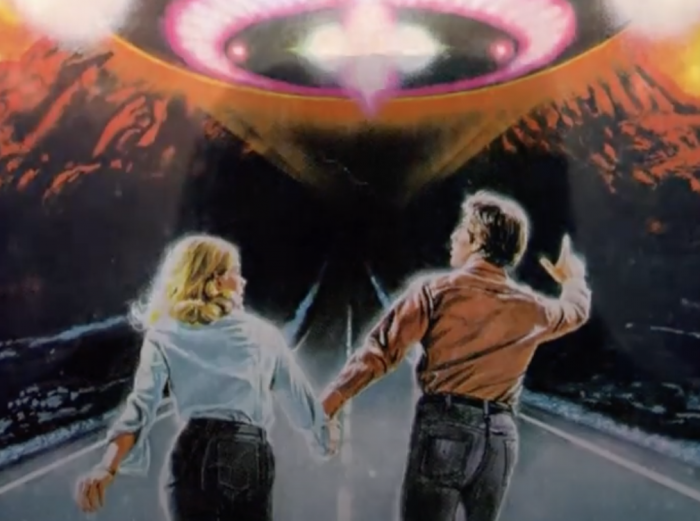 Somewhere in my childhood, I informed my parents that I was an alien baby left on their doorstep.

Sometimes, I think they believed me, so out of the box and otherworldly were some of my words, actions, and attitudes. My mother would laugh and say, “I know you’re mine because I hatched you.”

According to my birth certificate, I was born on October 13, 1958, in Pennsylvania Hospital in Philadelphia, Pennsylvania to Selma and Morris Weinstein.

I wanted to be part of the crew of the enterprise. In that franchise, I identified with Lieutenant Uhura—no surprise that communication became my jam.

When “The Next Generation” was launched in 1987, I immediately felt an alignment with Counselor Deanna Troi whose intuitive abilities made her a valuable asset to the crew.

The year I graduated high school (1977), the first “Star Wars” film was released. I actually heard the soundtrack before seeing the movie, seated in the backseat of my friend’s father’s car with her and her brother. He had a cassette player that issued forth the sounds of John Williams and the London Symphony Orchestra.

He told me I had to see it, and I agreed. I have to admit that this one and the two that immediately followed were my favorites. Princess Leia captured my heart, and I fancied myself a Jedi in training as I have learned to use the force.

In college, I was introduced to the Robert Heinlein classic, Stranger in A Strange Land, which introduced me to the saying “Thou Art God”—meaning that we are all aspects of the divine, seeing those closest to me as water brothers and the word grok which Heinlein translates as to drink as in to drink in and understand fully.

It is becoming one with whatever it is you are experiencing that deeply. The main character is Valentine Michael Smith, a.k.a. The Man From Mars, who is able to use his exceptional abilities to create a movement.

“Close Encounters of the Third Kind” introduced me to the possibility that those who come to this planet might be sending messages to those who are already here.

“E.T.” already encouraged us to turn on our heart lights and to point ourselves toward home while reminding those we love that we will be right here.

For two years, I pondered a world in which escapees from a slave ship crashed on Earth and attempted to integrate into the human experience. “Alien Nation” was the show I looked forward to watching and could relate to.

It’s hard to blend in when your head is hairless and freckled with giraffe-like spots. The name of the show itself implied alienation and reflected the racial divide in society. The “Tenctonese,” also known as “Newcomers,” had their own unique spiritual beliefs, sexual practices, abilities, fertility, and pregnancy rituals. They were treated as second-class citizens here on Earth and had a hierarchy among their own people, which included overseers and the enslaved.

Earlier today, I read an email written by Dave Romanelli, a yoga teacher and author. In it, he mused that we are not alone in the universe. He said his wife tried to discourage him from writing about it, wondering if people might think he wasn’t firing on all cylinders, I suppose—he dared anyway.

He says, “With all this talk of UFOs in the news, and the outside chance that we are getting closer to the revelation that we are not alone. There is hope for the one thing that could bring humanity together. To look up and see something you’d never seen before. That doesn’t happen often. Or at all. We need a moment like that for the whole world. Where everyone in every favela and every office suite and every swimming pool and every bridge and every beach and every farm looks up at the stars and realizes some civilization up there and has a message for humanity, something you’d hear from an authority figure.”

Romanelli continues to speak for the Aliens by saying, “Figure out how to get along, or we’ll figure it out for you.”

Right there with you, Dave.

I wonder what visitors from other planets might think about people of the same species hating and killing over ideology, skin color, culture, or the way we identify and love.

I wonder what they might think about the ways we destroy our precious planet.

I wonder if they would be welcomed or shot out of the sky since, often, humans operate out of fear rather than curiosity.

My hope is that when we do connect with visitors from other planets, we can play nicely together.