Let’s Normalize not Knowing what the F*ck we are Doing. 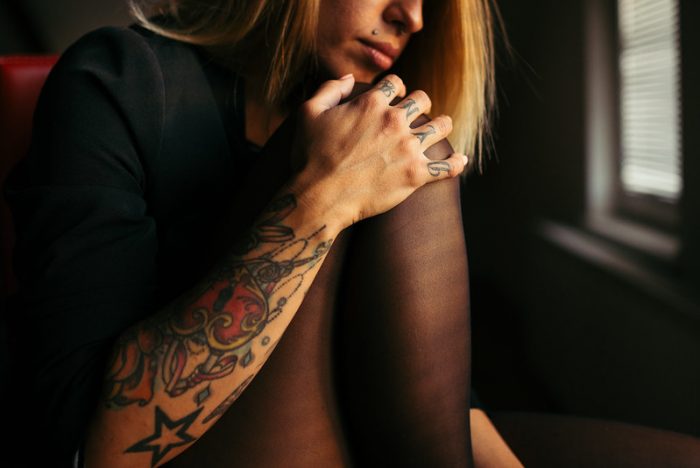 I remember vividly, the feeling in my stomach when this woman across the counter told me that I could not board the plane.

My mind began to explode.

“What do you mean? I need to have a flight scheduled to leave Cambodia. I don’t know how long I will be there for? How can I book a flight when I don’t know when I’m going to leave?”

She looked at me like I had three heads and zero brain, and I wanted to scream.

I had been planning this for months. I had sold everything I owned. I had set up a volunteer position with a retreat center in Cambodia, where I would be teaching and writing indefinitely, until I figured out my next move.

I paid 400 dollars for a one-way flight to Cambodia and had about 2000 dollars in my bank account. It wasn’t smart, but I didn’t care, and I was determined to do this. It was the first thing to feel like a full-body-yes in—probably—my entire life. I could not fathom it not working out.

Yet, there I was. Standing in the airport, with a ginormous backpack on my shoulders, wondering if I would ever leave that damned winter vortex I was so desperate to get away from. If I would even be able to see O’Hare beyond the fake smiles at the seemingly infinite row of front desks and kiosks.

It was a truly freezing Chicago evening. Every news channel was warning their Chicagoans to stay home, to keep warm, and only leave their houses if they had too. With the windchill, it felt close to -40 degrees. Here I was in the airport, wondering if I had to go back out into that bitter cold. It truly felt like one of those God-f*ckery metaphors, and I wanted to just burst into tears. I was mortified, but still somehow determined.

I stood at that counter for almost 90 minutes. I was worried at this point that I would miss my flight, but I refused to walk away. I refused to give in. This is one of the few, and yet many times, my hard head and loving exterior got me what I needed.

After calling the Cambodian Immigration center, and “authorizing” my indefinite time in their country, I was finally allowed through. That was one of the many “firsts” I learned on how to travel across the world with no resources, an open heart, and a hell of a lot of spunk.

The biggest takeaway that has stuck with me since that moment is this deep and powerful knowing that no matter what I do, no matter what any of us do, we always start out not knowing what the f*ck we are doing.

I spent so much time on the internet researching what to do and how to do it. I had friends that were well-traveled and gave me all their best tips. I read all the blogs and books and internet tips and tricks on how to travel and leave the country. I did it all.

Yet still, it was almost as if at the very first moment of my journey, the Universe was actively laughing in my face—letting me know that I would have never been able to fully prepare for this.

They were right to laugh, because I was not in the least bit prepared for what I encountered, but I’ve come to relish in the fact that this is how it always is.

We never know what we are getting ourselves into until we just—do it. Until we just open ourselves to whatever experience is in front of us and just—let it happen. Without needing to control it or force it or obsess over exactly how it’s going to unfold.

I could have freaked out at the last second when things weren’t going according to plan and gone back out into that winter vortex. But I didn’t, and I had the most revolutionary adventure of a lifetime.

It reminds me of moments I’ve had in the past, and even in the present, where I have been hesitant to do something or try something because I have never done it before. I’m hesitant to make myself look like a fool or do something wrong or whatever other nonsense story my mind is exploding in that very moment.

But now, I think about that moment at that front desk. The moment that began one of the most incredible journeys of my life—and I sigh. I sigh and smile and sometimes cry at how much courage it takes to step into the unknown and yet how absolutely powerful it is for us and everybody who comes in contact with us.

This doesn’t just relate to the big, scary things like going across the world with merely a backpack and the clothes on your body. It’s about the new projects we start, the new relationships we encounter, the old relationships we face, and every other thing that makes us feel smaller than we actually are.

Its about trusting our experience in whatever way it unfolds, laughing with the somewhat hilarious Great Mystery we are constantly discovering, and seeing how all of these moments are helping us to see what we need to see and be who we need to be and uncover what we are meant to uncover.

On that journey of a lifetime (that lasted almost two years, by the way) I met a man that changed my life forever. He called this great mystery the “Cosmic Giggle,” and whenever something didn’t go as planned, whenever the ATMs were down or broken, whenever the roads were completely f*cked and we almost got run off the road, whenever everything started to crumble right before our eyes—we would just look at each other, and laugh. We would laugh hysterically.

It sometimes was so painful, but we laughed anyway. And I promise, it helps.

It helps to look into the unknown and recognize the absolute hilarity within the terrifying reality. It helps to see how the Universe is actively trying to f*ck with us by undoing our whole plan. Because in truth, there is so much to see on the other side of “plans.” There is so much beyond what we consider the dark and scary places. There is so much laughter and so much love. There is so much of what we are desperately looking for but scared to find.

There is so much of—us.

Nobody knows what the f*ck they are doing. But let’s all just keep doing it, and laughing with it, anyway. 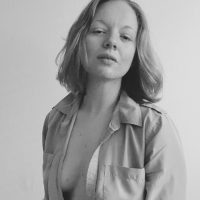 Jessica Jayne Tibbles is a writer, poet, and activist whose ultimate purpose is to embody radical humanhood. A true explorer at heart, she has been across the world and back a… Read full bio