How the Brokenhearted Little Girl inside me Let Go of the Anger. 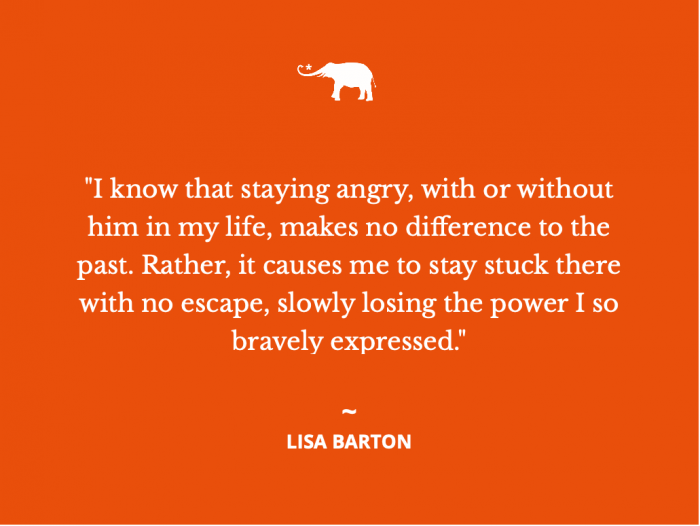 I was born into a broken home.

My parents were separating and I would never get to experience the togetherness that my older brother did.

Not long after I was born, both my parents remarried. My father married a magical, free spirited gypsy I called “Mom” who had eight kids. My mother married a man who I would consider my real dad.

The man she married was a loving, bearded, human grizzly bear. He was built like a linebacker, broad shoulders, sturdy legs, and a tender heart. He rode Harleys, thought scars were cool, and gave me a nickname.

To me, I looked more like him, with my dirty blonde hair, light skin, and bright green eyes. The rest of my immediate family members were darker from head to toe.

I knew the difference in my mind, but my heart was set on him being my dad.

As a child whose biological father was more of an ominous presence, he was my greatest comfort. The simple fact that he was there when I was sad, scared, happy, or hurt—that was enough for me. After all, I loved him. I loved him very much.

I remember he would always lay on the ground to watch television—while drinking a beer and eating spaghetti out of a brown glass pot. It was the only dish he knew how to make. It was his place, even when my mother purchased a reclining brown leather sofa to bring them closer some years later.

I would often find myself laying on his rounded beer belly, radiating warmth, snuggled up to his hairy chest and reddish brown beard. He was always willing to hold me with his brawny freckled arms.

Being an active child, he stayed by my side, allowing me to climb up his 5’11” indestructible frame—he was my human jungle gym. His shoulders became my personal springboard to front flip off in to the water of any pool, pond, or lake. When we weren’t playing, he was working on computers—creating algorithms, taking the hard drive apart, and putting it back together. His intelligence always needed a problem to solve.

I remember him being calm or angry, nothing too much in between. When he was calm I could make him laugh and smile, but when his anger was present I would shut myself in my room to avoid his wake.

Despite this, I never stopped loving him.

When his father suddenly passed away one summer, his emotions turned to stone. The sadness and grief were suppressed. The anniversary of his father’s death brought with it a blinding pain.

Anniversaries sure have a way of bringing up unhealed wounds, don’t they?

One evening I overheard a heated battle of words and ran down stairs. Stood on the landing, I stopped. I couldn’t make sense of what I had just heard. My fists balled up, my feet rooted in to the soft creamy-white carpet, my belly filled with a fiery breath, and I screamed.

I am not sure of the events that followed immediately after that. Although I do remember my mother sternly telling me to pack a bag. We drove west to where my dad and the band of gypsies lived.

That was the night our relationship changed. My mother eventually got divorced, and I can’t say I wasn’t happy about that.

I think I was still angry—that little girl who stood screaming at that wild, bearded heart.

A few years ago, after a private Yoga Nidra session, I realized that I was still holding on to that anger.

It has taken years of intermittent therapy, practicing yoga, and lots of journaling to understand that anger was hindering me. My anger had caused me to become blind. Masking all the tender memories, the ones that I am now able to share, with such disdain.

I now know that underneath that angry little girl, was a broken heart. I was so hurt that someone I loved and trusted—someone who I saw as a father—could in my eyes, turn on his family.

I know that staying angry, with or without him in my life, makes no difference to the past. Rather, it causes me to stay stuck there with no escape, slowly losing the power I so bravely expressed.

Admitting that I have given so much power away by holding on to anger is not easy. I gain power through expression. Writing and sharing my story is letting go of that anger. This doesn’t change how I felt then, it only changes how I look back at that moment, so very long ago.

I have since found a tenderness towards him and the scar left on my heart.

It’s an emotional scar that has calloused over and faded. One I will never forget, but now touch with compassion—I dig this scar. 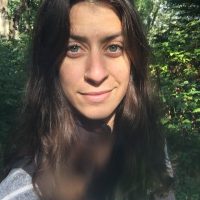 Lisa Barton is just a girl who likes to travel, do yoga, dance, cook and learn new things. Of course not all at once! Although, she will do a little jig after learning someth… Read full bio