5 Questions that Helped me Brave my Resistance & Find Joy in the Unknown. 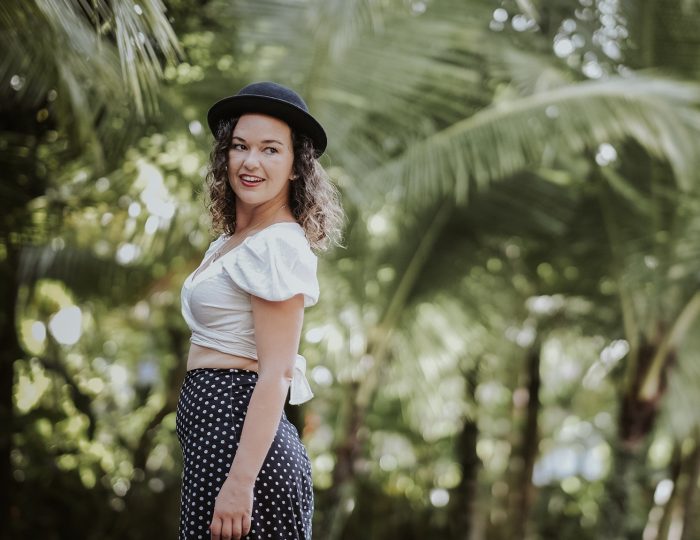 I am standing behind a metal fence overlooking the Statue of Liberty in Battery Park, New York.

Hurricane Sandy hit the city only five days earlier—the day I was meant to fly in.

Instead, I remained in a Viennese hostel in Austria, nursing a head cold, wondering if I would be able to make the last leg of my three-continent travel plans.

I had just landed and somehow found my way from my Williamsburg apartment to this point, filled with a combination of excitement and apprehension over what this city would hold for my shortened adventure, nervousness due to the after-effects of the hurricane, and of course, the lingering physical effects of my cold, mingled with jetlag and the upheaval of navigating a new environment.

Being a traveler who drops her bags and goes out exploring immediately, I was determined to navigate this city in exactly the same way. I found myself turning my back to the Statue of Liberty to face the immensity in front of me. It was midafternoon on a bleak Sunday, and the financial district held a sense of quiet eeriness.

As a woman in her late 20s, I had spent my time working full-time and being a proud outer suburban homeowner and wife. Recently divorced, I was fascinated by the major cities of the world, and I felt that I had just landed in their apex.

I felt slightly overwhelmed, and a sense of mild panic overcame me.

How would I ever launch myself into exploring the ultimate concrete jungle of high rises in front of me, unlike anything that I had ever seen? I stood, gasping, for far longer than necessary, absorbing the vastness in front of me.

What would it take to walk into this, to be absorbed by it, and was I prepared for it?

The seemingly more comfortable challenge of my home city, Melbourne, Australia, felt like it was in more manageable proportions. I began to question how I ever thought that New York City was the expansive opportunity I needed in my life.

At some point, my wide eyes returned to their normal size, and my focus shifted.

Inside, I began to contend with how I could best navigate this city. I sifted through the feelings of overwhelm and picked up nuggets of resilience, willpower, discipline, and capability. I scratched at the places where I had reassured and asserted myself in the past.

I remembered the excitement and big eyes that I entertained at the travel agent’s office as we planned my flight to JFK Airport. It wasn’t long ago that this was exactly where I wanted to be. After a big breath, I took my first steps into the buildings before me.

Years later, I am living a world apart from both New York and my home in Australia—I am in Ubud, Indonesia.

During the 18 months since I arrived here, I have been confronted with every fear that my naïve self could have imagined. I live on the tender edge of my old world and the unknown foreign world—a world that is so deeply appealling and yet brings a whirlwind of resistance.

1. “Will you have your back when this gets hard?”

2. “Will you continue to love and nurture yourself, in spite of it all?”

3. “Will you listen to, trust, and follow your intuition first and foremost?”

4. “Will you draw your heart open when the world has given you yet another reason to close it?”

5. “Will you choose the meaning of this experience beyond the world’s demands and expectations?”

I sit with my legs dangling over the cane chair on my outdoor deck, overlooking yet another magical jungle sunset.

Frogs and lizards scamper around me, and I am astounded that not long ago, I was afraid of frogs. The reality of the current world is seeping into the previously protected Ubud bubble, and I am now spending more time at home.

Freedom seekers are uprooting themselves to find places with seemingly fewer restrictions in the current climate. As I grow into the deep stillness, I am met with the resistance that held me back at Battery Park back in 2012.

Two jungles apart, I remember standing at the top of Rockefeller Center as the sun set over election day, only two days after I arrived. I remember the fast-paced adventure of a lifetime that existed there and set the expansive tone for an entire chapter of my city life.

I sit at the precipice between my inner and outer, my old and new worlds. In the space of contraction, expansion is only as far away as one breath and one step in motion. 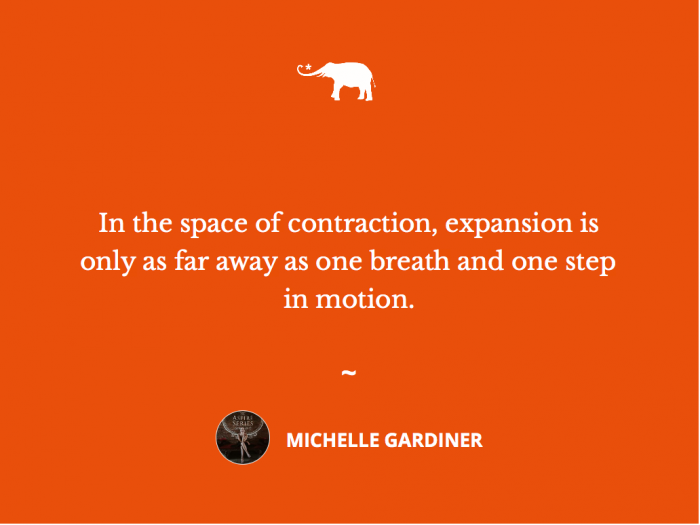 And I am reminded that this is only one moment in time before becoming fearless to the unknown. 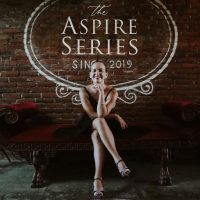