How Death can lead us to our Soul’s Calling.

“He’s dead” was all that kept playing over and over in my mind.

I was holding my phone with my mother on the other end; I didn’t know whether to be angry or sad. I hadn’t spoken to her in a week. The last time I saw her, I was storming out of her house, grabbing what belongings I could smash into my car. I had been living with her for the past month after needing a break from living with my boyfriend’s parents. But a fight I should’ve seen coming sent me packing and right back to my boyfriend’s. I was leaving my younger brother, sister, and our family dog, who watched in silence as I screamed my way out of my mother’s home.

Exactly a week later, she called me, sobbing, because our family dog was dead.

Hans, my first dog, who I fought and begged and pleaded for when I was 11, passed suddenly without warning. I immediately felt guilt—how could I have abandoned my dog? If only I stayed a week longer.

I vividly played the last memory I had with Hans over and over in my head. Just days before he passed, we were in the garage together. He was looking at me with such sad eyes. I scratched the bottom of his chin and told him how much I loved him. 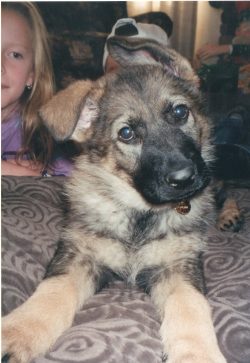 I looked into his eyes and I just knew.

I knew I would lose him soon. At that moment, I knew that, soon, I wouldn’t be able to look into his eyes and tell him how much I loved him. It felt like a goodbye, but I dismissed it as me being silly.

This moment was haunting me. How did I know? Or did I?

At some level, I sensed something. Did he know? Was something telling me it was about to happen? Why did I just happen to move in with my mom in the last month of his life? And then leave just days before he passed? Was there a deeper meaning to this?

As a child brought up in Christianity, I was told that the afterlife only had two options. I would lie awake at night, crying, because I didn’t know where my cat would go when he died. Did animals get to go to heaven? Or did they disappear forever while we got to play in heaven?

And here I was, crying again, fearing the same childhood questions. The emotions were so overwhelming. I was reliving regretful moments, wishing I could tell him sorry and wondering if he was still there in spirit.

I was so desperate that I did something I never thought I would do: I started looking for a psychic.

And oh boy, was I in luck! That weekend just happened to be the annual metaphysical fair in Denver—a fair full of all kinds of psychics lined up booth after booth.

With my ticket still clutched in my hand, I went through the booths trying to find someone that was a pet psychic. I was drawn to a woman in the back with a kind face—her energy seemed to be calm, something I desperately needed. I put my name on her list and nervously waited for my turn. When she looked up from her list and read my name out loud, I joined her at her table. The following 20 minutes were the most life-changing moments of my life.

This woman connected to my dog, confirming memories we had together that no one ever knew (and not just generic things).

Not only did she accurately connect with Hans, but she also validated that my other pets were still here by connecting to them in spirit.

As the reading went on, I just knew they were all still living (in some sense of the word) and there was more to the afterlife than my limited view could handle. And the fact that people could connect with these deceased animals was something I couldn’t ignore.

Walking out of the fair, I was not expecting to be feeling closure, peace, or even…motivation. There was a voice inside of me saying, “Pursue this!” I had such a strong urge to learn more. How do these psychics do what they do? Is this something everyone can learn?

That inner voice was my intuition guiding me to the next chapter of my life. I had been unknowingly following it for a while. Days before my dog passed, I knew something was about to happen. And he did too. We were communicating at that moment. But it was second nature to me—didn’t everyone do that with their pets?

Then, my intuition led me to look for a fair, to a psychic that was amazingly gifted, to learning that we are not alone when we pass.

My intuition was pushing me to learn, to understand, and to explore this unknown world. I began taking classes, connecting with psychics, and I even started a documentary on what I had learned.

Fast forward many years, and not only was I a certified psychic and animal communicator, but I was coaching at a program to teach others to use their psychic abilities, as well.

Because I kept listening to my inner voice, I followed down a path that led me to my soul’s calling.

I now know that I’m here to connect people to their intuition and psychic abilities. After years of giving readings and coaching students, one of the most fulfilling things I experience, still to this day, is helping others connect to their pets and deceased loved ones.

And I owe it all to Hans, for starting me on my journey of self-discovery and for reassuring that little scared girl inside me that, yes, all dogs do go to heaven. 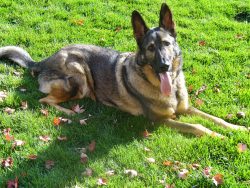 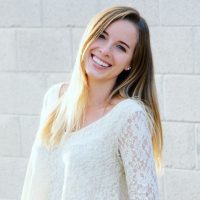 Lauryn Guerrieri is a Psychic, Medium, and Animal Communicator. As a psychic development coach, she believes everyone is intuitive and can strengthen their innate abilities. … Read full bio