When we’re Collateral Damage in a Narcissist’s Self-Annihilation. 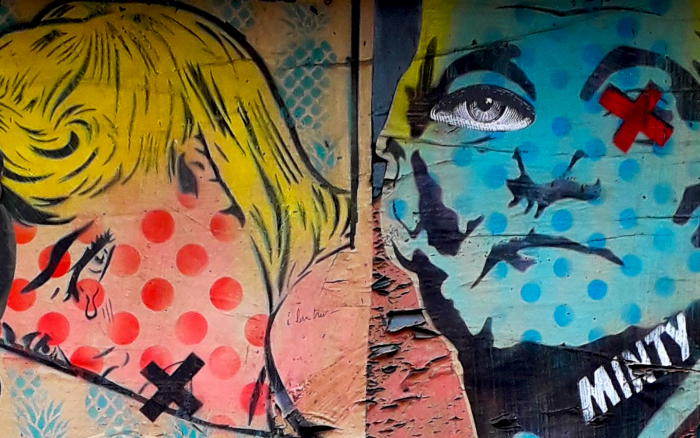 If a formerly loving spouse unilaterally discards a marriage (or relationship)—turns into a monstrously cruel person overnight—we are not only shattered but enormously confused.

To say that we become desperate to comprehend their actions is an understatement. We become obsessed with understanding. We think: if I could grasp, even partially, the meaning behind his/her behaviors, I could put my world right again.

We think that making sense of the nonsensical will save us from the abyss of despair wrought by the careless destruction of the relationship.

Trying to fathom that kind of devastating discard is like holding onto a lifeboat in the middle of a tsunami. No amount of understanding will save us from being wrecked. The experience is utterly and completely life-changing.

Yet over time, the lifeboat of understanding can provide some context—it helps us understand more about the world, about damaged people, and about ourselves. Even many years later, this context will still be a part of the slow recovery from narcissistic abuse.

Through numerous years of integrating the experience and learning from experts on this topic, I’ve come to understand that narcissists are deeply fragmented people. Usually, due to a combination of severe abuse, neglect, and insecure attachment in childhood, they suffer from a self-disconnect so profound that they are forced to invent an entirely new self. They split off from the wounded parts of themselves and form a “better” self in a fantasy world where those damaged inner parts don’t exist.

All of Life is a Stage to the Narcissist

One expert describes the life of the narcissist as a stage where everyone is playing a part. As the main character, the narcissist plays his/her ideal self in the starring role, and everyone else, unbeknownst to them, is enrolled in upholding the fantasy life the central character has created for himself.

The narcissist’s highly adaptive strategy works for a while. But things inevitably unravel. Sooner or later, the other players on stage begin to notice the buried parts of the narcissist; they begin to ask questions; they request to really know the inner life of the main character.

And because no one, no matter how controlled or fragmented, can fully exile themselves all of the time, the main character begins to let more and more of themselves emerge. The fantasy roles start to dissolve, and the façades start to slip. Real human connections start to form.

This emergence becomes intolerable for the narcissist.

To preserve the divide within themselves, they put an end to the play. The narcissist main character walks off the stage to leave all the other players in dismay. The disappearing act serves to destroy the entire set. Gone are the commitments, the relationships, the worldview, and everything else associated with this life. The discard is full and complete.

The Death of the Main Character

I used to think that the narcissist walked away without a care, dropping their costume and stepping into another life. But thanks to a recent dream, I now view it slightly differently.

In this dream, the main character, the narcissist, violently beats another person in a hotel room. The beaten person turns out to be none other than the narcissist, who is now unconscious and crippled, living in a perpetual vegetative state.

The dream is showing me that the narcissist annihilates their own stage character—their own false self—because that part of them had begun to merge too fully with their temporary stage role. The narcissist feels betrayed by the fantasy self because it started to trust—to care, feel, and love. And that is dangerous. Those kinds of feelings live much too close to the buried inner world. So, they must destroy their own invented character.

The Shattering of Others

As a result of the violence against the self, the narcissist leaves behind a wake of destruction to others. And then he/she goes on to create a new stage, a new set, a new cast of characters. Over and over again. Soon to follow are more endings and more shattered people being left on stage as collateral damage to the never-ending annihilations of the main character self.

The narcissist continues to be oblivious to the shattered people on stage. Because other people never feature prominently in their lives. They neither adore them nor do they hate them. They are ancillary actors to the true drama, which is the inner battle between their ever-changing false selves and the deeply buried and imprisoned true self. It is a war between multiple parts, complete with an ongoing, complex cycle of self-betrayal, self-deception, and self-abandonment.

I realize now that, at the final scene of each new play, the narcissist leaves a crushed part of themselves behind, thus increasing the fragmentation. They continue, ad infinitum, leaving bits and pieces of their violated selves wherever they go, moving forward as less and less of a whole person.

Seeing them as the perpetrator of violence, primarily toward themselves, allows us to move more into the observer role. It isn’t about us. It never was about us.

The transformational takeaway: this clearly isn’t personal. That person had an epic battle within, and we got caught in the middle. 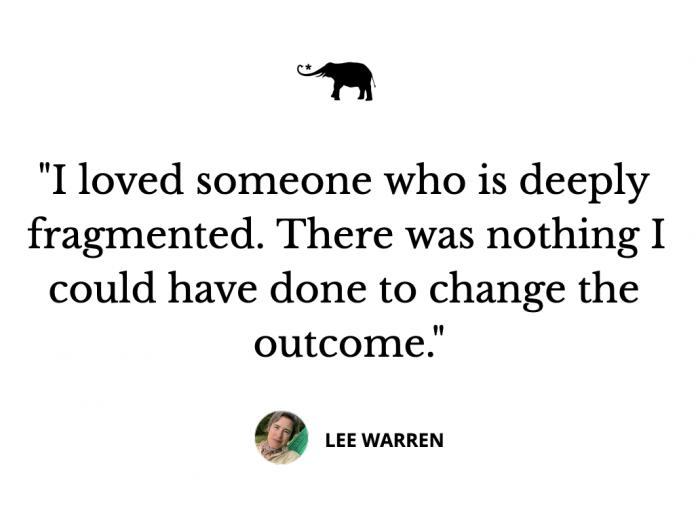 As with many people who have suffered this kind of narcissistic abuse experience, we have to learn to turn inward and tend to ourselves. The best we can do is to heal our own desperate parts that missed the warning signs and overlooked the bizarre behaviors, build our own discernment and inner awareness that will prevent us from being drawn to such a fragmented person in the future, and deepen our self-attachment that will leave us looking inward (instead of outward) for connection, validation, and belonging.

To be able to say:

“Thankfully, in spite of and because of this lived experience, I’ve been able to grow stronger in myself, wiser about the world, and more careful about who I trust. I am now able to see the damage in me that was drawn to the damage in him. The difference is that I am not running away from myself. I am able to be present with all my parts, which means I can integrate, heal, and emerge from this experience more whole.”

A Word of Caution

As a word of warning to other people who might be in the early stage of narcissistic abuse, please be mindful of turning this story into a way of feeling sorry for the narcissist. That can be tempting. And highly unadvisable.

While a part of us feels sad for the hungry ghosts who wander from stage to stage, killing their own main characters, these people are unsafe.

As the narcissist turns more and more attention toward maintaining the inner split, combined with the ever-increasing threat that close people pose to exposing their vulnerabilities, they can become deceptively destructive. In fact, the destruction can sometimes manifest as pure evil.

If you’re in this kind of situation, get away from the narcissist if you can, and seek the help and support of a trained professional, specifically one who specializes in narcissistic abuse. 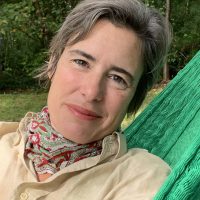 Lee Warren is reclaiming wisdom through conscious relating with self, land, and others. She has 25 years of experience envisioning, designing, and living innovative solutions … Read full bio