The mess we are in(part 1: the Hidden and the Exposed) 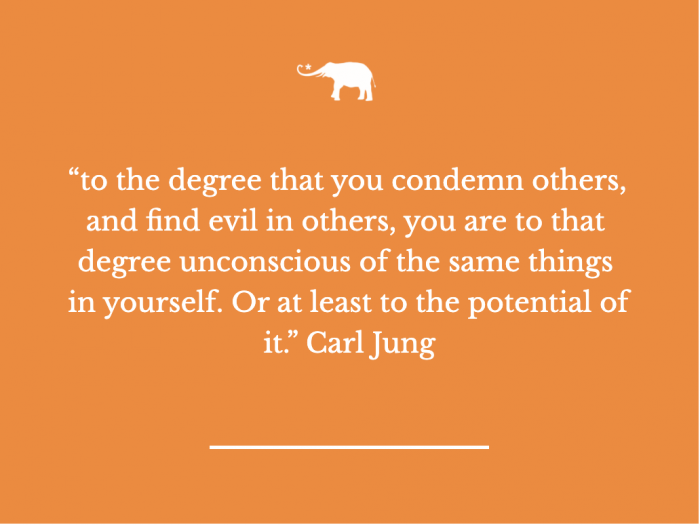 “to the degree that you condemn others, and find evil in others, you are to that degree unconscious of the same things in yourself. Or at least to the potential of it.

But to the degree that a person becomes conscious that the evil is as much in himself as in the other, to the same degree he is not likely to project it onto a scapegoat” Carl Jung

A sneaky feeling has crawled up on me over the past couple of years. An image that began to take shape, that linked different ideas I hear from people, together. So I decided to write about it and, well, it became a rather long article. So bare with me. This is part 1 of 3.

This is what I want to bring your attention to:

– How the idea people seem to have of what a narcissist is and the “creation” of its apparent opposite, the empath. What people seem to believe is that there is a massive increase in narcissists out there and I rather feel that it’s our own shadow that is playing Hector Projector onto every person people seem to dislike.

– I also want to bring up the fact that people reduce concepts in psychology down to very simplified traits of personality. It is the question of personality types (often simply referred to as Introverts and Extraverts) and the way we behave in relation to other people (ie “attachment styles”). These concepts; taken out of context and adopted by people who have no background education in psychology, creates completely false ideas of who we are.

For, trying so hard to figure ourselves out, we end up with fixed ideas and often go deeper into the false premises.

Make no mistake: I am not questioning any of the theories at base here (of course, I have studied them and been fascinated by the explanations) and I am not trying to trivialise anyone’s experience.

However, like Swamiji Abhishek said: “when ignorance is celebrated as knowledge, then we don’t seek the truth”. To understand why we do things can give us a clearer view on the results we see around us. Because, if knowledge is one thing, it is to understand. The more we understand, the less we try to separate and blame. That is what truth brings.

In itself, democratising education is a wonderful side-effect of the internet. But we tend to forget that there are some typically human traits that will play an important role in this work. Our need to simplify, our need to see patterns, our constant drive to “improve” are just a few of them.

It means that we will take in information, reduce it straight away down to some bullet point concepts in order to register and then seek out what common denominator or what pattern we can find in them in order to reuse the information.

“whereas the personal unconscious consists for the most part of complexes, the content of the collective unconscious is made up essentially of archetypes” Carl Jung

There’s the image that is projected externally and then there are the representations of everything, as the baseline for it all somewhere in the darkness (behind the conscious mind).

In the shadow. (it’s the term Jung used to illustrate what is part of us but that we do not acknowledge consciously. It is not part of the image we show others, the persona. So it has been pushed into the shadow. But it is still with us)

The further away the image gets from an authentic ground, the more blind we are to the intentions behind our actions. When we are oblivious to what drives us in our actions, we become relentless lawyers in justifying the means for the goal.

So the brighter the persona shines, the darker the shadow becomes. (the Persona would be the other side of the coin to the shadow, it’s the side we DO control and that we present to the world, our social identity in a way)

For me, I feel that this idea of everyone being a narcissist or an empath, is really the collective unconscious playing out. It’s the archetype of the tyrant, the evil king or queen as opposed to the fairy, or more so, the damsel in distress. It’s sleeping beauty on the other side of the evil queen.

I believe that the reason we all agree on these labels so quickly is a combination of things. It’s the mind’s search for pattern of recognition that finds the archetypes of the collective unconscious. It’s the need to find a scapegoat in a world where nothing seems to be pure and good anymore. And more so, to separate ourselves from that darkness by the “goddess”. The very empathetic, highly intuitive, sensitive, wise….

It kind of feels like “male” and “female” identities.

The anima and animus within us all…

More so, it feels like a projection of all that is bad within humanity, the collective shadow, into the word “narcissist” and then the shiny and holy persona that is accepted by all in the “empath”. To take it further: if there is one type we will always raise to the skies, it is the victim. Now what is the empath, if not a victim.

Our need to label this way, is really a dark and ugly truth about who we really are. But would never acknowledge. Because the truth is, we are all, to a certain extent, narcissistic. If you look into when psychology first started to use the word, Freud expressed two types: primary and secondary narcissism. Primary narcissism belongs to all of us and we wouldn’t develop a sense of “I” if it wasn’t there. Basically it helps the baby in the process of separation with the mother. It creates a feeling of oneness with everything to counter the helplessness of being completely dependent yet separate from the caregiver. The secondary would be the one that can develop into a pathological functioning if the child’s needs aren’t met properly during this “individuation” (not Jung’s concept) or “becoming a separate self” period.

We are trying to define ourselves, we are trying to be good enough. Since generations now, we are taught that the only thing that can validate us is to be on the top. In order to be on the top, we naturally need to have others underneath. We need to be able to compare ourselves to others because that is how we distinguish between “I” and “them”. Therefore it’s the only way to know what defines who “I” am, it is by differentiation. 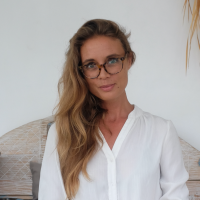 Charlotte Skogsberg has been writer for as long as she can remember and has always been fascinated by this thing we call human. Her background lays in the western approach wi… Read full bio