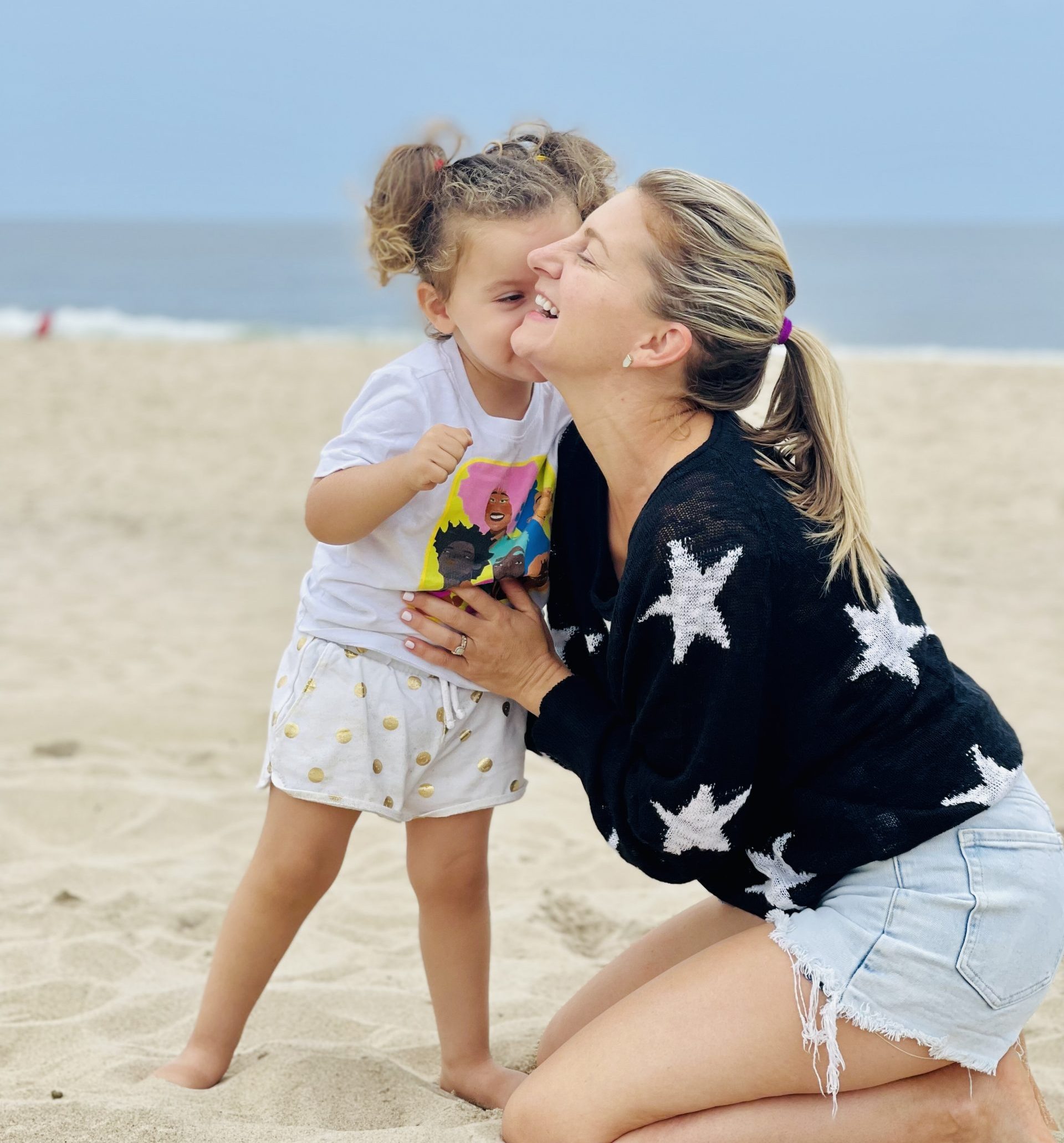 It’s a small, niche community—or maybe I just need to find more women who have children who are also musicians touring the world.

But mothers leaving home to tour—we are a rare breed. As I write this from a café in Nottingham, England, I’ve now been on tour and away from my toddler daughter for over two weeks. And I have over two more to go.

My daughter was born four days after my 40th birthday, and two months after she was born, I got a call to join Michael Bolton on tour as his duet singer. As a musician, these are the kind of gigs you jump on as they are rare these days (great hotels and travel, solid pay, huge stages, and big audiences).

As a new mother, this seemed terrifying. It’s not your typical back-to-work situation and in the creative arts, you never know when the opportunity is going to come again. I was determined to find a way to make it work.

With the support of my husband, who is also a musician and who happened to have an open schedule for the first two weeks of the tour, we decided to go as a family. I would perform the show at night and head straight back to the hotel afterward for nighttime feedings (I was still breastfeeding at the time and our daughter was still looking to chow down every few hours overnight). With a day or two between each show, it was working out. I was physically exhausted, hormonally whacked out, and still getting my stage legs back after a difficult pregnancy and emergency C-section, but we were all together. It wasn’t until the following month when I had to go back out alone that a dreadful sense of doom crept over me.

Of course, every mother who has to go back to work and be away from her baby is suffering on some level. How could we not? The difference in my situation is that I wouldn’t be coming home in the evening. I would go from one hundred percent of the time with my child to zero for several days, and sometimes several weeks. The unfamiliar anxiety that bubbled up in me was unmanageable at times, the fight-or-flight response so strong that I would convince myself it’s time to quit music and travel immediately.

Fear is just as motivating as maternal instincts, I realized…but at what cost?

The week the world shut down in early March of 2020, I was in rehearsals at the Beacon Theatre in New York City for the Love Rocks NYC Charity Concert. My husband and daughter were up in the Bronx at my mother-in-law’s, and we were carefully watching the news unfold with concern and confusion. When rehearsals began on Monday of that week, we all had a strange feeling that things were about to get, well, a great deal stranger. By Thursday, the day of the show, the Governor of New York City mandated that all public gatherings halt immediately. We played the show to a mostly empty house with a livestream running. My nerves were utterly frayed, having just returned from a west coast tour and now being in New York as the details of this unknown virus kept barreling out of the news feeds. The next morning, we drove back up to our home in Massachusetts, stopping briefly at a supermarket to grab whatever we could before finally landing in our safe little bubble. The following day, everything stopped.

All of our work was gone, like everyone else who was part of the “gig” economy. We applied for a couple of loans, scrambled to get our home studio together, and regrouped the best we could. The pandemic brought so much loss to so many and that was not lost on us. Despite the loss of work, we felt so lucky to have our health, a stocked refrigerator, and each other. I quickly began to realize that I would not be leaving home or my daughter again any time soon and I was consumed by a euphoric sense of relief.

Being a business that relies almost solely on large gatherings of people, my industry took one of the biggest hits. Yet on a personal level, I felt this tremendous pressure being lifted. The decision to leave home and be away from my daughter was temporarily no longer mine and I was able to do something for the first time since becoming a mother—focus completely on my family and being a parent. The time and perspective away from the industry allowed me to feel less pulled in these two directions of home life and road life. For nearly a year and a half, I could just be. It’s funny how, in even the darkest of times, there can be silver linings, even gifts, if we choose to see them.

When I left for the airport to begin this tour I’m on now, I noticed how much more calm I felt inside. I was sad to leave my little family, but I wasn’t panicking. I was nervous to take on a five-week tour, but I was not drowning in fear. I had months to prepare—setting up babysitters, organizing the house, getting my daughter started in her first few weeks of preschool. The pandemic allowed me to find more balance, and keeping that balance moving forward is the goal.

As the plane ascended, bound for the United Kingdom, I thought of a line I had written about my daughter in my song, “Destination Home”:

Being a mother is the only thing that’s ever tried to steal my heart away from the road and the stage. It would be so easy to walk away from it all and just focus on home, on her. But then again, the greatest rewards and triumphs in life never come easy, and showing my daughter that you can do what you truly love and also have a family is powerful. 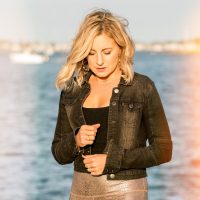 Singer, songwriter and a multi-instrumentalist, Chrissi Poland weaves together the sounds of soul, blues, jazz, and pop to create a uniqueness that has elevated her as an arti… Read full bio