He was the Panacea to my Problems—until I hit Rock Bottom.

I pulled the plug almost two years ago to this day.

I had reached rock bottom. In order to simply survive, I had to cut loose—a decision I didn’t make entirely consciously; my body and mind had shut down and were unable to process even a minute more of being in that relationship.

Just like that, I had snapped—the relationship was over. With a certainty I hadn’t felt before, I deleted all traces of him, and unbeknownst to me, my life was about to take a beautiful turn, up to the opposite end of the valley I had descended into, far higher than I had ever been before, up into the mountains of unconditional love and spiritual growth.

I had spent almost 15 years, between my 16th and my 31st birthdays, entangled in what would turn out to be one of the most painful yet significant relationships of my life. It would take me to the depths of despair and self-hatred, to the gates of hellish jealously, greed, insecurity, and control, to the brink of almost jumping off the metaphorical cliff of life.

I have lived the saying that you need to break down (sometimes into small chards of unrecognisable pieces of yourself) to break open. When you then carefully put yourself back together, there remain these beautiful cracks that are essential to allow the light and love in, and in turn for them to flow out. You get put back together, perhaps a little uneven, a little misaligned, but exquisitely and potently more beautiful than you’ve ever been.

For the majority of my youth, I clung onto this man, unwaveringly convinced that I could not, and would not, be able to survive without him in my life (an idea that is entirely absurd to me right now). I believed deeply that he was and would be the only man on this planet who would love me. He was the panacea to all my problems. If I walked away, there was no doubt that I would spend the rest of my life alone, with just myself (gasp). The idea terrified me.

I didn’t particularly like myself. There was no way in hell that I wanted to spend any time with just me, let alone my entire life. Better he deal with me instead I reasoned. I mean, he seemed to love me—something that I did not entirely understand either. What did this man like in me, when I so detested myself? What did he see in me that kept him coming back?

Perhaps not much, given our consistently inconsistent relationship. I disliked myself so much that I decided the only reason this man intermittently cared for me was because he was so greatly lacking himself. Under my scrutinous gaze, I made an inventory of all the things that were wrong with him—they subconsciously justified the basis for our devastatingly long relationship.

I disliked him as much as I did myself. Given his willingness to continually throw himself into the fires of a sordidly complicated relationship, I believe the same was true for him. On that premise, we attempted to repeatedly build the (weak and deeply cracked) foundations of a life together. It is no wonder that even the slightest winds would bring the house crumbling down.

I can still recall the excruciatingly painful moments of complete and absolute despair I felt, and the life-altering decisions and mistakes that I made when in the midst of this storm of a relationship. There is so much to regret, but then nothing at all.

Such was the pain, that once it ended, it took me, with the help of a kind and effective therapist, almost a year to forgive myself for everything, but also for me to cease carrying the entire weight of the demise of this relationship.

Such a partnership can only descend into harrowing levels of chaos if both (yes, both) participants have failed to cultivate a sense of self-love and respect, and lack a healthy sense of self. You cannot even slightly like or respect yourself if you willingly subject yourself to such a union. And the only way out, as I painfully but eventually learned, is to truly love yourself. Something I neither understood, nor felt my entire life until then.

As soon as I let go of that relationship, I made a huge effort to change things. I did things that brought me joy; I moved and nourished my body and mind, I bathed in the love and support of my family and friends, and I devoured books on self-rejuvenation. I put in the work; I prayed, meditated, and went to therapy. I served my community. And unknowingly, I eventually fell in love with myself. And that, I now see, was and will always be the only panacea to all my (self-perceived or other) problems.

Self-love as a concept is so easily thrown around these days, that it can be hard to grasp the real essence of it. For me, it means being there for myself unconditionally—in good times and bad, when I’ve won or lost, when I look pretty or ugly, when I feel awful or great, when I am praised or criticized, when I’m being mature and when I act immature. I am there for myself when someone leaves or rejects me. I am there for myself when a friend walks away, or when a family member looks down on me. I take care of myself, and through these powers of self-reliance and self-soothing, I see that all I ever need is me.

If I have my unconditional love and support, I am able to do anything. I am disabled without it.

This journey of self-love, which I can only hope lasts a lifetime, is such a powerful lesson—one that is not easily granted, and is almost always accompanied by pain and suffering. It is so healing to be the phoenix that rises from the ashes.

I have come far. But no matter how much I dislike admitting it, I owe my growth to my former lover, whose purpose in my life I now fully and clearly see. I can only thank him for every bit of dysfunction we created together, for without it, I wouldn’t be the me that I am today—a me who I am so much in love with. 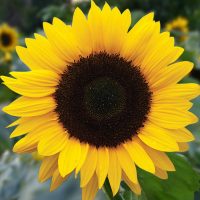 Nikita is just an ordinary girl with a passion for writing. … Read full bio