This is how my Father & I Dealt with our Grief after my Mother’s Death.

It was the bleak winter of December 2013 when I lost my mother.

Unexpected like all deaths are, this happened when I was not only far away from her in distance but also in terms of knowing anything about the level of her treatment.

She had been operated on in June, and I was there to squeeze her hand tight before she was taken to the operation theatre. I was there to witness the sudden weight loss during my meagre holidays. I was there to see the stitches joining her skin back together.

But I wasn’t there at the chemo sessions. I wasn’t there to buy her medicines from the chemist’s, nor was I there to hear her cries of anguish every night. She didn’t want me to know, and I can’t bear the thought of not being by her side every single day of my life.

There is something of this quality with all Indian parents.

As much as they like to poke their noses into our lives, they do not know how to take help in the real sense of how one takes help. They will take help through taunts, random jokes, and little quarrels, but they won’t directly come to you and tell you how they feel as a human. Maybe that’s a quality that resides within every parent and isn’t only limited to Indian parents—the quality of placing themselves as perfect deities in the lives of their children and being too hard on themselves if they cannot be that way.

This comes with the constant need to be the giver—always! It takes years for a parent to normally and healthily learn how to be a receiver of their children, and that has led to many painful stories.

My mother was a fighter in spite of keeping many of her battles silent to the spectators. She fought till her last breath against the treacherous cancer that changed the course of our lives. I don’t even know when was the last time I heard her voice as she was losing that too during the last few days of her beautiful life.

Her passing away twisted everything around us. From the end of morning hugs to the way we slept, there was a new perspective forced into our lives.

A few children, especially the only children in a particular family, tend to have a stronger bond with their mother. I was one of those children too, maybe still am as I converse with her through prose, poetry, lyrics, and all that I can weave my thoughts into.

The conversations with one’s father are somehow restricted to the weather, pocket money, education, and future plans. The mother is seen as the emotional caregiver, the one you can easily befriend, while the father is seen as the provider of safety and sufficiency, the one who helps you traverse the practicalities of life.

The good news is that the view of the typical father figure is finally making progress and blooming out of the confines of its emotionally limited bond.

Although it doesn’t change the fact that many of us have lived around easy-to-talk-to mothers and aloof fathers.

When I lost my confidante for all tough and fun things, it left a gaping hole in my heart. I learnt to grow around the never-depleting grief. Around this gaping hole, my father and I had to reinvent our communication wheel. Me, as one who had lost her mentor and best friend forever and my father who had lost, well, everything. 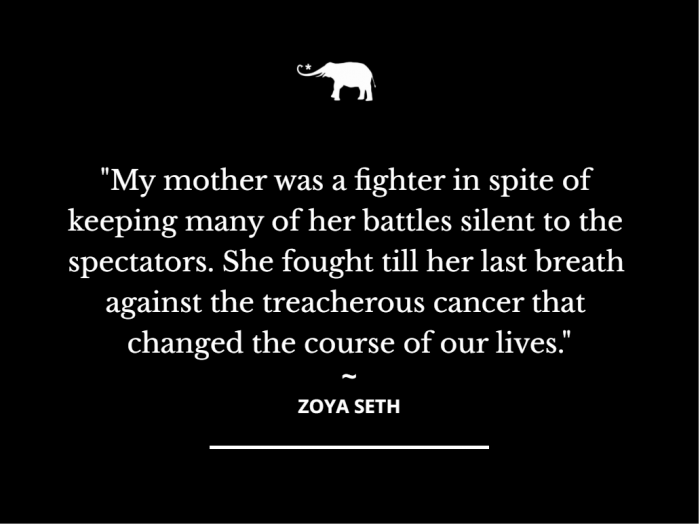 Then, I tried to renew my bond with my father in a whole new light and still continue to. How was the beginning?

The beginning was a mess; nothing has thrown me more off-route. Reworking my perspective and bond with someone I knew since the time I opened my eyes felt like a liberating yet incomprehensible task.

It took us years to build a healthy space to heal each other. After some time, it switched from being a task to an ongoing process of getting to know each other from the ground up—letting go of the preconceived notions, the forced ideas of the roles we are supposed to play for each other.

With time, we learnt to break each and everything that defined our relationship.

We weren’t aware of how strong this definition was, how solidly set by the society of which we played the puppet’s part.

The beginning was tough as it broke each and every stated rule and responsibility to lead the way to deconstructing unsaid patterns and roles. There is so much that goes into deconstructing and renewing the real meaning of a relationship—something similar to forgetting your birth language to give space to one you’ve never been around…ever.

I unlearned the notions of “the” father figure as someone who drives me around and buys me ice cream to someone I can have an emotionally challenging conversation with. Of course, we continue to have our share of volcanic disagreements, and that’s just a part and parcel of every nurturing and growing relationship.

All that smiles and shines is not gold and full of beauty, Shakespeare.

How did we learn the facets of this whole new relationship?

What leads to this shift is when you see someone who never breaks collapse in front of you. In that moment of Mumma’s passing away, I saw my father as a human who had lost everything and could not put up the façade of the so-called masculine figure who he was supposed to be.

My mother and his life partner’s death was the most violent earthquake we’ve ever witnessed—one that turned our house into a ruin that took immense courage to rebuild.

Through these years, I’ve met various facets of my personality—confusion, anger, ice-cold emotions, and vulnerability. Evolving from the abyss of pain and despair, I began to love and accept each of them, just as I started to understand more shades of my father as a person instead of limiting him with the role that society taught me to look at.

Of course, it isn’t easy at all! But none of the great things are, are they?

After many moments of denial and constant pain, I have finally learnt the essence of being my father’s caregiver as he is mine.

While Mumma’s perfume bottles continue to sit as they were last placed by her, we plan on practicing what she taught us: unlimited love.

Like the end of a strenuous trek where each step takes you to the magnificent mountain top, renewing our bond required a piece of our souls to take us up there. This helped me see the many shades my father is made of and expanded my vision of him as safety insurance to one who can also be my best friend, just like Mumma was.

This is my experience, and I hope to soothe your heart if you happen to share in this complex journey called Life. 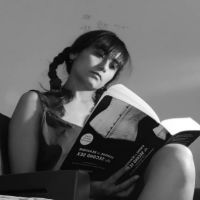 Zoya Seth is a practicing content marketer for six plus years, and when she is not working on her projects, she practices poetry and tries to work on her second book, due to b… Read full bio