There is always Good in the Hard & Joy in the Pain—if we take the Time to Look. 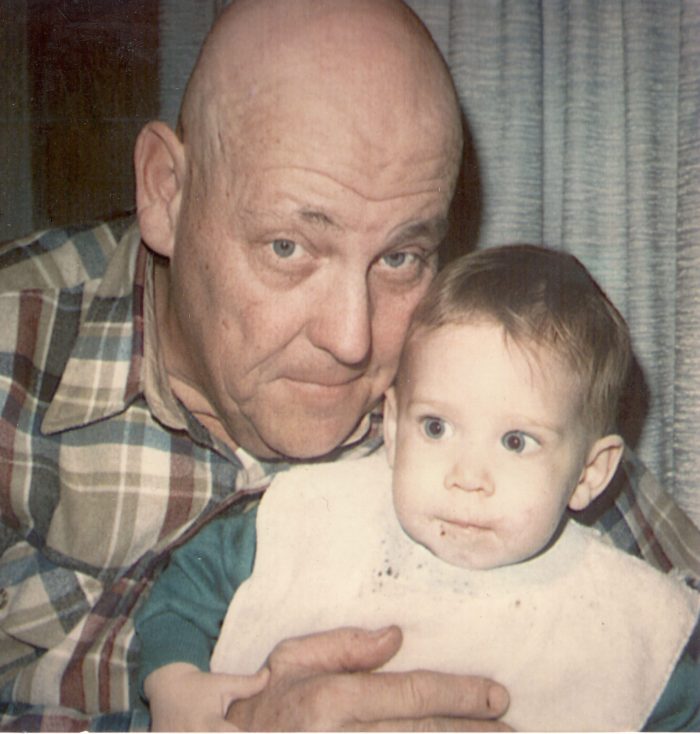 I was watching “The Graham Norton Show” recently and he had Minnie Driver on as a guest.

She had just released a new book—a memoir. She talked about how it was really a collection of stories about her memories and how she noticed that while she was going through certain events in her youth, life felt difficult, but now, with perspective, she realizes that there was always something good that came from these experiences. It was not something she noticed at the time, but only with perspective and time.

I have also experienced this phenomenon.

My father—my Daddy—was the first man I ever loved. He was strong and loving and strict, but fair, and he provided me with a good example of what a man should be. Sadly though, I also was one of the millions of children who experienced sexual abuse at the hands of another family member which left me with trauma, self-esteem issues, and self-destructive behaviors.

Both of my parents were supportive and tried to help me through my challenges, even though they had no idea why I was acting out until I told them about the abuse, which wasn’t until much later in my teens. So, to say we all went through some stressful times during those years is putting a pretty face on it. But we did get through it together, and I never once questioned their love or dedication to me. They were my bedrock.

One of the other constants in my life and my family has been the church and our faith. I was raised Presbyterian and have since become more non-denominational. But my faith, my beliefs, have always been a large part of my life, and my dad’s faith was always a strong example of that relationship—of how to be a good Christian and a faithful parent.

When I was 20 years old, I became engaged to someone my father was not fond of, however, for my sake, he accepted the situation. My fiancé (at the time) and I had dated on-and-off since our early teens (not that my father knew we were “dating” when I was that age) and decided it was time to get married.

Two months after our engagement, I started feeling like I had the flu, but after about a week I felt better and did not think about it again. When I went in for a regular checkup, the doctor asked (as they usually do) if I could be pregnant and I had to pause and think. I hadn’t had my period for a while, but that wasn’t unusual for me. I said I wasn’t sure, so when they drew blood, they tested…and yes, I was indeed pregnant.

Growing up, I can’t say I was never spanked but it was always from my mom. My father never showed anger that way; instead, he would tell me he was disappointed in me (which is so much worse!). So, while I knew I would not be thrown out onto the street, I was still scared to tell him that I was pregnant. My mom sensed it as I walked through the door and said, “You’re pregnant, aren’t you?” I could tell she was upset, but she had already started dealing with it in her own way, which made it a little easier to admit that, yes, I was.

When I sat down that night to tell my father, he got quiet. He was silent for almost five minutes and then he finally said the worst thing he had ever said to me: “Well, I can’t say I’m surprised, but I am very disappointed.” After that, he stopped talking to me. He was scheduled to leave for church camp two days later, and in those two days, he did not speak to me at all. Growing up, he always said, “good night” and “I love you,”—always, even if he was angry. But this time, he ignored me completely.

He left on his trip, but I’m completely convinced that God sent two wonderful women from our church to speak with him. They sat him down and said, “George, this is going to be your first grandchild. And this is your daughter, whom you love, how do you think you should be handling this?” I don’t know if it was their words, the Spirit working in his heart, or a combination of the two, but when he came home from camp, he was entirely different. He bragged and told people I was expecting his first grandchild. My supportive and loving dad was back.

And this change made all the difference in the world when, at eight months pregnant, my fiancé and baby’s father broke off our engagement to marry someone else. Looking back, with perspective, I can now see this as a good thing. At the time it was painful and horrible and difficult to be alone, but looking back, I dodged a bullet by not marrying this man. He had his own demons to deal with, which kept him from showing up fully as a father until our child was almost nine years old. Again, while I was in it, it felt like agony, but looking back it was a blessing. Him leaving saved me from experiencing greater trauma.

The second good thing that became clear years later was getting pregnant when I did. As painful and difficult to manage as it was, if I had not gotten pregnant when I did, my father would never have met his first grandchild. My son, Christian Thomas (named after my father, George Thomas) was born on December 15, 1988. My father died of a stroke on October 29, 1991.

He was able to hold Christian when he was only three hours old, something he didn’t even get to do with me or my sister because back in the day they didn’t let fathers in after the mom had a C-section. My father got to love on and play with and share his love of fire trucks and hiking and building things with my little boy for the time he was here, and had I not had him when I did, he would have missed out on knowing him. They would have missed out on each other. My baby is 33 years old now and he still talks about and loves his Pop-Pop.

As hard as that time period was—as painful and emotional and just all-around difficult as it was—it is perspective that allows me to say that I would not change one little thing about how it all happened. I think it is imperative that we make the effort to look back from the benefit of time and experience and see the good that came from the hard, the joy that came from the pain. The lessons learned or the opportunities that came about because of what we once saw as a negative.

Something good can always be found, if we take the time to look. 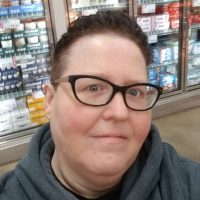