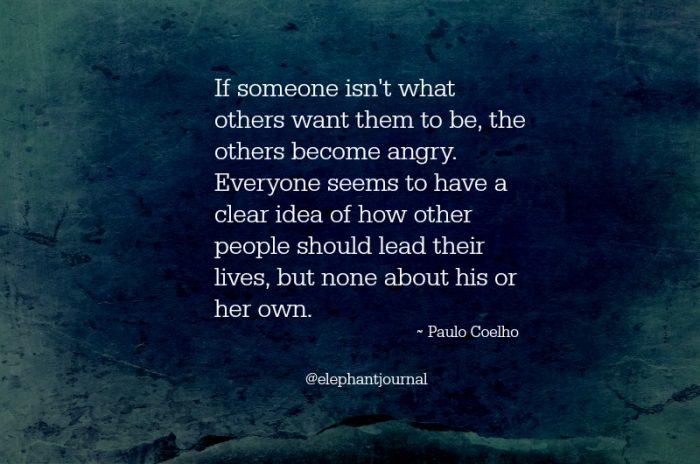 A friend’s birthday party, a bar with old co-workers, a restaurant. All fertile stomping ground for the backlash. The judgement. The suspicion.

“Do you want a glass of wine?,” they ask [whoever they are at that exact precarious moment].

“No, thank you,” I reply. Short. Concise. Practiced.

“Are you sure. We have red, white. The red is a really nice,” they inevitably persists.

Because they knew me in a past life where I did drink copious amount of wine. Where I savored a full-bodied, spicy red or crisp, clean white.
Or because they think I’m being polite for some reason by saying “no”. As if I think pouring a glass is some sort of inconvenience I don’t want to burden them with.
Or maybe because my not drinking makes them question their drinking. Perhaps they feel judged.

I’m left with a choice:

Do I gauge why the person is being persistent and try to put them at ease?
Do I politely refuse again and hope they get the idea.
Do I defer and request a glass of water?
Or do I dare to say, “No thank you. I don’t drink.”

Once a non-drinker admits they don’t drink, they immediate draw suspicion. We’re different. We don’t fit in with the social situation. We often put the host off balance.

It’s a weird phenomenon that I first discovered when I was pregnant but it was too early to tell anybody. Like many a pregnant lady, I blamed being sick and taking antibiotics for not drinking. But the one-eyed “hum” look came immediately from the host. Then the whispers behind my back, “Tracy’s not having a drink. Do you think she’s pregnant?”

Here’s what I’ve discovered then and now that I don’t drink at all.

It doesn’t matter why I’m not having a drink. Frankly, it’s none of anyone’s business.

There are hundreds of reasons us non-drinkers choose to stay dry. In my case, I have cancer. I have worked with a series of nutritionists who have convinced me that sugar feeds cancer and that alcohol converts to sugar. I have cut all sugar from my diet in hopes to see my 10-year-old son graduate high school. Therefore, I’ve cut all alcohol.

Talk about a buzzkill at a party, though. People have persisted long enough in why I don’t drink that I’ve actually had to say, “because I have cancer.” Then the persister feels like an ass and I feel like a jerk for making them feel like an ass.

In the big picture, who cares? What does it matter if someone chooses to drink or not drink?

Back in the days I was a drinker, I was just as guilty of judgment and suspicion of non-drinkers. When I hosted a party in my home, inevitably I made a signature cocktail. When someone refused, I was self conscious that they didn’t like it. Or I was wondering if they thought they were better than me because they didn’t drink and I did. Or I was concerned I’d get drunk and do/say something dumb that the only sober person in the room would remember.

Now that I don’t drink, I can reflect that none of that is what I’m thinking when I am in a social setting and I don’t drink. I feel ridiculous all those things went through my head. I never realized the sober person was probably more self-conscious about not drinking than I was.

In the end, we often think others are judging us. No matter which side of the social situation we’re on. Because of that, I often avoid drinking situations. Unless I know I can put on my thickest armor, I just stay in my judgement-free house where I can beat myself up about any number of things without the added judgement and suspicion of my drinking counterparts.

It’s sad I have to miss out, but it’s easier. Sure, I wish I could have a glass of wine and watch the sun set. But living is more important than 30 minutes of tannin joy.

Moral of the story, next time we’re in a social situation where a person says they don’t want to drink, offer them a glass of water or soda. Don’t give them the inquisition and don’t take it personally. Because as George Eliot said,

“What do we live for, if it is not to make life less difficult for each other?”

Good for you!!! I don’t drink much either, these days. And I love to karaoke, so when going into a bar, I’ve been ordering my favorite beer (which I don’t even like the taste of, anymore) and just “sipping” on it the entire evening. And most of the time, by the time I leave, the servers are throwing my almost full beer away. I felt self conscious not drinking, but I know I shouldn’t. So thank you for your article, I think the next time I go, I’ll have 7UP. And the people who question me about it- they can just pound sand. I’m done justifying something that shouldn’t be justified!!!

Michele – thanks for sharing. Ordering a soda can also save you money. Give it a try. Let me know how it goes after the next Karaoke night!

Sending you healing hugs Tracey. Good on you for not drinking. We don’t drink either and are much happier without it.

Krissy – thanks for sharing. It’s comforting to know there are so many of us out there.