I Quit Reading for a Man. 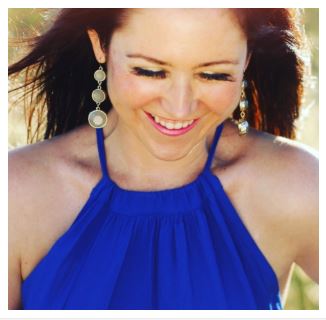 If we are to believe Shakespeare, The Seven Ages of Man are bookended by childhood. It is in these helpless states, ‘sans teeth, sans eyes’ that reading is entrusted to others.

The babe; all babble and bubble sits on her mother’s lap and is lulled to sleep with fairy tale. The geriatric; all gum and glasses sits on his hospital cot and is subjected to earnest students volunteering for credits. Save for misfortune, it is only ever at these ‘exits and their entrances’ that one doesn’t read for oneself.

If the ages of life were a sandwich, I am the slice of tomato. Neither embryo nor elderly, I am firmly wedged in the middle. And yet recently, as helpless as a babe, I outsourced reading to another.

It all began when a fellow bibliophile, one who shares the daily nauseating bus journey to the Chinese border, suggested a way to beat the bile.

At first tentative, I couldn’t reconcile the loss of the concrete. How could I possibly read in context without words where they belonged? Could I sacrifice the freedom to skim and scan; to pause, to ponder or to linger on static eloquence? Without the act of reading would I lose my place? Would I lose more than that?

I began with self-help. Surely audiobooks from the non-fiction aisle would be more fitting to listen to. Less in need of imagination. Less difficult to digest.

In any case it was obvious that I needed them. As the bus journeys wore on and I chewed through the self-help and my battery-life, I realized something.

The mornings opened. In the hour it took to trace the Kowloon Peninsula out to the South China Sea, my head lifted. I could take in the pumpkin sunrise; the vast ocean, the epic skyline. I could see.

But a nice view and a settled stomach, although pleasant enough, are not the kind of things that tempt one to quit reading.

Indeed, it took man to do that.

Finally, I found the courage to switch aisles. It was time for fiction. I had just watched Call Me By Your Name and I couldn’t let it go. I wanted more of it. I wanted the words. I opened the app and pressed purchase.

That was the morning my world cracked open.

In the award-winning film by director Luca Guadignino; Armie Hammer plays Oliver, an American graduate student who summers in Northern Italy with an antiquities professor and his family. He falls for the professor’s son, Elio, and they explore the raw torture of first love. The story is painful, exquisite, reaching.

In the audio version, Hammer narrates the story as Elio. Indeed, he is all of the characters. All of the words.

If you have ever found yourself deep in a sea-side cave with the intimacy of dawn at its entrance, then you know what it is to listen to Armie Hammer narrate.

His voice brought Italy to China.

The mouth of the Pearl River Delta yielded to the fields of Lombardy. Oil tankers morphed to fountains, highways melded to grassy fields. Everywhere was his voice telling me of eggs and pools and piano.

His tenor was the crackle of wood before it combusts. It flared golden with dawn. It hummed hot with intention. I was entranced.

By the time the story ended life fell into two categories; simply what went before and what went after.

Upon reflection, my response wasn’t simply to Hammer’s voice, although honeyed and unrelenting. It had triggered something. I had remembered childhood.

Before words on the page were mine to read, my father had read for me. Of an evening he would sit with my sisters and I and spin tales until we slept.

His favorite genre were Phantom comics. He would read the episodes, retracing his own childhood, and the room would fragment. Geckos became stallions. Curtains became vines. Shadows grew dense with jungle.

When camping, my sisters and I, snuggled in the tent, would hear our father by the fire. The words were indistinct but the tenor rumbled low with the embers.

The same rumble resonated through my headset as I traveled the highways of Hong Kong. Hammer’s narration was a revelation and enough to quit reading for myself.

A confession. I have employed hyperbole in the telling of this story. You probably noticed. I have not indeed quit reading. I still read daily whether from the page or screen.

But there are a few things I have quit.

I’ve quit being stuck in my ways. I’ve quit assumptions. I’ve quit thinking that to accept help is to lose something from myself.

Funnily enough, I have also quit my aversion to audiobooks. Indeed, in the spirit of vulnerability and in the words of the Bard himself, I wish to be read to until ‘the last scene of all.’

Wow. I had started on the audiobook journey, but it has fallen by the wayside, this inspired piece of writing has helped me get back on the audiobook wagon. Being read to is the most beautiful, relaxing thing. Thank-you for reminding me of this.

Oh I’m so glad you’ve been inspired to get back on the audiobook bandwagon! Thanks for taking the time to respond.

This is such a powerful, lovely, evocative and inspiring piece of writing. I loved reading it but I’d be happy to have it read to me.

Hee hee, I see what you’ve done there! Thanks for your kind words. ?

Now here some valid reasons for me to give audio books a try. Morning sunrises & wistful voices.
Brooke your words are simply sweet.

Thanks Sarah! Yes start with ‘Call Me By Your Name’. You won’t be disappointed. ?

HongKong and Italy…two places at once! I had never thought about audio books in the way you described…now you have stirred my curiosity..I can see how it would let the imagination fly. I’ve been looking for away to help our dyslexic readers to enter the magical world of books…Thanks Brooke. I am more amazed each time I read your work..you really have a gift…Go girl! No problem to share your beautiful work.

Gee thanks so very much! I’m so glad this piece had such an impact.