Youth Abilitation: Providing Urban Youth With the Tools They Need to Live a Full and Participatory Life.

“The actions and reactions of children are the barometer of society.  If they are in trouble, we are in trouble.  It is our job to listen to what is causing them pain and not inflict more pain by locking them up, medicating or labeling them.” –Taryn Hughes

“It was as if the back and front of my brain were having an argument. The front of my brain felt like I was at the ocean, I could hear the waves and feel the sun on my skin, while the back shouted no, you’re still stuck here, in jail.” So explained a child of twelve or thirteen to Taryn Hughes as he described how he felt in meditation. She recounted this story to me, one of many interactions she has in her work as the co-founder of ONE World Peace Day and the founding Executive Director and main instructor at Youth-Abilitation (YA), an organization that works with at-risk and incarcerated youth. Providing a comprehensive curriculum, YA offers mind-body practices and cross generational mentoring. Simply put, YA’s programming offers urban youth the tools needed to lead a full and participatory life, while also providing a better quality of life for those in jail.

Taryn grew up in Michigan, where her living experiences ranged from a home in the suburbs to smaller and more impoverished towns, exposing her to the variety of economic situations of varying communities. Her aunt was also a state psychologist working with youth in Detroit. Even at the age of nine, she remembers an interest in the well-being of other children and the circumstances that shape them. After dancing professionally for seven years and using movement therapy as a form of recovery for victims of abuse, Taryn moved to Los Angeles, where her early childhood interests met up with an adult sense of responsibility to an underserved population. A generation of youth looking for support.

Taryn describes the kids that she works with as “deep, creative, articulate, and…stressed.” I asked her to tell me more about this generation, and what makes up the environmental factors of at-risk youth. In L.A. County, almost every child could fall into this category. Even in the wealthier neighborhoods, the level of growth offers little support for youth, as school districts struggle with the fast expansion of the communities they serve. Other at-risk factors include being a minority, member of a low-income family, living in a violent neighborhood or speaking English as a second language. But no matter how many of these factors may be present in a child, YA consistently hears complaints of stress, and sees that it is also the top thing that adults fail to address. However the facts speak for themselves, with suicide being the third leading cause of death for adolescents, with a reported one in eight reporting symptoms of depression.

Many of these youth end up in jail. And for some, are given a sentence with no way out, with no chance of parole. Taryn also explained that, “not all juveniles sentenced to long-term or life sentences have committed murder or even a violent crime.” A report from University of San Francisco Law issued in 2007 stated that there are currently 2,381 child offenders serving life without possibility of parole in the United States while in the rest of the world, the total number of children serving life sentences is seven. Those seven children are all in Israel, with bans on issuing life sentences without the chance of parole to those under age 18 in countries such as Canada, Japan, France and the U.K. (Watch the story of one of the imprisoned youth, a woman named Sara, now age twenty-nine, on YA’s Juvenile Justice blog). Taryn pointed out to me the pressing human rights issue here, that individuals cannot simply be locked up and forgotten, with very little quality of life. YA therefore supports this life change through its innovative programming.

To create customized curriculum, Taryn teaches many of the classes personally to assist in meaningful program development, and also to create trust over time. She’s supported by a small team of talented instructors. The result? YA’s pilot study, Freedom on the Inside, “…thus far has had a tremendous effect on lowering the violence rates within the participating units. Case workers have noted emotional break-through’s in participants and racial related violence has been virtually eradicated in those units.  Participants receive mindfulness, yoga and meditation class twice per week and are given self-practice instruction and support if they are interested.”

An additional program for incarcerated youth is YA to the R-E-A-D.  Some of the juvenile halls don’t have a library, so YA coordinates distribution of books from Friends of the Santa Monica Library to the utility closets of each unit so the kids have something to read in their cells.  YA is also in the process of setting up a small book club where youth read motivating stories to keep their spirits high and, depending on the book, have a chance to hear the author speak on video or in person.

For at-risk youth on the outside, Youth Achievement through Movement and Yoga is an after-school program available in Los Angeles area schools for elementary and middle school students that offers a variety of learning tools from world music to photographs and illustrations. Students are taught life-long skills to support well-being, such as artistic and written expression, and effective communication during discussion forums. YA’s belief of quality over quantity is demonstrated through a commitment to work with the most disadvantaged populations twice a week, strengthening community support and long-term mentorship. Interestingly, these children, while affected, don’t have as quick of a turn-around as incarcerated youth reports Taryn, due to environmental factors that make them so stressed and over-stimulated. Whereas with kids in jail she said, “when you change the way you look at kids, they respond to you differently.” Because of their extreme circumstances, a shift occurs when a person speaks to them calmly and gently. Read the rest at eCo Times. 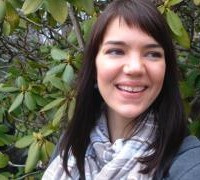