It’s fun scrolling through my 2009’s. Another best dance? YES PLEASE. 2008 for some reason got google on board and we had a party.

Again these are in order of play. You can click on the song title to listen.

1. GOSSIP: Heavy Cross– From the Album Music for Men this is the nerd stomping anthem. Or hipster stomping anthem- either way hipsters try to be nerds and nerds just are (are we sick of this scenario yet?). Nerds get crazy degrees and become Nobel Nuclear Physics winners. Maybe it isn’t so nerdy…. either way  it’s a “cruel cruel world”.

2. NOISETTES: Don’t upset The Rhythm– From the Album Wild Young Hearts. This is a vintage pop conglomeration of hot sexy black victory curls and superior guitar action. It’s Mad Men but it’s not. Steamy bells and a caramel chorus. Amy Winehouse look out.

METRIC: Help I’m Alive– This song is held personal and dear to my heart. It is a living room dance party anthem and girls you know who you are. This is a get drunk off shots, tear off your socks and scream the lyrics while spilling booze all over the hard wood floor. LOVE Metric. This Canadian band rocks it every time. Check out their new album Fantasies to catch the whole drift. Here is their acoustic version on Canada for Haiti.

CALVIN HARRIS: Yeah Yeah Yeah La La La– From the album Ready for the Weekend. You can’t help singing along. The bass in the this song could be described as God-like. It’s a groovy head pounder and it should be played way above a comfortable listening level. Get ready to shake your shoulders and your toes- goosebumps. I wish there this was real music video and not a coke commercial.

BEYONCE: Single Ladies (Put a Ring On It- Red Top Remix): For the “Don’t Mess With Me” ladies club. I see a lot of finger and neck waving. Total DIVA song (give me strength). Also a great hint for that boyfriend that you have lived with for years and have a kid together. Just sayin’.

BRITNEY SPEARS: 3–  Best “I go to the club, drink my face off, get super f%^$cked up and make out with a random stranger” single. It does not matter where you were when you heard this song some dj was mixing it and you never really knew what she was singing (Peter, Paul and who?) except boy did it everrrr sound good.  Here’s to Brit for shaping up!

80KIDZ: Getting You Off– From the album This Is My S**t– Pretty good rock’ n ‘roll electro dance blah blah blah. Everyone should dance by themselves for at least 5 minutes a day, it’s like Vitamin E times a hundred.

WE HAVE BAND: You Came Out– Dancing shoulder to shoulder in a hot sweaty club. Off the shoulder silver lame jumpsuits and hot pink biker shorts. The solo is a series of whistling with some chick singing about going deep down. You can’t go wrong. Am I right or am I right? The video is kooky and fabulous.

WOOLFY: Oh Missy (Extended Mix): Sexy guitar synth rock. This uber-hot sounding British bloke is apologizing the whole time for something and keeps singing about something that sounds like p*ssy but I think he is actually saying “Oh Missy” but it sounds like “our P*ssy”. That’s cool.

LENNY KRAVITZ: Let Love Rule (Justice remix single)- This is Lenny at his best since Are You Gonna Go My Way . He just belts it out about love and harmony and peace. It’s all about the love. Madonna is kicking herself for not having his love child. This Justice remix is better than the original.  an Amazing saxaphone solo. This should be written up in the books if there were some. The video is really weird.

CASSIAN: Final Round– Don’t get this band confused with Cassius although they do have a strikingly similar sound to the funky French music men. Mind you they are from South Wales Australia. Catchy beats avec lot’s of star bursts and synth filled gold.

PEACHES: I Feel Cream– This is off the I feel Cream album and yes it is quite creamy actually. Peaches is known for her tough girl dirty lyrics but this song (produced by Peaches herself) feels almost like her own personal proclamation to (good) trance, sweet soft and sexy Peaches makes a little bit of love to the mic. As a bonus we get a sweet ass rap at the end totally Peaches at her best and the build-up is completely genius. Peaches can do dance music like my dog licks his balls. It just comes naturally. Be prepared to get extremely hot and sweaty.

TESLA BOY: Spirit of the Night (Bestrack remix)- Because every night needs some magical Russian dance spirit. It’s kinda cheesy like MTV circa 2007 or maybe 1986 if your feeling generous. Very Lindsay Lohan. I think this guy really feels her pain.

OLIVER KOLETZKI: Hypnotized (Krabbe Remix Feat. Fran ••• #6 on the player)- Why is Hypnotism so popular with dance music? Why?? Maybe it’s cause people like to dance and stare at each other while mouthing the lyrics and doing the scissor over the eye trick. Just a guess. Make a subtle entrance into any club.

DELOREAN: Deli– From the oddly coined album Ayrton Senna. This song has the most curious feeling of bringing me to this place where hip hop never ever went. It is Brit (Spanish) rock meets the 90’s version of Rob Base and DJ E-Z Rock rap beats meets Enya. I swear to God it does.

BASEMENT JAXX: Raindrops– You know Basement Jaxx never fails to surprise me. Every new album that they release (beginning with Rooty) I hate but I kept listening and then at some point something clicks. It’s something animal. Something tribal. This beat is hard and fast, the vocals perplexing and poetic. These guys make weird ass dance music and that’s the beauty of it. Take it or leave it, Basement Jaxx don’t have time for anything or anyone but the dance floor. Their music videos are amaaaaazing.

GOLDEN SILVERS: True No. 9 Blues (True Romance)- From the album true Romance. It’s fun and fresh. definitely a song to cruise around in and be silly, head out the window hollering to everyone who needs to understand how much fun you are having.

WHITE LIES: Farewell to the fairground– I may be pushing it with this one. All I picture when I listen to this is a posse of skateboarders in Ohio breakin the law. It’s a song that a 16 year old Duran Duran devotee will probably  lose their virginity to (twice).

HARLEM: South of France– From the album Free Drugs 😉 This is hippy dance music as there are no electronic instruments except maybe a guitar. It’s raw and playful. It’s 1968 for those who didn’t get to experience it. Topless on someone’s shoulders with daisies painted on cheeks. Girlfriends of the Hells Angels. Beer drinkin’ music.

WASHED OUT: New Theory– From the EP Life of Leisure. Very very dreamy. This is the perfect dance song to sleep to. I think this band is from Georgia, US. It’s funny cause I can totally see young people skinny dipping somewhere on some beach in southern Georgia. Like, I totally thought that. 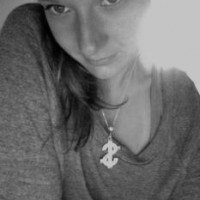