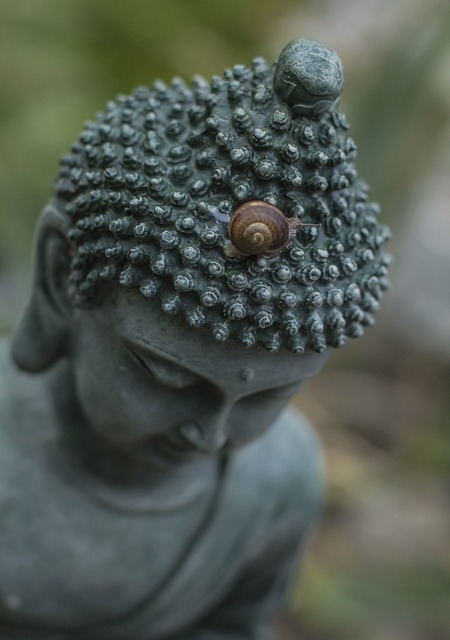 I was sitting at work sipping my tea and thinking about some of the recent blogs concerning women in Buddhism and sexual harassment in Yoga and though that it was getting rather serious (which is a good thing) but I wanted to take it someplace funny for a moment.  Then, it popped into my head

“If all the male Buddhist Bloggers were in a beauty pageant who would win?”

I know its a crazy concept but what can I say?  A weekend shift at the Library will do that to ya!  So, it works like this – I will list some of the Best Looking Male Buddhist Bloggers (IMHO) and below it insert a poll for you readers to vote!  So Vote Early and Often on which of these bloggers will enter G.L.O.B. [Gorgeous Lads Of the Buddhobloggosphere]

Remember, have fun with it!  Add some others in the comments if I missed some good ones.  These fellas spread the Dharma like mad and its a fun way of increasing some exposure.  I am also listing a few of my favorite female Buddhist Bloggers (although I will probably skip the Beauty Pageant angle).

~
The Reverend Danny Fisher ~ “I’m just a Buddhist Minister trying to benefit being. That’s all. Like anybody else, I’m also just trying to wake up. My role as a minister is simply about service. I see it as my responsibility to be avaliable to fellow practitioners of all traditions. This could mean teaching dharma if I am asked, or offering spiritual care and counseling. This could also mean pushing a broom in the Buddha Hallm or volunteering to help a neighboring temple of community that needs assistance. That’s all.”

Kyle – The Reformed Buddhist ~ “Maybe we can see that right intention or pure motive is really no motive at all. Is it possible to free our minds completely in this modern age with all its complexities and detail? Perhaps not, but wouldn’t it be worth it to look and see for ourselves? Understanding is not learned, but only realized.”

Nate – Precious Metal ~ “I was involved with a Death Metal band, Leukorrhea, for 8 years before life took it’s course and my career and “spiritual path” came to fruition.I am just a guy trying to have some fun, help a few people and raise some awareness on issues I think ought to be raised. Have fun while you’re here and feel free to leave comments and interact!”

John – Sweep the Dust, Push the Dirt ~ “I am a Zen Buddhist practitioner from the humble stretches of the South Jersey lowlands who is currently an expatriate to the Great Plains of South Dakota – Buddhist Purgatory.  I suffer and, well, thats it – I suffer.  You suffer.  We all suffer but in our own practice we can alleviate some of that suffering.”

Vince Horn – Buddhist Geeks & Numinous Nosense ~ “Vince Horn does his best to live as a modern monk. He spends part of his time in silence, meditating, introspecting, and pushing the bounds of spiritual development. The rest of the year he engages in the world, where he works primarily with spiritual media, writes for various online media sources, and barely manages to stay on top of his laundry. Fortunately his wife, and spiritual partner, Emily supports him with all of the above.”

Rod Meade Sperry – The Worst Horse & Shambhala Sunspace ~ “Rod Meade Sperry is the Shambhala Sun’s editor of web publications, and the brain behind TheWorstHorse.com, a site that has lovingly (and somewhat irreverently) documented the intersection of Buddhism, pop-culture, and subculture since 2005.”

Ethan Nichtern – The Interdependence Project & One City Blog ~ “Ethan Nichtern is the author of the acclaimed book One City: A Declaration of Interdependence (Wisdom Publications, 2007) and is currently finishing a novel….He is the founding director of the Interdependence Project and the host of the I.D. Project’s popular weekly podcast (available on iTunes). He is currently on the part-time faculty of Eugene Lang College at New School University in NYC, where he teaches Buddhism. Ethan lectures regularly at universities and venues around the country on Buddhism, meditation, contemporary culture, and activism.”

Rohan Gunatillake – 21Awake & Hear&Now Project ~ “first encouraged to explore Buddhist meditation on a Tuesday evening in Oxford by a monk of Chinese/Jamaican/Canadian origin who was ordained in Sri Lanka. My practice’s centre of gravity lies near the Theravadan and vipassana traditions and…In 2007 I spent a five month period training at various monasteries and centres in Sri Lanka, Myanmar and Thailand – a period which demonstrated to me the incredible value of practising in the root countries of whatever tradition you’re into. Fresh angles, special connections and mosquitoes abound.”

Well, there we are!  And what handsome bunch they are.