John Yoo, Torture, and the Law.

Moral, political and legal implications of the Margolis memo.

I can’t see much to like about John Yoo.

I think he should be fired from Berkeley. But maybe I’m wrong. Perhaps he’s just the most intellectually-gifted defender of some of the most extreme and morally repulsive aspects of US law, as Clive Crook suggests.

Recently, David Margolis published a memo reviewing the Office of Professional Responsibility report that had investigated possible ethical misconduct on the part of John Yoo and Jay Bybee in their role at the White House Office of Legal Council. Yoo and Bybee were responsible for drafting the so-called “torture memos.” The OPR report (pdf) found that they had violated serious standards of ethics. It referred these lawyers to their respective state bar associations for potential disbarment. James Fallows has called it this era’s Hiroshima.

Margolis’ report backed off this rather serious recommendation. You may hear a lot of different opinions about what this actually means, legally, ethically, or politically.

Yoo himself published a bold, not to say arrogant, op-ed piece in the Wall Street Journal that has gotten a lot of attention. The piece is called, “My Gift to the Obama Presidency.” In it, Yoo writes, “Barack Obama may not realize it, but I may have just helped save his presidency.” He claims that the OPR report “smeared” his reputation. “Rank bias and sheer incompetence infused OPR’s investigation,” he writes.

OPR’s investigation was so biased, so flawed, and so beneath the Justice Department’s own standards that last week the department’s ranking civil servant and senior ethicist, David Margolis, completely rejected its recommendations.

By way of introduction to this charged opinion piece, the editors of the WSJ offer their own lame defense of Yoo in an article they call “Vindicating John Yoo.” They open by claiming partisan slanders, leaks, and lack of ethical standards on the part of the OPR. But perhaps the strangest part of their introduction is the wild fantasy at the end. There, the editors of the WSJ write:

Mr. Margolis deserves credit for his independent analysis, but we also can’t help but notice the striking change of tone in the last few pages of his report. Mr. Margolis’s only duty was determining whether the Bush attorneys had adhered to proper ethical standards. On that question, he is unequivocal in saying they did.

However, at the end of his 68-page review he indulges in some superfluous commentary that Messrs. Yoo and Bybee exhibited “poor judgment” and that some of their legal analysis was mistaken. This is a matter of opinion—akin to writing an op-ed piece—unrelated to the question of whether they behaved unethically, and it is precisely the kind of judgment that Mr. Margolis says earlier in the report that he will not render.

His change of tone is notable enough that it raises a question of whether Mr. Margolis decided to add this concluding rhetoric as a way to propitiate Mr. Holder and to save at least some face for the AG’s protégés. Republicans should ask Mr. Margolis about this if Democrats proceed with their hearings.

Wow. That’s quite a claim. Fortunately for us, the Margolis memo is available in pdf. So we can see for ourselves what Margolis has to say.

In the introduction, Margolis states that he will engage in a “narrow” legal analysis, concerning himself only with the issue of ethical misconduct and the recommendation of referral to the state bar association. The OPR had also considered the legality of the torture memos themselves; Margolis passes up the chance to review these claims. Additionally, the OPR had investigated other members of the OLC, but Margolis focuses on Yoo and Bybee alone.

The “last few pages of the report” where “he indulges in some superfluous commentary” that the WSJ editors think was added to the otherwise narrow rebuke of the OPR in an effort to appease the politically motivated and (apparently) vindictive, Eric Holder. That addendum to the report is found in a section titled, “conclusion.”

There, Margolis makes it clear that, while the unclassified memos do not reach the very low level of ethical misconduct, they also do not rise to a higher standard and thus constitutes “poor judgment.” This certainly does not appear to be undue “editorializing” on the part of Margolis. This is the legal conclusion of the memo.

But, hey, don’t take my word for it. Here’s Margolis:

In contradiction of that high standard, the unclassified Bybee memo consistently took an expansive view of executive authority and narrowly construed the torture statute while often failing to expose (much less refute) countervailing arguments and overstating the certainty of its conclusions. Even though the memorandum was intended for a limited audience, Yoo and Bybee certainly could have foreseen that the memorandum would someday be exposed to a broader audience, and their failure to provide a more balanced analysis of the issues created doubts about the bona fides of their conclusions.

I find it strange that members of the media think of torture, human rights, the Geneva conventions as partisan issues. Some people will try to parse the definition of torture, claim that “terrorists” don’t deserve to have any rights, and that the US President is somehow above the law. As a public, it’s our job to figure out where we stand on these issues and to encourage our government to reflect our values.

Margolis has it right:

Because the subject memoranda have now been publicly released, the number of flaws and the significance of them can be debated The bar associations in the District of Columbia or Pennsylvania can choose to take up this matter, but the Department will make no referral. Now that the opinions that are the subject of OPR’s investigation have been released, I recommend the release of as much of this decision memo, the OPR drafts and final report, and the responses from Yoo, Bybee, Mukasey and Goldsmith that can be released consistent with classification or privacy concerns. OPR’s findings and my decision are less important than the public’s ability to make its own judgments about these documents and to learn lessons for the future. While some may view the public release of the OPR final report versus a referral to a state bar disciplinary authority as a distinction without a difference, the decision not to refer the matter to a state bar disciplinary authority results from adherence to traditional Department procedure. I firmly believe that Department attorneys are entitled to that much due process even in cases attracting significant public interest.

Rather than refer Yoo and Bybee to their respective state bar associations, Margolis refers them to us. The public. So, in other words, let the congressional investigations begin; and don’t be swayed by lame attempts to spin this issue. 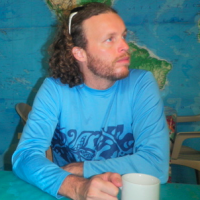