As fast as yoga grows in popularity in the west, yoga brands are exploding on the scene with equal intensity to satisfy our cravings for yogi stuff.

According to the Wall Street Journal, Americans are now spending a staggering $5.7 billion a year on yoga classes and products, according to a 2008 survey by Yoga Journal. That’s an 87% increase from 2004.

The growth of yoga and yoga classes is great, beautiful, inspired. The idea of more and more Americans getting off the couch, getting in an hour of yoga, reducing stress, finding balance, is a fantastic shoulder-width sized step in the right direction for so much of what ails us as a largely sedate nation.

But what about all the new brands? What about the fad factor? Yoga is very trendy. It’s also cool and hip, and that scares the hell out me. Could yoga simply become another expensive hobby for snobby rich people driving SUVs and Swagger Wagons?

When I attend my $15 Ashtanga class at the local shala, you know the cool one with great chai, gorgeous wooden floors, high ceilings and the giant dancing Shiva statue at the entrance…I see affluence everywhere. From the chic bags and mats to the growing range of really sexy, expensive yoga clothing, yoga is a sacrificial cash cow of opportunity for enterprising yoga companies.

Flip through any popular yoga mag and you’ll see what I’m talking about. The slick ads and gorgeous products are on seemingly every other page. They reflect a dreamy yoga lifestyle of well-being and bliss. These ads are overwhelmingly aspirational—and they compliment perfectly the promise yoga offers to so many experienced and aspiring yogis.

But, is this really what yoga is all about? The truth is that yoga is hard work. The rewards reflected in the branding are the fruit of dedication and practice.

So let’s just hope yoga doesn’t become drowned in consumerism. I like my Manduka Black Mat Pro as much as anyone. I use the occasional prop sometimes. But how much yoga stuff do we really need? I see some yogis and all of their branded stuff and I can’t help but think of that scene in Caddyshack where Rodney Dangerfield is going through the pro shop buying up everything he sees. I’ve seen that same scene play out at the local yoga store. The narrative follows something like this:

“I’m new to yoga and need some stuff.”

“Okay, well you’ll need a mat, a bag, a water bottle, some blocks, a strap, some of these new spring yoga pants, actually two pair, at least, and a couple of these stretchy, breathy new shirts. They’re perfect for yoga or running around town.”

An imaginary Visa spot runs in my head while I write this.

Looking the part of the perfectly branded little yogi: priceless.

This begs a question. How do we find that very yogic concept of balance when it comes to yoga and the yoga brands we buy? How do avoid the pitfalls of excess? It’s easy to fall.

Most of us work hard for what we have and we have a right to buy whatever we want. I get that. Great. Enjoy. It’s just that the gear and clothing are just coverings. Yoga should be about what’s going on inside our hearts and minds. Use the stuff; just don’t let the stuff use you.

Sometimes I feel like what we really need to do is find a park, endure the people looking at us strangely, and commence with our morning Surya Namaskara routines, Hatha practices, or whatever else we’re practicing. That would be closer to the source anyway, closer to the true spirit of yoga, right?

Either way, yoga is for everyone. Let’s make sure we keep it that way.

What does everyone else think? 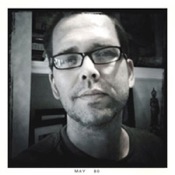