Awaken the Snake: a tale of Kundalini and Orgasm. 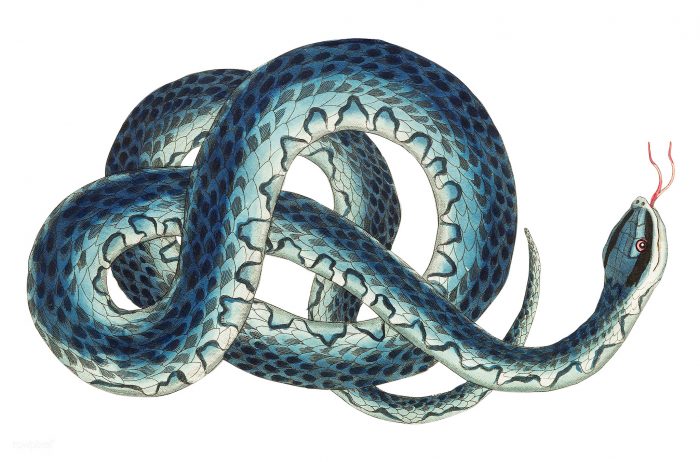 My personal experience of awakening the Kundalini Energy.

I originally wrote this article in response to the question: “How can I learn to feel my chakras?” from a student. In answering that question, I found myself writing about Kundali.

Kundalini is a vast reservoir of natural energy that lies dormant in most people, until ‘activated’. This activation is a process: it happens naturally and slowly as we evolve. But the process of evolution can be accelerated through disciplined spiritual practice. When the kundalini ‘awakens’, our consciousness changes: we become much more aware.

This article presents my own personal experience of this awakening…

The human body has a subtle aspect to it that we can call the subtle body. It’s as though the physical body wears an invisible glove, and that invisible glove is not only around the physical body, but also inter-penetrates it. The subtle body consists of many thousands of ‘Nadis’ (the Chinese call them ‘meridians’). According to the Vedas, there are 72,000 of these nadis, or energy pathways, in the body.

The Chakras are simply the places in the body where these energy meridians merge with each other (the word chakra means wheel, or junction). There are many chakras, but seven important ones:

One of the ‘aims’ of Hatha yoga is to awaken the dormant Kundalini energy (which is said to lie curled up sleeping at the base of the spine like a snake) and to raise it up through the chakras. As it goes higher and higher, various abilities are awakened; evolution is accelerated; and finally enlightenment is achieved when the kundalini goes up through the crown chakra.

The rising of the kundalini is a completely natural process: it will happen to all of us, at some point in our development.

However, in our modern society, our awareness tends to be very ‘gross’ – very dull and material-based. In ancient times people were much more oriented towards feeling rather than thinking, so they were more aware of this subtle aspect of themselves. Nowadays, we are not… hence the question “how can I feel my chakras?”

To answer the question:There is a very important pre-requisite to feeling the flow of energy, let alone feeling the chakras: you have to be totally relaxed.

Tension and stress block energy. You simply cannot feel it if you are physically or mentally tense. Many beginners to yoga have simply not yet mastered relaxation enough to be able to focus on the more subtle aspects of energy and chakras.

However, once we get to the point where we are able to fully relax, and to feel more, we become gradually aware of this subtle aspect of ourselves, and can come to know once again our own energy body. We begin to feel the flow of energy! Usually it feels like a cool breeze, or a warm tingling sensation, or perhaps a vibration. It feels at the same time physical and non-physical, and that is how you know that it really is ‘energy’. Once you feel it, you can focus your attention on it, and it gradually becomes more a part of your awareness. In my case, it took many years to achieve this (but I know that occasionally people are quicker). As you become slowly more and more aware of the energy, you sense that it flows in a certain way, and that in some parts of your body that flow is stronger. Usually the places where you feel it most strongly are the chakras.

The chakra feels like a ‘vortex’; like a whirlpool of energy. You should be aware that everyone feels them in slightly different places – so don’t ‘look’ for them. It is better to find them organically (without effort).

In addition:
Diet is highly important: you are what you eat. If you eat dense heavy food – meat, processed food, too much cooked food – then it will be very hard to access the more subtle vibrational body. If you want to experience a higher vibration, it is good to eat more fresh, raw, organic foods. A certain level of purity within the physical body is necessary before the subtle energy can be felt.

Exercise: the body has to be in good condition, and the more you practice energetic exercises like yoga, tai chi, chi kung, and so on, the more the physical body comes into ‘alignment’ with the energy body

Breathing exercises stimulate the flow of energy (the yoga breathing exercises are called Pranayama – which literally means “control of the energy”). You should first make sure that you know how to breathe properly.

Warning: it is well known that trying too hard to speed up this process can be harmful. I have heard of people who really lost their minds by coming into contact too early with Kundalini energy. It is extremely powerful, and if you are not ready, it can make you feel as if you are completely out of control. In my case, here’s what happened:

I studied yoga for about 5 years, going quite deeply into the physical aspects (exercises and breathing). I also began to meditate, and had immediate transcendental experiences of ‘stopping the mind’. I then took a very intensive yoga Teacher Training course. Two years later, I took the advanced Teacher Training course (ATTC – even more intense!), and soon afterwards began to experience (very strongly!!) the rising of the Kundalini energy, which lasted for about 72 hours…

I was in the Bahamas, where I was living and working in an Ashram, having just completed my ATTC. One afternoon, I began to experience what can only be described as ‘rushes’ of energy going up my spine – exactly the same feeling as an intense rising orgasm, causing a kind of ‘ripple effect’ through my body.

At first it was very pleasurable, and pretty amusing! Apart from the obvious physical pleasure, I was also very satisfied because I felt that this experience symbolized progress in my spiritual practice. But after a few hours I began to feel restless. After a sleepless night, I was getting uncomfortable and feeling mentally exhausted and disturbed; and after two days and nights I really wanted it to stop!!

I was lucky – I found that by focusing my intention, I was able to gradually slow down the rising Kundalini. I felt that I wasn’t ready for the experience I was having, so I delayed it. The reason I was able to do that is because a) I was very experienced, and b) I was in the ideal supportive and understanding environment of an ashram. Many people have not been so lucky – there are ‘kundalini clinics’ which have been established purely with the aim of treating people who have lost control of their lives, after prematurely raising the Kundalini. So be careful!

That was in 2003. Since then I feel the occasional ripple! I feel the kundalini rising, but much slower. I know that it’s better that way: it’s always better to go too slow, than too fast. Take things one step at a time, don’t rush. The journey is just as important as the destination, and our progress must be balanced, otherwise there will always be a ‘kickback’. Relax deeply, and all will go as it should. Relaxation is the foundation upon which everything good is built.

As a very wise man once said: “just relax, and enjoy!”