Jun: Nobody Wants us to Know About it.

No One Wants us to Know About it. So far, they are succeeding.

For centuries we have been nourished by fermented traditions. From the Russian kefir to the Korean kimchi. In the aftermath of kombuchagate more people are catching on to the benefits of fermentation. In the West there is an elite group of people who know of, and brew the finest form of kombucha, called Jun.

First time kombucha drinkers are always thrown off by the snot like cultures in the bottom of the bottles “oh that’s the good stuff, you want to make sure to drink those” your seasoned kombucha drinker tells you.
If we knew the exact, secret process involved in Jun (rhymes with hoon) brewing we would be busy brewing instead of writing this. While hard proof of kombucha’s existence can be traced back to Russia in the late 19th century, there is little to no information available about Jun. Jun cultures reproduce more slowly than kombucha and Jun takes days to finish brewing. The cultures of Jun eat raw honey and green tea rather than unrefined sugar and black tea. Jun is also more alcoholic, hovering somewhere around the 2% range, versus kombucha’s .5% . Jun is like kombucha and mead synthesized into one.

The oxygen bar Tonic, in Boulder, Colorado, (which had to acquire a liquor license to serve it’s Jun) and serves Jun made by Herbal Junction Elixirs, offers this in its menu about Jun: “Jun is a drink originating in ancient Asia. The earliest writings on Jun date back to 600 B.C in Northeast China where it was valued for its ability to open chi (energy) in the body and to increase its circulation.” No source is cited for this.

Where can Jun be found?

Jun is widely found in parts of western Tibet. Each province of China has a version of Chang beer, in some parts of Tibet the beer has Jun in it. Like all fermented things, when placed in contact with precious metals,the lively drink begins to lose its potency and enzymes.

My anonymous source first tasted Jun in Tibet, at a camp at the base of Mt.Kailash. At this camp a 40 year old Tibetan woman attempted to seduce him with a fine grade of Jun.
The closest thing to a store in this part of the country is a dirt hut with a half naked 5 year old selling soda out of a cooler (and a marketing genius with the going rate for a soda being $2 US).

The rarest form of Jun is the “snow leopard” and one taste gives the equivalent effect of trampoline jumping for an hour. The Bonpo monks who produce this fine Jun are of Taoist, Buddhist and Shamanic origins and were rumored to have been given heirloom cultures by Lao Tzu.

The most easily found and tastiest Jun in Tibet comes from the Khampa Nomads—former monks turned physical and spiritual warriors who learned their knowledge of how to make Jun from the Bonpo. The Khampa Nomad’s were trained by the CIA in the 70’s to try to kick China out. They took Jun so they would have superior fighting abilities against the Chinese. They are also guardians of heirloom cultures, travel on motorcycle with single long braids bouncing off their backs, flasks of Jun and swords on their hips.

Somehow Jun cultures have sprouted up all over the Americas, but few are trained in the alchemy of Jun brewing. Herbal Junction Elixirs, of Eugene Oregon ships Jun to a few select places, but the owner has kept his process for Jun brewing a tightly guarded secret.

For those fortunate enough to have drank Jun from Herbal Junction Elixirs and western Tibet, they report equality in taste, but the jing in Tibetan Jun to be superior. According to my source, “Jing is the thing that makes you levitate when you’ve got nothing to lose.”

Some Jun—kies speculate that the owner of Herbal Junction Elixirs has an heirloom culture from Lao Tzu and/or he learned to brew Jun in a monastery in Northern California. Jun critics agree that he probably studied with someone who had heirloom cultures. The true heirloom Jun cultures can not be commercially distributed ever. It would mean a perversion of something sacred.

The back of our Jun dealers car.

In recent years the Herbal Junction Elixirs’ warehouse was broken into twice and cultures were stolen. Some of these stolen cultures are now dispersed in Boulder and Hawaii.
My family’s Jun dealer uses one of the stolen cultures and over the years has perfected the Jun to taste like the Jun from Herbal Junction Elixirs yet also pleasantly original tasting. Our Jun dealer—who distributes mainly from his vehicle, plays gongs for the Jun while it brews, as he considers it a living, sentient being and will reprimand you for cursing around it. The first bottle is free.  The flavors range from “blood cleanser” and “acai berry” to “peace and love III”—our favorite. He brews his Jun with Rainforest Tea, which has sustainable practices.

What is the future of Jun?

GT’s Kombucha did an enormous amount of work to educate the public about kombucha, which no one has done thus far, for Jun.

When I spoke to the owner of the Tonic bar in Boulder, he stated he’d rather not answer questions about Jun and he wishes, “people could just enjoy Jun for what it is”. This implies buying the Jun at Tonic ($6 for 10 oz) and not asking further questions about it. The owner of Herbal Junction Elixirs would not return my phone calls or e-mails at the time of press.

The future is bright for Jun, with a high buzz unlike anything found in ordinary alcohol (probably because the drink is living) and alkalizing properties. How long until Jun is found on tap, in billiard halls and bars? Or at the least, the knowledge of Jun’s alchemy made more easily available instead of belonging to a small group of profiteering men? I think that’s what the Bonpo monks would want, since everyone deserves Jun. 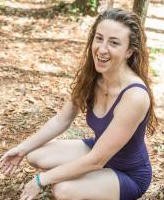 Emma Blue wants to be a mensch when she grows up. To inspire you to share your story and to wear fewer ungapotchke outfits. She finds eye contact, dancing and writing with sto… Read full bio