Stefanie Syman Answers Your Questions on ‘The Story of Yoga in America’ Past, Present and Future

Yogadork readers were asked to contribute questions for Stefanie Syman, author of The Subtle Body: The Story of Yoga in America, and she answered them! Even the sub-sub-questions. Huge thank you to readers for Qs and Stefanie for As. Read on for her insightful comments on the yoga industry, commoditization and deepening your practice in a world of yoga tchotchkes. Stefanie Syman was also interviewed on the writing process by fellow blogger and YD pal Bob Weisenberg – read it here on ele.

Reader Question:
Do you see the growth and commoditization of the yoga industry as a conflict to yoga’s grassroots beginnings, or a necessary evil? Is it comparable to any other time in yoga’s history?

SS: I see the commoditization of yoga as somewhat inevitable here; we live in a capitalist society that relies on consumer spending as our engine of growth, and we have no significant contemplative tradition. But let’s be clear, Indian teachers have exploited this aspect of American society as efficiently as American teachers have. Yogananda owes much of his early success to his popular correspondence courses and the variety of ephemera and media (much of it emblazoned with his own image) that his organization produced and sold. Then too, you can buy countless Christian and or Jewish tchotchkes (from bumper stickers to t-shirts).

I think there are several reasons that people get particularly upset by the “yoga industry.” The first is that it has been quantified, and it’s huge. Furthermore, marketers now see the “yoga mom” and its variations as a psychographic—essentially a consumer profile—to whom they specifically address their messages. (This happened before, in the early 1960s, but not at this scale.)

Reader Question: Does the Americanization of Yoga make it more difficult to return to a more humble practice, especially in regards to yoga teachers and the need make income? Has the level of popularity peaked, or is still on its way up?

SS: Many people believe that yoga teachers themselves are getting rich teaching a practice that enjoins adherents to refrain from greed. This is, by and large, not the case. I believe it’s still pretty tough to make a good living teaching yoga. (Of course there are exceptions, such as Bikram Choudhury, who have managed to amass significant wealth through their yoga based businesses.) And while this fact means that yoga classes can be pricey and retreats out of reach for many, there seems to be a trend towards offering donation based classes to accommodate people who can’t afford the regular fees. I’m not sure the growth of the yoga industry has peaked, but it’s certainly not proceeding as quickly as it had been.

Finally, I think the way sex and yoga are connected in advertising rightfully makes people wary about the status of yoga in America. All of this said, I don’t see any of this as a barrier to a deep practice. If anything, the blossoming of the “yoga industry” has made classes and teaching materials, from books to podcasts, more available. Students always need to be discerning about their teachers, especially when they are investing these teachers with the authority to help them bring about the radical transformation yoga promises (even if most of us don’t get so far in that process).

Reader Question: I looked at the index of the book the other day in the bookstore and wondered why there is no mention of Krishnamacharya’s son, Desikachar or my teacher, Srivatsa Ramaswami, who studied with Krishnamacharya for over 30 years, longer than anyone else did. merely curious.

SS: I had to make some really tough choices about whom to write about. Desikachar has definitely had an influence here. However, I was most interested in inflection points and why certain forms of yoga dominated in certain eras, at least at the level of popular discourse if not “on the ground.” And then, I had to tell a good story. By the time I got to the 1990s, I was trying to answer a single question: what brought yoga back? Which is to say, what made it cool again? And I felt that answer lay in fitness culture and the work of Jois and Bikram.

Reader Question: How much of the mysticism still exists in culture today and is enough to deter people from the practice?

SS: I think the mysticism actually draws a great number of people to yoga and always has. Many Americans, such as Margaret Woodrow Wilson, found the possibility of connecting with a divine presence enticing enough to withstand the rigors and disappointments of prolonged meditation. Now, this aspect of yoga seems most liable to deter people who are worried that practicing yoga might contravene their own faith—be it Christianity, Judaism, or Islam.

Read the rest of the interview on yogadork.com 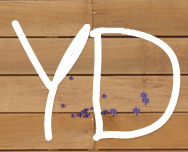 YogaDork.com is a blog about yoga to the max, offering commentary on the latest yoga news with wit and wisdom. Fun! … Recently featured in the New York Times —>YD… Read full bio