A Lesson in Religious Tolerance

By Caroline Hale and via our friends at New Era News. To read the full article, head over there.

One of the most important lessons you learn while wandering the rough and wild landscape of the World Wide Web is to never feed the trolls.

“Trolls,” as you may be aware, are the scourge of the internet. They exist to attract attention and incite moral outrage by saying ridiculously over-the-top and hateful things beneath a veil of anonymity…things that cause pointless arguments and frustration.

By not feeding them, innocent patrons of the internet ignore their comments so that the trolls learn to play fair—or return to their sad, dark basements and do not bother that particular forum or chatroom ever again.

Recently, a troll of sorts has appeared in sunny Gainesville, Florida—and boy, have we been feeding him.  His name, of course, is Terry Jones, the pastor of the non-denominational Dove World Outreach Center church. As Kristin Green puts it, Jones has taken it upon himself to make September 11th this year what he calls “Burn a Koran Day.” His justification is that Islam is “of the devil” and says, “maybe it’s time to send a message to radical Islam that we will not tolerate their behavior.” Never mind the message sent by helping to overthrow the Taliban in Afghanistan; Jones knows that him burning the holy book of 1.5 billion people will really show radical Islam what we will no longer be tolerating.

Such arguments lacking in any logic whatsoever are classic troll rhetoric. See the cut-and-pasted Bible snippets spouted by the Westboro Baptist church between slurs and stick figure diagrams of sodomy as another example. For both Terry Jones and Westboro’s Fred Phelps, the goal is not to inform people and change minds; it is to attract media attention and spur moral outrage. What, then, does Jones have to gain from this stunt? Besides the joys of being in the spotlight, being outrageous is just plain good for business. Until recently, Jones’ church property, on which he also lived and ran an ebay furniture selling business, was tax-exempt. In his free time, Jones sold copies of his book, Islam Is Of The Devil, and t-shirts, coffee mugs, and hats with the same slogan. Apparently, in modern times, intolerance can turn a pretty good profit.

Despite his booming business, Jones was not taken seriously by the locals. The Huffington Post writes,

“In this progressive Florida city of 125,000 anchored by the sprawling University of Florida campus, the lanky preacher with the bushy white mustache is mostly seen as a fringe character who doesn’t deserve special attention.”

To put it in my own terms, the residents of Gainesville were not feeding the troll. In January of 2010 they held a silent protest of the church’s anti-Islamic statements and insults of gays, and then went about their business of accepting others and ignoring the attention-seeking crazies.

Now that Jones’ plan for 9/11 has gained international media coverage, however, this one troll has been fed so much that he’s become dangerous. With each additional hit on his website, the stereotype of American intolerance and ignorance is repeated to the rest of the world. Each new “fan” to the facebook page “International Burn A Koran Day,” even those who only joined so that they could comment on how wrong the page was, adds to a statistic people will use to gauge public support of his ideas. General David Petraeus warns of the holy book burnings, “It is precisely the kind of action the Taliban uses and could cause significant problems. Not just here, but everywhere in the world we are engaged with the Islamic community.” Yet is it really the few dozen holy books burned that cause global tension, or is it the fact that millions of people are now following this story because they’ve been told implicitly that this is significant, that it’s representative of religious people, or Christians, or Americans as a whole?

To further complicate things, this year, the celebration of the end of Ramadan, Eid ul-Fitr (the Islamic Christmas, if you will), coincides with September 11th. The Islamic calendar is based on the stages of the moon, so its timing this year is entirely unrelated to the anniversary of the World Trade Center attacks. However, between the coverage of the non-mosque not on Ground Zero (for the record, Cordoba House is approximately as much a mosque as the YMCA is a church, but that’s for another story) and the coverage of Burn a Koran day, Muslims in Americaworry that other Americans will associate their celebrations of Eid with a celebration of 9/11…

To read the full article, head over to New Era News. 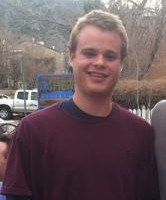