Remember When We Were Tolerant?

The Moslem call to prayer may soon be a familiar sound in Washington, for the finishing touches are being put on the first mosque to be built in the nation’s capital. Conceived and financed jointly by eleven Moslem countries with diplomatic representation in Washington, the mosque is one of the newest additions to Massachusetts Avenue “Embassy Row.” With its slender, graceful 160-foot-high minaret, the mosque dominates the skyline in northwest Washington.

Note the equanimity—no, the delight—with which Otten describes the addition of a mosque to that most American of locales. Slender? Graceful? Can this really be? She goes on to gush: “The mosque will be authentic in every detail.” And later: “Even now, before work is completed, the Islamic Center and the mosque have become a regular stop on the Washington sight-seeing itinerary.” She goes so far as to call it a ‘“Mecca’ for Tourists.”

The words “splendid,” “magnificent,” and “fabulous” appear with no trace of irony whatsoever.

Otten makes no mention—underhanded or candid—of resistance to the project. There is no outcry to speak of, no discomfort on the part of Washington residents. To the contrary. Groups of “Boy Scouts, high school seniors, women’s clubs and other visitors” all stop by to marvel at the architecture, to take part in cultural-exchange programs and even to observe prayer sessions.

Now, guess when the article was published.

It’s probably fairly obvious that it had to appear pre-9/11, but I think you’ll be surprised by just how pre- it was.

In August of 1954, when the article was written, our nation wasn’t exactly a paradigm of inclusiveness. We’d just come back from the Korean War having authorized the 38th Parallel; the Civil Rights Act was still ten years away, and the world had never heard of Rosa Parks; schools had only just been desegregated; homosexuality was legally obscene (Allen Ginsberg’s publishers would shortly be sued for printing “Howl”); and Japanese internment was a vivid, intact memory.

Nonetheless, Jane Otten could write an article that spoke of minarets as though they were as innocent and uncharged as chairs—because fear had not yet dwarfed cognition.

Now we have this:

“[There were] catcalls and boos from among the 400 people who packed the gymnasium of a community center” to protest the construction of the pejoratively dubbed ground-zero mosque. –Paul Vitello, NYTimes, June 10, 2010

“…heated confrontations have also broken out in communities across the country where mosques are proposed for far less hallowed locations.” – Laurie Goodstein, NYTimes, Aug. 7, 2010

Had Vitello or Goodstein or Hernandez written in warm, enchanted tones, as Otten apparently could, they would have been—well, first crucified, but also—remiss.

An article written exclusively in praise of the mosque’s architectural design or its lecture series would have had to leave out the part where hysterical crowds shout things at a guy in a do0-rag because they think he is Muslim. A positive spin on this story would have to ignore the part where millions of Americans think Islam is a bad word. The part where a nation’s citizenry is so crippled by fear, it forgets itself.

But, praise Allah, the news isn’t all bad:

The feisty and outspoken Mayor Michael Bloomberg supports construction of the center and says so every chance he gets.

It looks like the Cordoba House (the center’s real name) will be built despite the protests.

And, even under all the pressure, Imam Feisal Abdul Rauf, chairman of the Cordova Initiative, managed to publish an uplifting NYTimes editorial on September 7th, 2010. In a compassionate tone, he urges his critics to recognize the fundamentally American objectives of his project: “…to cultivate understanding among all religions and cultures,” “…to strengthen relations between the Western and Muslim worlds and to help counter radical ideology.”

Instead of assuming a defensive posture, he’s empathetic, noting that the outcry “reflects the degree to which people care about the very American values under debate: recognition of the rights of others, tolerance and freedom of worship.”

Sounds like the ground-zero mosque will do more to preserve the country’s ideals than a million tea-partiers wearing flag lapels. But that doesn’t surprise Elephant readers, does it?

Now let’s hear about that architecture. 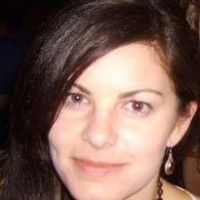