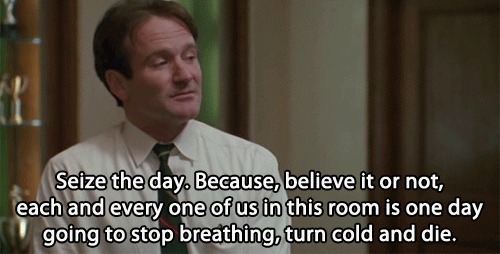 Death comes without Warning. This body will be a corpse.

This Precious Human Life is but a Bubble. Seize the day. Rejoice and be of benefit.

Of Carpe Diem, or the Buddhist Four Reminders.

“A little while and I will be gone from among you, when I cannot tell. From nowhere we came, into nowhere we go. What is life? It is the flash of a firefly in the night. It is the breath of a buffalo in the wintertime. It is the little shadow which runs across the grass and loses itself in the sunset.” ~ Chief Crowfoot

…and it reminded me of something I grew up chanting, studying, practicing…

Joyful to have Such a human birth, Difficult to find, Free and well-favored.

But death is real. Comes without warning. This body will be a corpse.

Unalterable Are the laws of karma; Cause and effect Cannot be escaped. Samsara Is an ocean of suffering, Unendurable, Unbearably intense.

Even after years of [Buddhist] Dharma practice, it is still quite likely that we will adhere to a strong belief that the world is solid and unchanging. Clinging to the appearances of our world, we take their reality for granted—to the point of completely forgetting the profound Dharma we have learned.

As simple as they are, the four reminders can reverse our habitual patterns of forgetting the preciousness of human life, ignoring impermanence and death, pretending that the immutable laws of cause and effect do not operate, and chasing headlong after pain in the guise of seeking pleasure. They are the first step in confronting our extreme beliefs about the existence of our world.

Each of the reminders brings home the unerring message of change and the opportunity we have to practice meditation and study the teachings of the Buddha in order to gain insight and awakening in this lifetime. The second reminder—impermanence and death—is especially poignant and direct.

When His Holiness the Sixteenth Gyalwang Karmapa was attending a luncheon at the United States Congress, a Congressman asked him, “If Your Holiness could summarize the teachings of the Buddha in one sentence, what would that be?” Without hesitation, the Karmapa replied, “Everything changes.” Similarly, when a student asked Suzuki Roshi to put the entire message of Buddhism in a nutshell, he simply answered, “Everything changes.”

The four reminders have been expressed repeatedly by all lineage holders. Over the years we have translated a number of such liturgies, which appear in the Karma Kagyü ngöndro, Dispelling the Darkness of Ignorance, and Pointing Out the Dharmakaya, all written by the ninth Karmapa Wangchuk Dorje; and in various Nyingma ngöndros such as the Longchen Nyingthik by Jigme Lingpa, the Könchok Chidü by Jamgön Kongtrül, and the Rangjung Pema Nyingthik by Dilgo Khyentse Rinpoche. For several years, Sakyong Mipham Rinpoche has emphasized our need to do contemplative practice. At the 1999 Seminary, he used the Vidyadhara’s pithy version of the four reminders as an object of contemplation. He also devoted several chapters of Turning the Mind into an Ally to the four reminders, giving instruction on the importance and the method of contemplation.

How do we “turn our mind into an ally?” Through hearing, contemplating, and meditating on the teachings of the Buddha.

First we need to hear the dharma, whether in Sanskrit, Tibetan, French, or Polish. We listen with our ears, read with our eyes, and absorb with our hearts and minds.

Next, through contemplating, we sink into the meaning of what we have heard. We no longer skim the surface of existence. Rather, we plumb its depths to discover the jewel of dharma hidden there.

Finally, in meditation, our mind and the dharma meet, like rock meets bone.

The four reminders expose the bone-jarring experience of our daily life, which we usually try to pad with material comfort. They lead us away from our preoccupation with avoiding pain and seeking gain, and guide us toward seeing the true nature of our mind and our world. Then, having glimpsed things as they are, we are inspired to devote ourselves to benefiting others.

In early 1974, the Vidyadhara Chögyam Trungpa Rinpoche composed the following text of the four reminders in response to the need of his students, who were just beginning the Kagyü ngöndro practice. It was likely composed in English, based on traditional sources, since the Tibetan texts for the ngöndro were not available to him at that time. This last year, we reprinted this, along with the Kagyü ngöndro text version, as a one-page liturgy for contemplation. Here is the Vidyadhara’s composition… 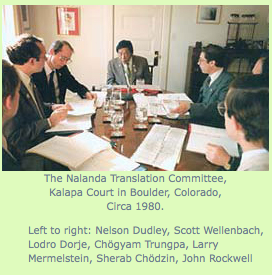 “We are food for worms. We’ll stop breathing, turn cold and die.” What will your verse be? You can, if in a hurry, skip ahead a bit. Or, better, seize the day by slowing down into the present moment, and appreciate it all (I’ve added a few versions ’cause youtube keeps deleting old versions and none below seem entirely complete).

“I have been a sentient being, a thinking animal, on this beautiful planet, and that in itself has been an enormous privilege and adventure.” ~ Oliver Sacks

“I can’t stand it to think my life is going by so fast and I’m not really living it.” ~ Ernest Hemingway

“The trouble is, you think you have time.” ~ Jack Kornfield

“One of the illusions of life is that the present hour is not the critical, decisive hour. Write it on your heart that every day is the best day in the year. No man has learned anything rightly, until he knows that every day is Doomsday.” ~ Ralph Waldo Emerson

4 Reminders to help us appreciate every day of this life.