Part 1 in Series: Pros & Cons of Bikram Yoga – In the early 70’s Bikram Choudhury launched a yoga revolution. Using a specific sequence of 26 postures & 2 breathing exercises, the flamboyant Beverly Hills yogi created a methodology that’s still growing in popularity worldwide. Below are 8 elements which set Bikram Yoga apart as a radical departure from styles of yoga that dominated before his arrival.

Bikram Tap Dancing Up the Spine

1. Everyman’s Yoga – Bikram designed a sequence of postures most every American can do. He made it physically challenging. But unlike more pretzel-ie styles of yoga, Bikram was determined to accommodate stiff dudes, round bodies, humpty dumpties (injuries from accidents, all kinds of chronic medical conditions & bodies falling apart from poor lifestyles), gym rats, athletes, arthritis sufferers & almost any other condition you can name.

2. One Playing Field – Bikram eliminated the hierarchy of class levels by declaring his beginning yoga class was for all levels from complete newcomers to the most experienced yogis. In other styles students were often required to sign up for a sequential series of classes within their designated level that happened once a week at a particular time. If a studio member skipped her class, she had to wait until next week and hope you had not missed too much to be able to practice with the rest of the class. Bikram said, “Practice as often you can. Since all Bikram classes have the same challenging routine, come to whichever times work in your schedule.” This democratization of yoga simplified the process of establishing a reliable brand so that studio members loved the flexibility of being able to attend any class. What’s more, people visiting other cities could feel confident about what to expect in taking classes in unfamiliar Bikram studios. The convenience of One Playing Field in class schedules has seeped into many studios in other yoga styles.

3. Heat, Steam & Mirrors – Pumping heat and steam into the yoga studio is like giving ordinary Americans a telephone booth into which to step & don their Superwoman/man cape. If you have not tired it (By trying it, I recommend taking a minimum of 4 classes within 10 days. This concentrated dose of yoga will give you a good sample. Looking into the mirror on the wall can reflect much more than physical alignment. Staring into your own eyes can be a wonderful gateway into your soul (atman) or an opportunity to confront self-image issues.

4. Teachers Teach. They don’t Practice when Teaching – Before Bikram barged onto the world yoga stage, most yoga teachers rolled out their mats at the front of the class so they could demonstrate postures while speaking instruction. Ardently opposed this conventional approach, Bikram demanded that his teachers focus 100% of their attention on studio members to provide superior service. Bikram’s approach makes it much easier to consistently correct the myriad nuances that go into developing a successful yoga practice.

5. Savasana Sandwich – Savasana is the bread on either side of Bikram’s floor postures. Bikram says most of the healing in a yoga class happens in Savasana. This is the great integration posture. The miracles attributed to yoga practice unfold in the deepest states of relaxation. What’s the best way to clean a dirty sponge? Soak it in hot water. Then you squeeze the sponge hard. And you repeat these 2 steps until the sponge is clean. Savasana is soaking in the pure energy of Shakti (i.e. hot water). Active asanas are like squeezing the sponge. Bikram calls it “the tourniquet effect.” See below. Even during Bikram’s Standing Series, there is a pause between asanas that can be like a standing Savasana for the yogi seeking the maximum Shakti soak.

6. High Rehab Value – Thousands of broken bodies hobble into Bikram studios and walk out feeling rejuvenated. I realize what I’m writing sounds farfetched. But I’ve seen it firsthand many times in my own yoga studio. Rheumatoid & osteo arthritis, knee injuries, spinal rods, vertigo issues, agonizing back pain & on & on. One woman with a double lung transplant had suffered terrible migraine headaches for years until she attended a month of Bikram Yoga. Then the pain was gone & didn’t return. This woman was a highly active athlete. So you can’t attribute this miracle to simply getting her body moving and her heart rate up.

6. Tourniquet Effect – In yoga asanas Bikram discovered that by temporarily cutting off blood flow to specific body parts, the body would suddenly receive tremendous benefit when the practitioner came out of the posture. Overall body circulation and endocrine function improved. Bikram attributes many of the miraculous healings associated with Bikram Yoga to this phenomenon which he dubbed ‘the tourniquet effect.’

7.  Practical Workout – In 90 minutes students challenge every part of their body. In their very first class newcomers routinely report feeling a tremendous sense of accomplishment. Bikram raised the bar regarding a simple regiment that could be practiced again and again with tremendous ongoing benefits.

8. Strutting to Mukti – Bikram shattered the goodie-2-shoes attitude so prevalent in yoga. In 1992 when Bikram arrived at Kripalu he shocked every disciple by strutting into the Main Chapel wearing a bright silk robe & hurling F-bombs seated next to our guru Yogi Amrit Desai. No one had ever done such a thing. And he laughed at our childlike innocence. Characterizing Bikram as insensative would be unfair. He just possessed his own brash nature. And, like water is wet & sugar is sweet, Bikram is a man who expresses himself without apologies. Personally I felt liberated from my own habitual constraints of excessive self judgments when I spent 9 weeks with Bikram in 2000 doing his Yoga Teacher Training. Just before completing his certification program Bikram told my fellow graduate trainees that we were now licensed to kill like James Bond 007. Okay, it’s corny. Maybe sophomoric. But the guy makes yoga fun. For anyone with an all-too-serious disposition, Bikram’s humor can be positively liberating. (BTW: Mukti translates as Liberation which is the goal of every yogi.)

My next installment is called 8 Pitfalls of Bikram Yoga. I hope these blogs inspire a healthy discussion of the pros & cons regarding various aspects of Hot Yoga as well as the bigger picture of yoga. Please chime in if you can add other unique elements to Bikram Yoga. 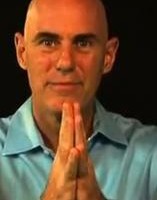